Car that hit crowd in Charlottesville was registered in Ohio, records show 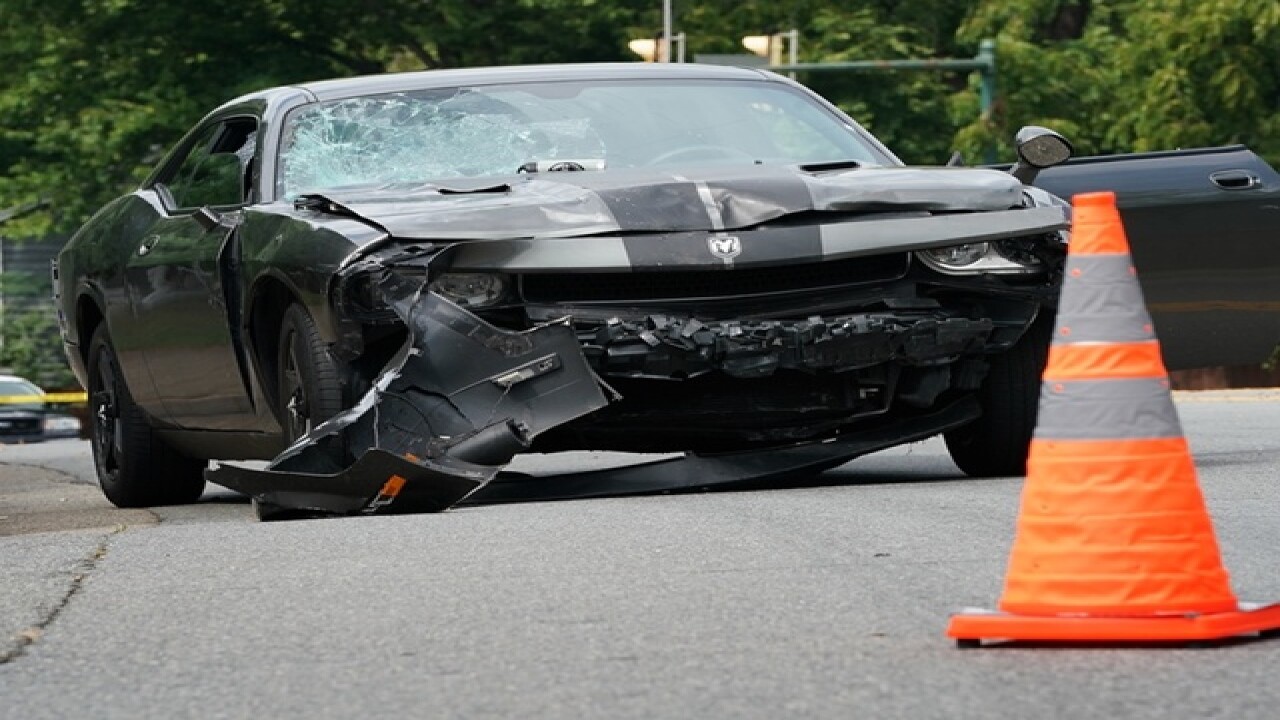 The vehicle that plowed into a crowd of Charlottesville counter-protesters Saturday afternoon was purchased in Northern Kentucky and registered in Ohio, records show.

The car slammed into a crowd of people peacefully protesting a white nationalist rally in the Virginia college town, killing a 32-year-old woman and injuring at least two dozen more, authorities said.

The vehicle was purchased in June 2015 from a car dealership in Florence, according to a Carfax report. The vehicle’s registration was renewed in Maumee, Ohio in 2016, the report said.

A state official said the driver of the car is in police custody, but it is not clear if the driver owns the vehicle.

Virginia Secretary of Public Safety Brian Moran said the driver, a man, has been arrested. Moran did not immediately provide a name of the driver.

The chaos boiled over at what is believed to be the largest group of white nationalists to come together in a decade: the governor declared a state of emergency, police dressed in riot gear ordered people out and helicopters circled overhead.

The group had gathered to protest plans to remove a statue of the Confederate Gen. Robert E. Lee.