Driver killed in bus crash at Alabama-Florida line; band students were on board 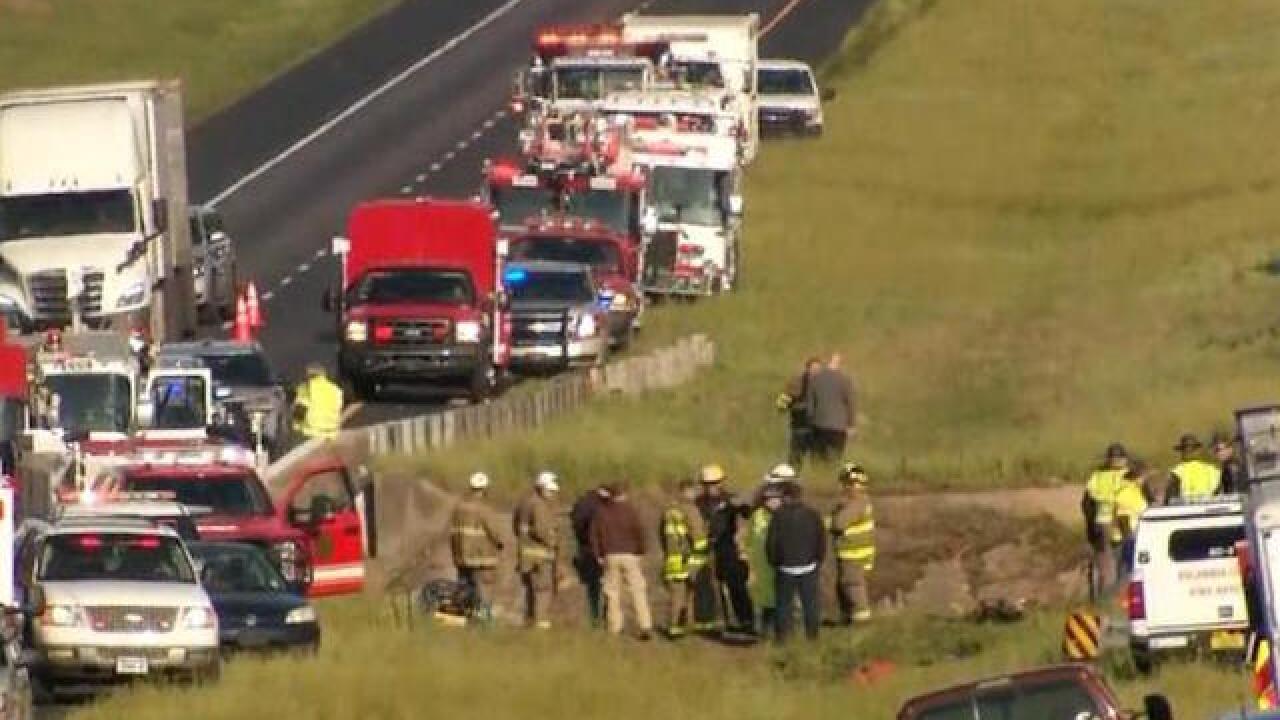 The crash and rescue effort closed down Interstate 10 in both directions near the Florida state line.

The bus struck a bridge support when it landed in the ravine, and inspectors need to make sure the bridge is sound before reopening the interstate, he said.

A wrecker was pulling the bus out of the gulley as Alabama State Trooper Capt. John Malone spoke to reporters.

"The bus came to rest on one side down in the ravine. Those had to either be brought up by ropes or rappelling individuals from the fire department during the rescue operation. Some were carried out by either deputies or other law enforcement," Baldwin County Sheriff Huey Hoss Mack said, explaining that the depth of the ravine complicated rescue efforts.

First Class Tours, which operated the bus, identified the driver as Harry Caligone, a longtime employee of the company

"We are deeply saddened for this loss. We offer our heartfelt condolences to his family," the bus company said.

Mack said several injured people were taken to 10 hospitals in Baldwin County, the Alabama cities of Mobile, Daphne and Fairhope, and Pensacola, Florida. He estimated there were about 45 people on the bus.

Sacred Heart Hospital in Pensacola received 18 of the patients, according to its website.

Six or seven Medevac helicopters transported patients to hospitals, the sheriff said. One patient remains critical, he said, and five are in serious condition. The rest of the injured, including a Baldwin County deputy hurt during the extrication process, suffered minor wounds, he said.

A video of the crash showed a bus on its side in a grassy aqueduct as rescuers with flashlights scoured the area. Firefighters looked down from a bridge, a line of emergency vehicles lining the road leading up to the bridge.

The bus' front axle appeared separated from the vehicle and at least two doors to luggage compartments had been ripped off the side. The roof of the bus also appeared damaged.

The bus was traveling west, carrying the students home from Central Florida when it drove into the median on Interstate 10 and then into the ravine at Cowpen Creek, about 5:30 a.m. (6:30 a.m. ET), Mack said.

The creek runs through the ravine, and there is water in the creek, but the bus did not land in the water, said Baldwin County Sheriff's Maj. Anthony Lowery.

The last victim was extricated from the crash shortly before 9 a.m. (10 a.m. ET), Mack said.

"The next thing we needed to do was get blankets up here. Of course they were cold. It was 40 degrees this morning."

Mark Kramer, a spokesman for Channelview Independent School District in unincorporated Harris County, Texas, said, "A charter bus transporting Channelview High School band students was involved in an accident on Interstate 10 in Alabama early this morning. At this time, details are limited."

First Class Tours said in a statement that the bus was carrying students home from Orlando, Florida, and the company is cooperating with investigators.

"Our prayers are with the injured and their families at this time," the statement said.

Baldwin County runs up the eastern edge of Mobile. Bay Minette is its county seat.