China warns of countermeasures after US orders closure of Houston consulate 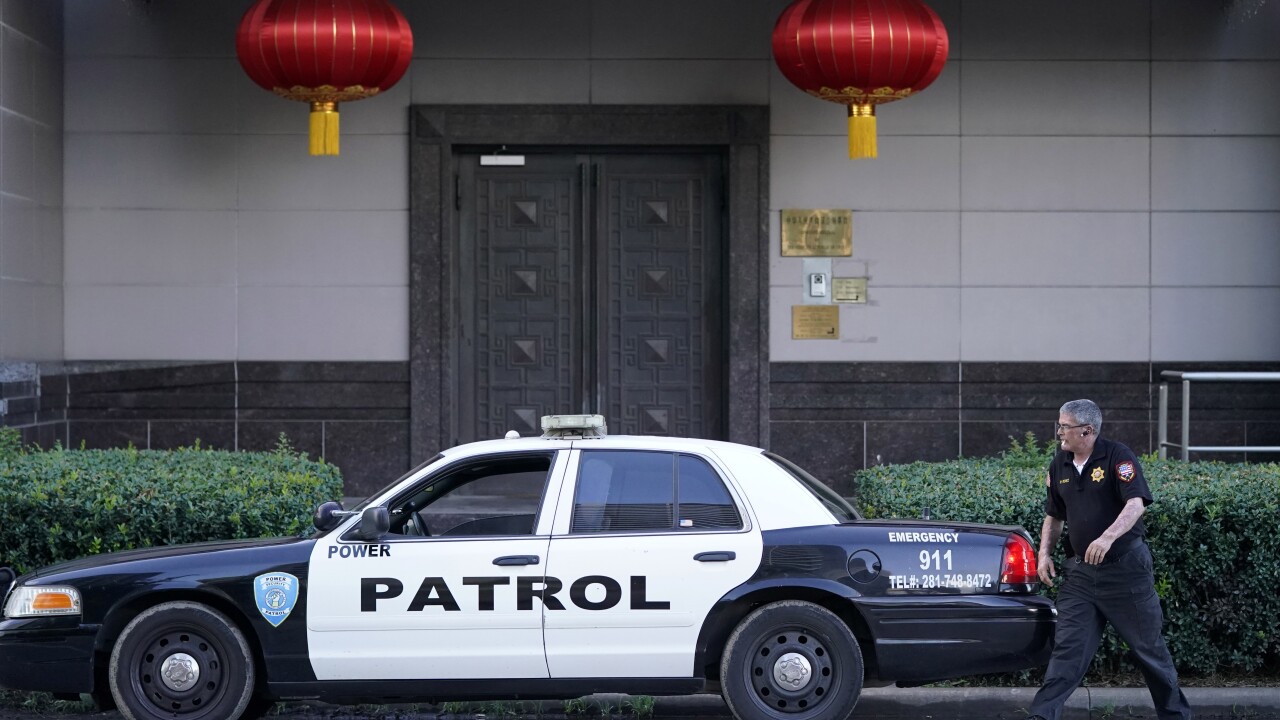 Copyright 2020 The Associated Press. All rights reserved.
David J. Phillip/AP
A security guard walks behind his patrol car outside the Chinese Consulate General Wednesday, July 22, 2020, in Houston. Houston police and fire officials responded to reports that documents were being burned in the courtyard of the consulate Tuesday night, according to the Houston Police Department. China says the U.S. has ordered it to close its consulate in Houston in what it called a provocation that violates international law. (AP Photo/David J. Phillip)

BEIJING (AP) — The U.S. says it has ordered China to close its consulate in Houston “to protect American intellectual property" and the private information of Americans.

China is strongly condemning the move, which comes at a time of rising tensions between the world’s two largest economies.

A foreign ministry spokesperson called it “an outrageous and unjustified move that will sabotage relations between the two countries.”

He warned of firm countermeasures if the U.S. does not reverse its decision, which he said the consulate was informed of on Tuesday.

Media reports in Houston said authorities responded to reports of a fire at the consulate.

Witnesses said people were burning paper in what appeared to be trash cans, according to the Houston Chronicle.

The city’s fire chief, Samuel Peña, told the newspaper that although it’s illegal to have open burning in Houston, his crews couldn’t access the property because it’s a sovereign country.

Since HPD is not a lead agency in the matter, no other information is being released by our department at this time. 2/2 #hounews