Goal is to keep firearms from falling into wrong hands again 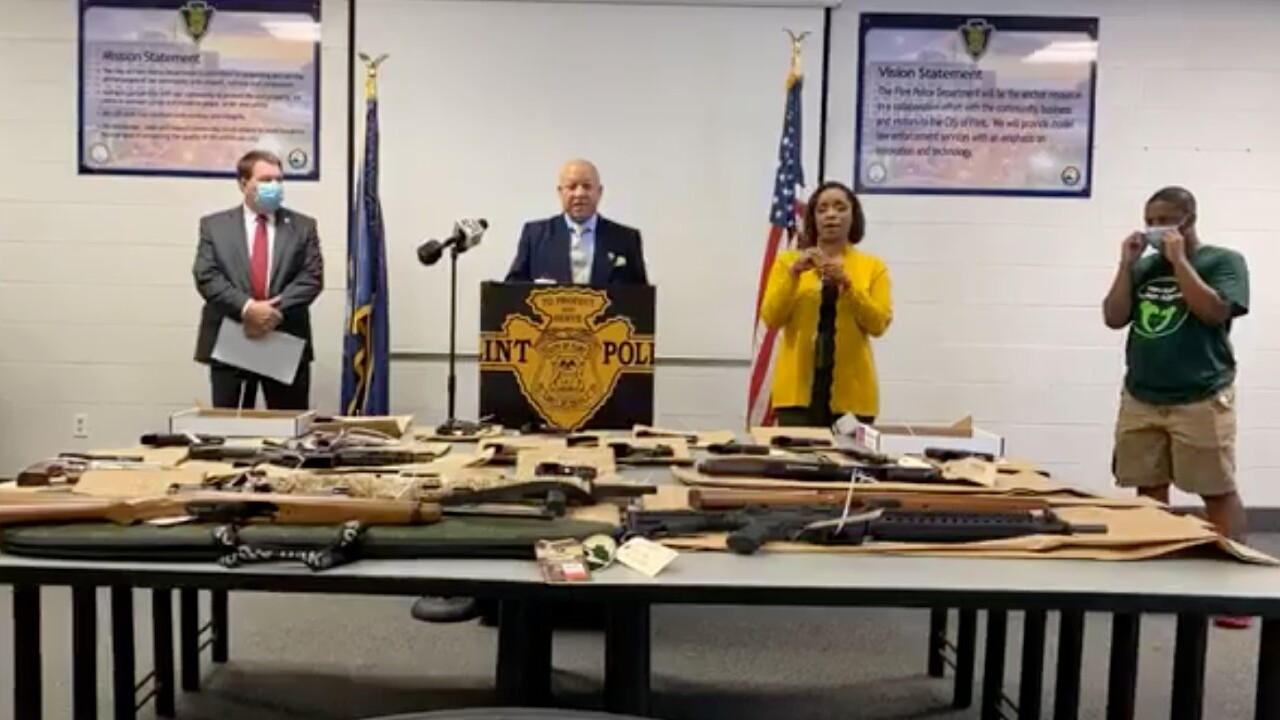 FLINT, Mich. – The City of Flint will no longer auction off illegal guns seized by its police department. Instead, the weapons will be destroyed.

Mayor Sheldon Neeley and Police Chief Phil Hart made the announcement during a press conference last week, saying they hope to keep guns off the streets.

Officials say they will start by immediately disposing of 250 guns that previously had been on Flint streets.

According to a press release from the city, the previous administration began auctioning off seized firearms in 2017, selling hundreds of guns to the highest bidder. That included semi-automatic rifles as well as handguns, pistols, and shotguns, the city says.

While gun auctions are legal and serve lawful gun buyers, the current mayor says his administration will not permit the auctioning of firearms to ensure none of weapons fall into the wrong hands again.

“From Day 1, we put a priority on leading this city with a strong social conscience. Human life is always more valuable than dollars,” Mayor Neeley said. “Under this administration, we will never again line our pockets by selling guns. It is unconscionable that after seizing these illegal weapons that anyone would gamble by putting them back on the streets where they could again fall into the wrong hands.”

Chief Hart says the profit from selling the firearms is not worth the risk of them being used in future violent events.

“If we want to look at dollars and cents, we also have to look at the cost of gun violence in our community,” said Hart. “It does not make sense for law enforcement to be in the business of selling weapons.”

“Based on that average, the cost of gun violence in the city of Flint is at least triple the revenues the gun auctions,” the city wrote.

Instead of auctioning off the guns, the weapons will be turned over to the Michigan State Police for proper disposal.