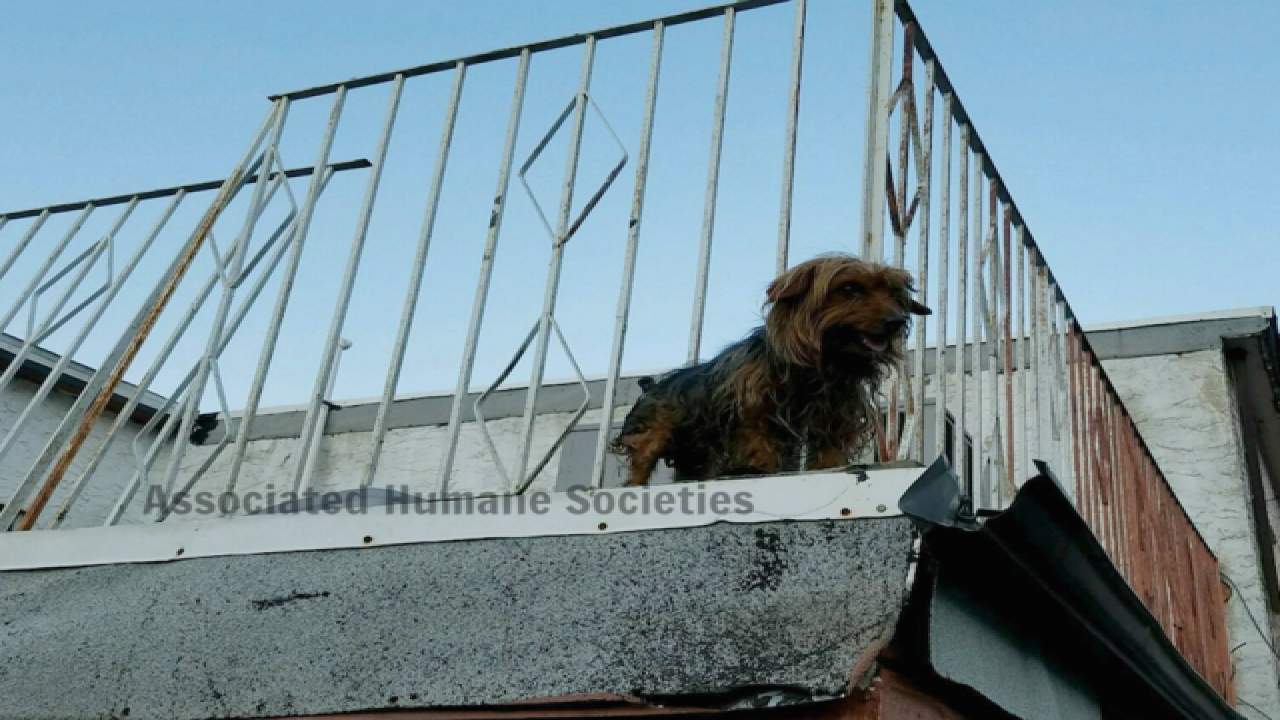 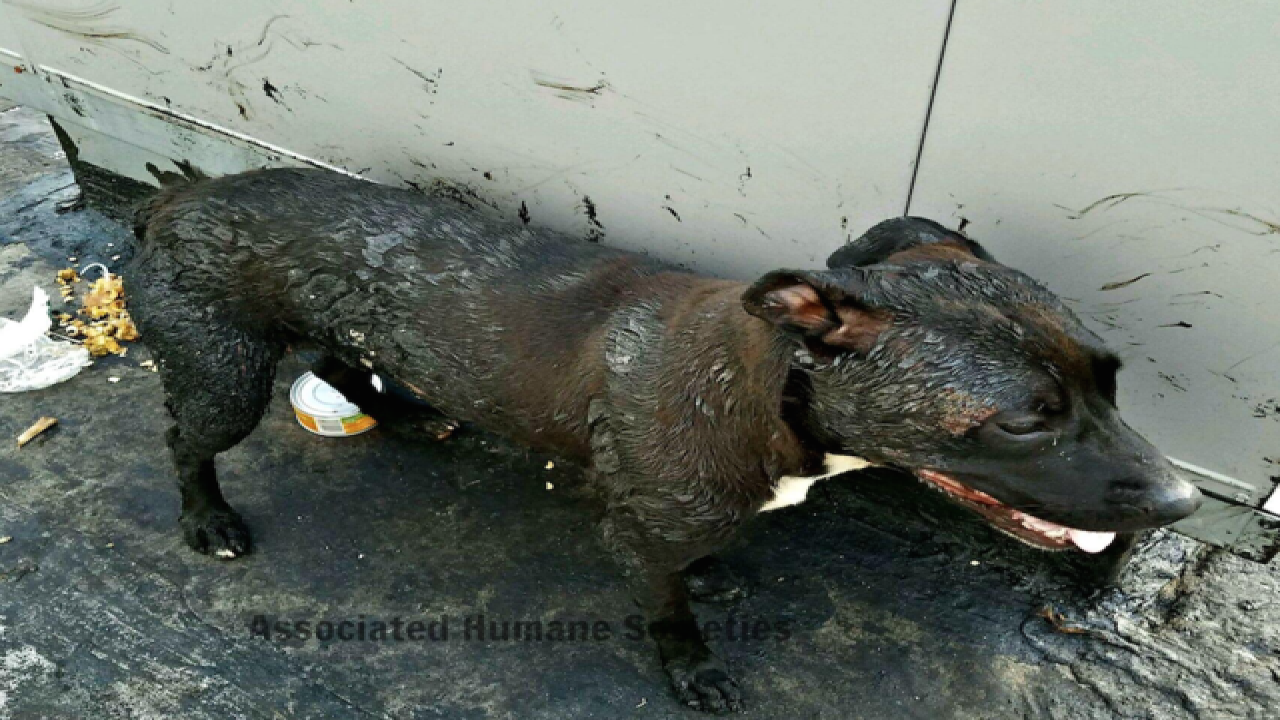 On a 96-degree afternoon in Newark, N.J. last week, a pair of dogs were rescued from a dangerously hot rooftop as the tar on the surface began bubbling, covering the yorkie and pit bull.

Officers from the Associated Humane Popcorn Park Shelter were called out to the rooftop, where they found the dogs covered in tar, dancing around the rooftop. Once the dogs were rescued, they were taken to a veterinarian hospital.

The shelter said that the dogs are in guarded condition after being severely burned. The dogs are no longer in pain and are said to be resting comfortably.

"The yorkie continuously ran to the edge of the roof to try to find an area that would not burn her further while the pit bull, covered in hot tar, had nearly given up hope," the shelter said in a Facebook post. "No one was at home at the residence and while there were trays of chicken legs and rice on the roof, there was not a drop of water in sight. Feces covered the roof as well so apparently, this is where these poor dogs live."

There is no word on whether the dogs' owner will face charges.

The Associated Humane Popcorn Park Shelter said the reason why the dogs are alive is due to a concerned citizen calling the shelter.

"These two dogs are alive today because someone saw them and decided to make a call instead of ignoring the situation and figuring someone else will deal with it," the shelter said. "Animals cannot speak for themselves. Please get involved. Call your local police if you see something like this and please, do not ignore it."