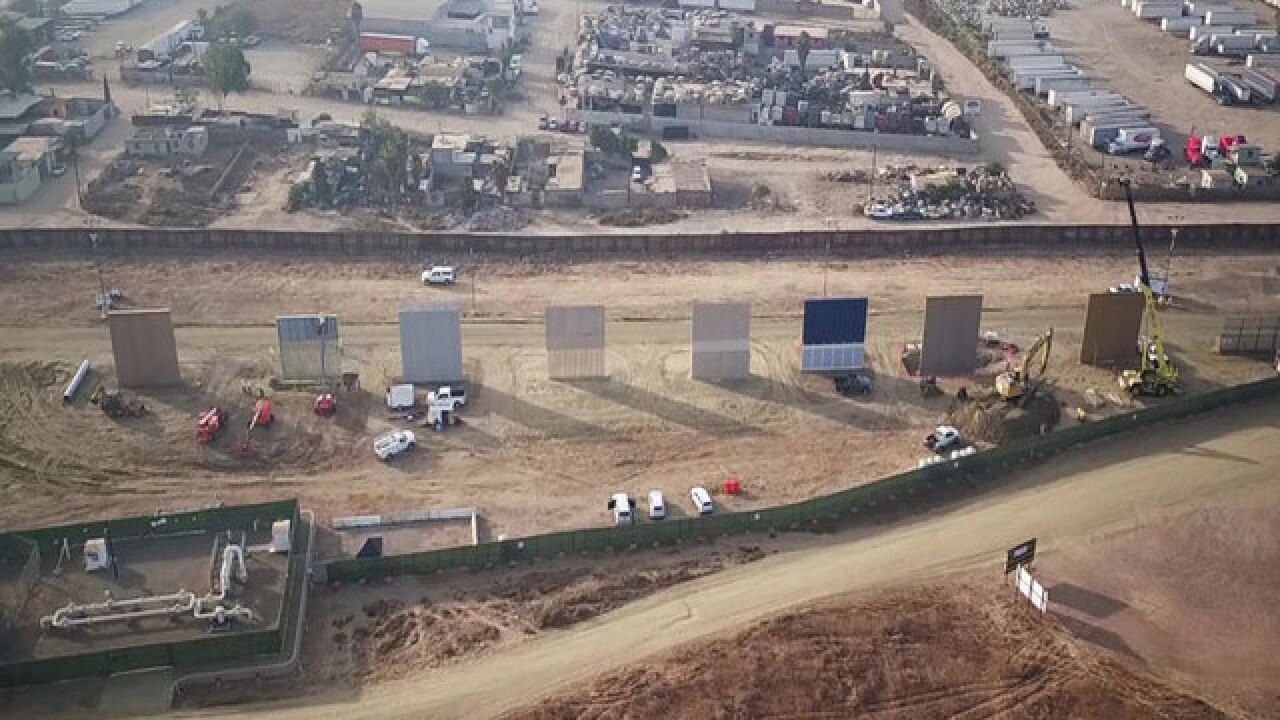 SAN DIEGO — San Diego is playing a pivotal role as a testing ground for the future border wall while the region prepares for President Trump’s visit Tuesday.

The region, specifically Otay Mesa, was selected as a location for the eight prototypes because of site accessibility to construct and the ability to evaluate the wall as part of a larger, existing border infrastructure system, according to U.S. Customs and Border Protection spokesman Ralph DeSio.

San Diego County’s value as a construction site was detailed in a presentation made by the Department of Homeland Security and obtained by NPR.

CBP officers can compare the performance of the prototypes to underperforming existing materials in the same location, according to the document. The prototypes can also be evaluated for the impact on operations in an existing enforcement zone.

The land where the prototypes are constructed is federally owned, making the project more affordable.

As far as the CBP is concerned, the proof of the border wall’s success is in the pudding. A video made by the agency showed an 87 percent reduction in arrests at the border after the creation of a physical barrier.

FINANCIAL IMPACT OF THE BORDER WALL

San Diego had funds earmarked for border wall construction ahead of the prototype construction. The CBP allocated $999,000 to replace the primary fence and replace the secondary fence with a wall in the 2017 fiscal year.

In her resolution, Gómez cited a San Diego Association of Governments and Caltrans study on the economic impacts of border delays on the cross-border economy. The study found the effects of border crossing delays cost $7.2 billion in foregone gross output and more than 62,000 jobs in both the U.S. and Mexico economies in 2007.

"As a city that is invested in the binational economic development of our region, it is important to oppose the building of a wall and focus our resources in enhancing our border infrastructure to ease access of goods and people," Gómez wrote.

“The border wall is a huge mistake for our region economically and environmentally. I am happy the City Council voted to pass my resolution. Our tax dollars should be spent uplifting the quality of life for all San Diegans, and tackling our issues on road infrastructure, housing, and homelessness,” she said.

For the immediate neighbors of the border wall prototypes, the initial impact has been positive.

That might change tomorrow as President Trump’s visit leads to road closures just east of his location in a strip mall at SR-905 and Siempre Viva Rd.