Daisy the St. Bernard recovers from her mountain ordeal 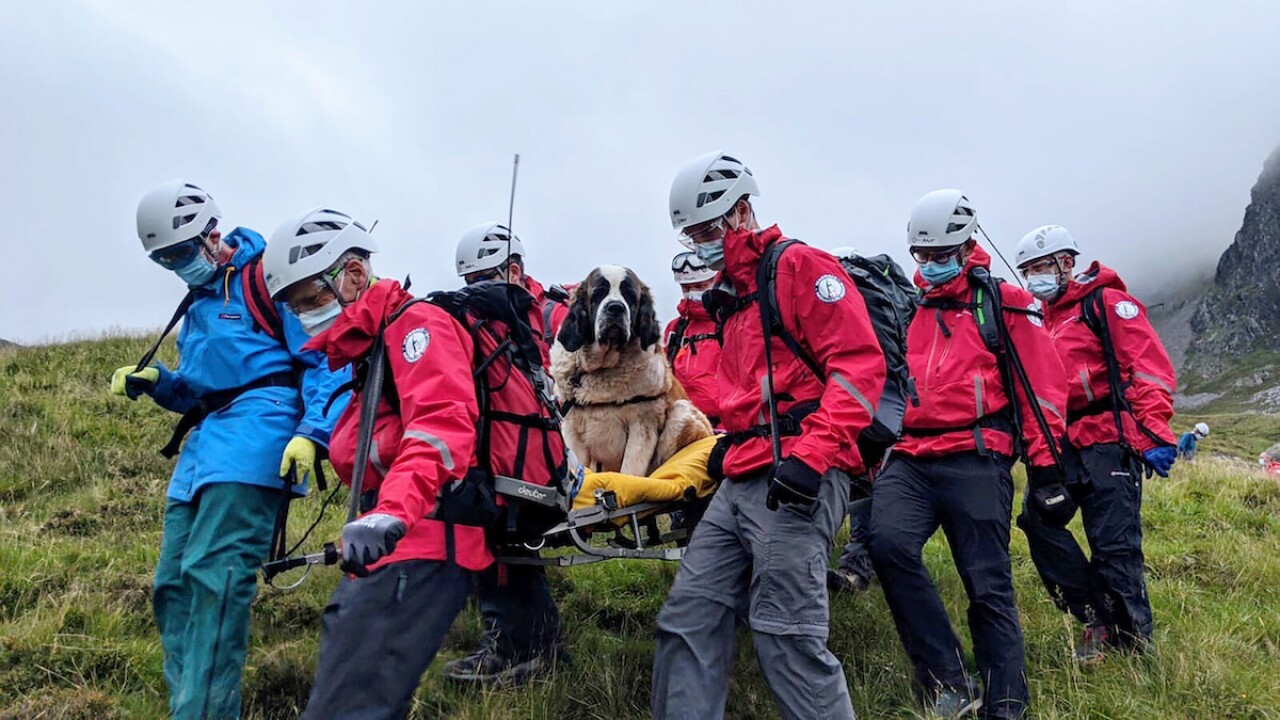 The owners of the St. Bernard that collapsed while descending on England's tallest mountain say she's recovering well after a mountain rescue team helped her to safety.

Daisy was displaying signs of pain in her rear legs and was refusing to move, having decided she had had enough.

After consulting with a veterinarian's office, rescuers administered some pain relief and adjusted a stretcher designed for humans to be dog-friendly.