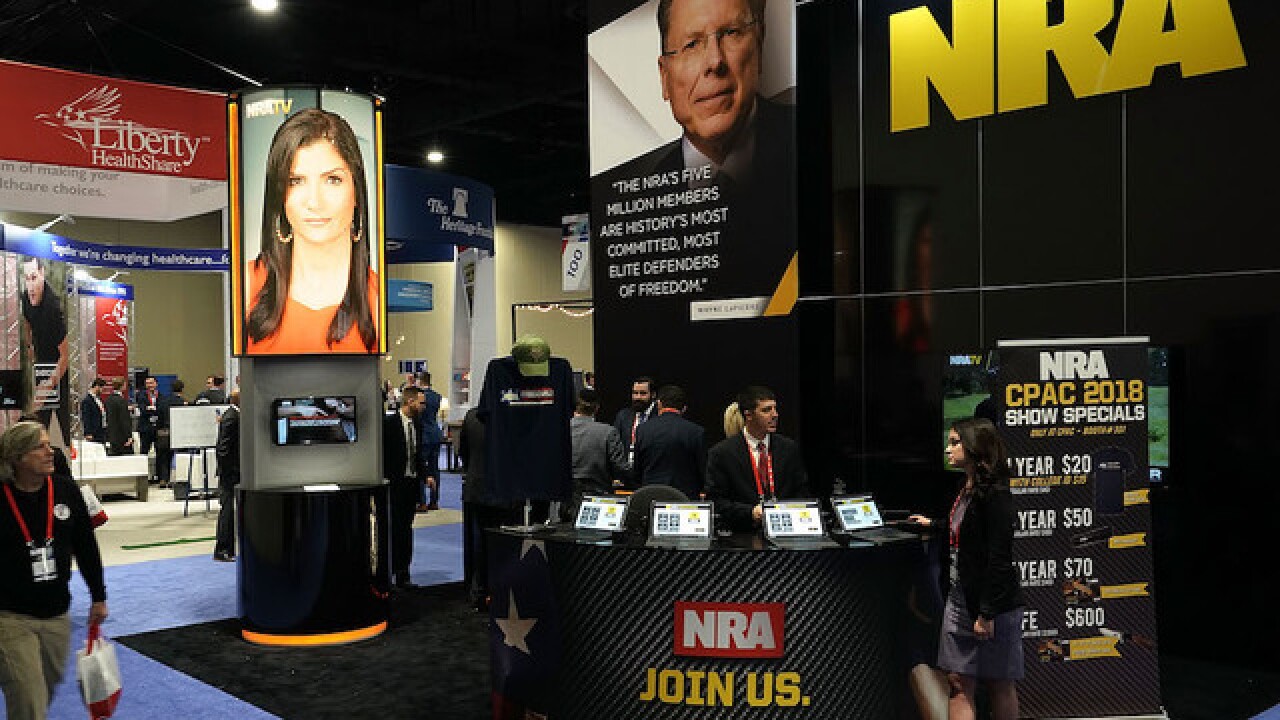 The National Rifle Association should move its annual convention from Dallas to somewhere else after last week's massacre at a Florida high school that left 17 students dead, a Dallas city official says.

It's not appropriate for the group to meet in Dallas in May because there's so much gun violence in the United States, Dallas City Council Member Dwaine Caraway said

Assault rifles like the one used in the Florida school shooting should be outlawed, he said Monday at a news conference, and "the NRA needs to step up to the plate and they need to show leadership."

CNN's calls to the NRA for comment were not immediately returned.

Caraway, who is serving as mayor pro tem, meaning he fills in when the mayor is absent, said he's expressing a personal belief about the NRA and has not initiated any action in the city government to stop the convention.

At a Monday news conference, Caraway said he had not spoken directly to any NRA officials.

"I am saying to the NRA, reconsider yourselves coming to Dallas," Caraway said. "There will be marches and demonstrations should they come to Dallas and we, Dallas, will be the ones that have to bear the cost and the responsibility and to protect the citizens."

Caraway noted that gun violence has visited Dallas before, with the 1963 assassination of President John F. Kennedy and the 2016 slaying of five city police officers. Caraway said he owns five firearms himself but thinks assault rifles should only be available for the military and law enforcement.

The NRA convention is scheduled to take place May 3-6 in the Kay Bailey Hutchison Convention Center in Dallas. This is the group's 147th annual meeting, according to the NRA website, which invites "over 80,000 patriots and 800+ exhibitors" to attend.

In a Tuesday interview with CNN, Caraway said leaders should listen to those students.

"If those kids in Florida, for example, knew that something was being addressed then they wouldn't be staging protests," he said. "Those kids need to be at the table, and voicing their opinions. The NRA needs to open their ears and hear what is it we need to strengthen, what it is we need to limit, and then everyone comes out happier and safer."

Dallas Mayor Mike Rawlings issued a statement saying he disagreed with the NRA's viewpoint and tactics, but "they have a legal contract that was signed in 2012 and I'm not advocating that we violate that agreement. Hopefully we will take the opportunity in Dallas to engage in meaningful dialogue about how we work together to end mass killings in America."

President Trump spoke at the 2017 NRA convention, which was held in Atlanta. It's not known if he will attend the 2018 meeting.