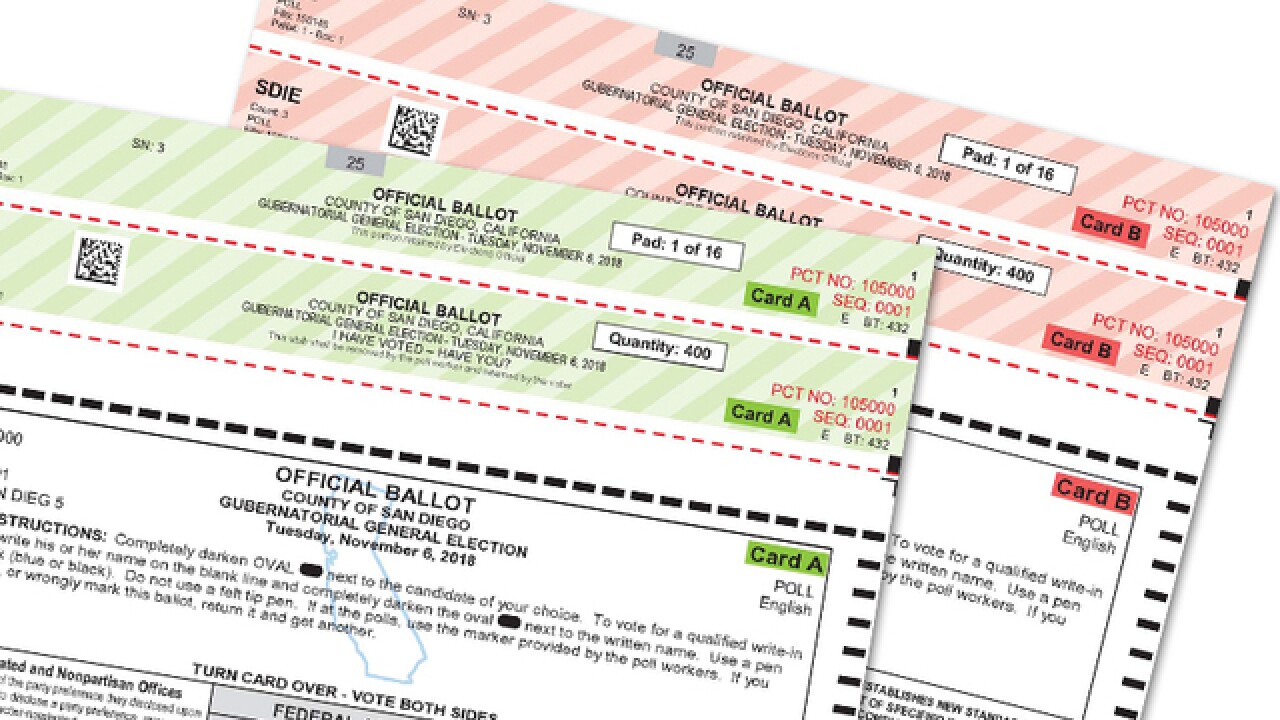 Copyright 2018 Scripps Media, Inc. All rights reserved. This material may not be published, broadcast, rewritten, or redistributed.
County of San Diego

SAN DIEGO, California — Dozens of voters were left off the roster at a San Diego County polling place on Election Day, leading to frustration and delays.

Poll workers received an incomplete roster which omitted 46 names, Registrar of Voters Michael Vu confirmed. The list was missing two and a half pages.

Voters waited for voting officials to reprint another roster and deliver it to the polling place.

Officials tried to ease the long line by calling the Registrar of Voters and getting approval for each person over the phone, a voter told KGTV television station.

Voters also had the option of voting provisionally, but many of them declined, telling KGTV they wanted their votes to count. Provisional voting requires extra processing time to verify residences and identities.

Voters were encouraged to contact the Registrar of Voters at 858-565-5800 with any concerns.