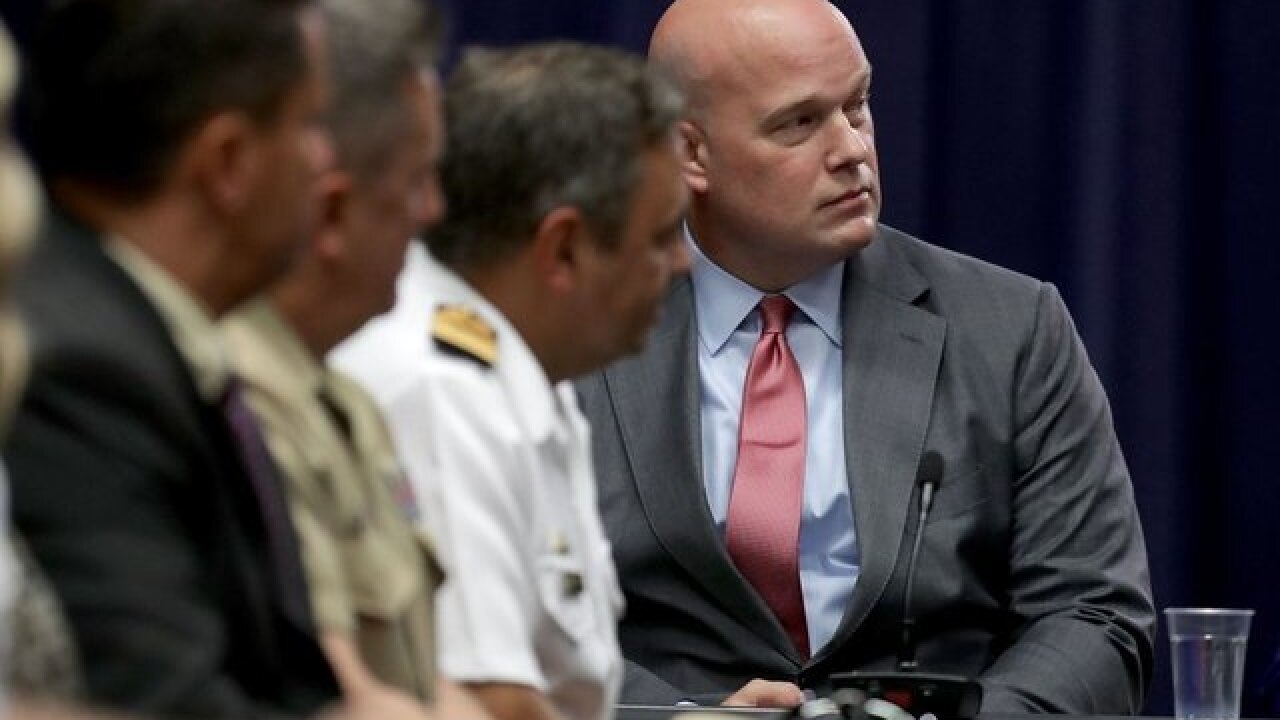 Three Democratic senators on Monday filed a lawsuit challenging the appointment of acting Attorney General Matt Whitaker, ratcheting up the court effort to declare his placement atop the Justice Department as unconstitutional.

Sens. Richard Blumenthal of Connecticut, Sheldon Whitehouse of Rhode Island and Mazie Hirono of Hawaii filed the suit in US District Court on Monday, represented by the groups Protect Democracy and the Constitutional Accountability Center.

The lawsuit is only the latest challenge to Whitaker's appointment to replace Jeff Sessions after President Donald Trump fired his attorney general the day after the election.

Whitaker was serving as Sessions' chief of staff, and has not gone through the Senate confirmation process in that role. His appointment leap-frogged Deputy Attorney General Rod Rosenstein, which also gave Whitaker control over special counsel Robert Mueller's investigation that had previously been supervised by Rosenstein.

Whitaker's appointment has been criticized because of his vocal criticisms of the Mueller investigation, and Democrats have previously urged him to recuse himself from the probe in addition to questioning the constitutionality of his appointment.

Last week, the Justice Department issued a memo defending Whitaker's appointment, concluding that it was legally justified under the Vacancies Reform Act.

The Senate Democrats' lawsuit, however, argues that his appointment his unconstitutional under the Constitution's Appointments Clause requiring Senate confirmation of high-level federal appointees.