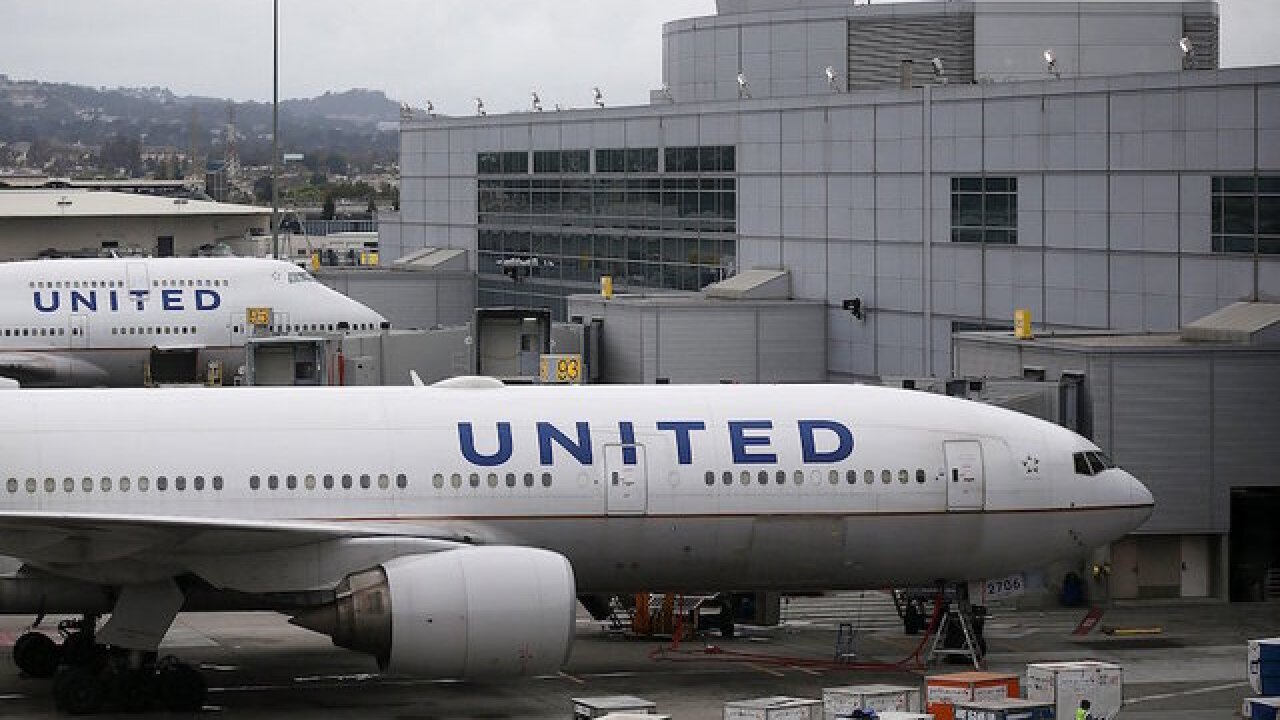 © 2018 Cable News Network, Inc.
Justin Sullivan/Getty Images
<p>In the wake of social media outrage over reports that a dog died on one of its flights Monday night after being put in an overhead bin, United Airlines acknowledged in a statement that a "tragic accident" had occurred.</p>

For more than three hours, a passenger's dog was inside an overhead bin on United Airlines Flight 1284 from Houston to New York after a flight attendant told the passenger to put it there.

Airline officials say it was a mistake. It turned out to be a deadly one.

When the plane landed at LaGuardia Airport Monday night, the dog was deceased.

In a statement, United called the dog's death a "tragic accident." Spokesman Charlie Hobart told CNN a flight attendant should not have told the passenger to put the dog in the bin used for carry-on bags.

"We assume full responsibility for this tragedy and express our deepest condolences to the family and are committed to supporting them," the airline said in reply Tuesday to CNN's request for comment about reports of the dog's death. "We are thoroughly investigating what occurred to prevent this from ever happening again."

Spokeswoman Maggie Schmerin said United has been in contact with the passenger who owned the dog and offered to pay for a necropsy, an autopsy for animals.

United allows pets in the cabin when they are transported in kennels that can fit under the seat. Some types of animals are prohibited from flying on any flight. Schmerin said this animal was not on that list.

The trip from George Bush Intercontinental Airport in Houston to LaGuardia Airport in New York took about 3½ hours, according to the flight tracking website FlightAware.

People for the Ethical Treatment of Animals, the animal-rights group, issued a statement calling for the flight attendant responsible to be fired and charged with animal cruelty in the dog's "horrific, terrifying death."

"PETA reminds everyone that it is up to each of us to keep our companion animals safe, and we should never allow someone to put them in harm's way, including by confining them to a small space with no air flow -- no trip is that important," the statement said.

According to a US Department of Transportation report issued in February, 24 animals died in the care of US carriers last year. Three-quarters of those, 18, died while being handled by United. Of 15 reported injuries, 13 occurred with United.

Of the problems documented in the DOT report, which include death, injury and loss of animals, United had the highest rate of incidents: For every 10,000 animals transported, United had 2.24 incidents.

The airline was also the largest transporter of animals, carrying 138,178 animals in 2017. Alaska Airlines, which transported the next-highest number of animals (114,974), had an incident rate of 0.26, one-tenth the rate of United.

Several of the animals had pre-existing health issues, the report said, and some incidents happened before the animals were put on planes.

The report includes information about dogs, cats, birds and other pets.

"The overwhelming majority of the incidents were attributed to animals not being acclimated to its crate or the animal having a pre-existing condition we weren't aware of," Hobart said. "Any time there is an incident with animals we do a thorough review."