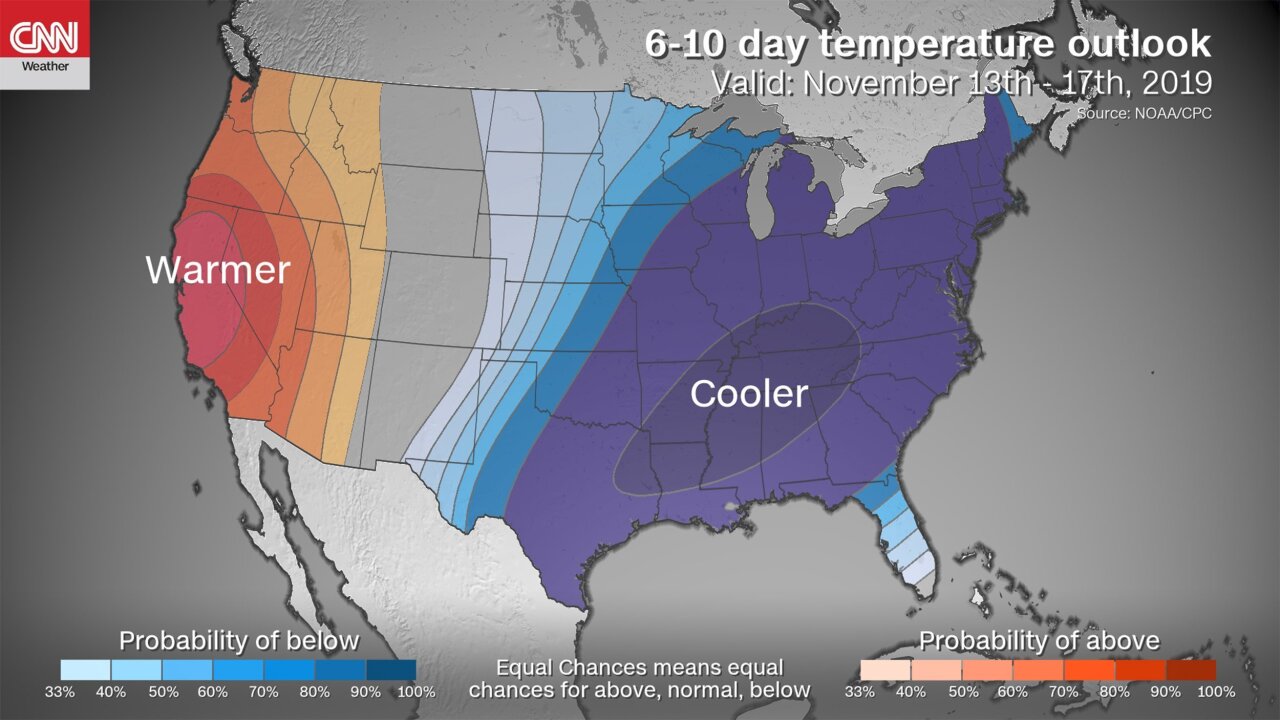 Winter is coming to the East Coast for the next week.

The next five to seven days are going to bring unseasonably cold temperatures to the eastern two-thirds of the US, CNN meteorologist Derek Van Dam said.

The cold front could bring below freezing temperatures to some places.

The cold was already descending on New York early Friday morning, with wind chill expected to bring temperatures down to the upper teens to mid-20s, according to the National Weather Service. Wind gusts in Boston are reaching 25 to 35 mph and will bring temperatures to the 20s as well, the NWS said.

Snow flurries are also expected for the downwind parts of the Great Lakes Friday, Van Dam said, adding that those flurries will be at the Northern Great Lakes Saturday.