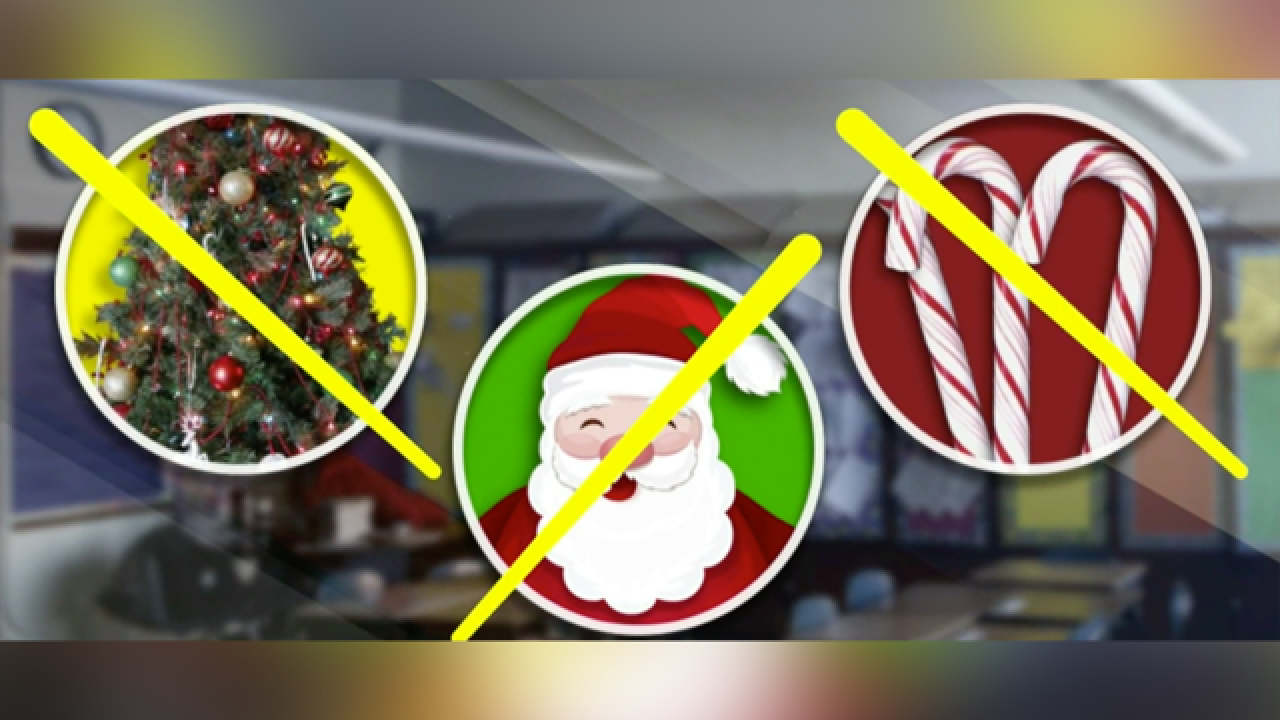 OMAHA, Neb. — A principal at a Nebraska elementary school has been placed on administrative leave after she released a memo discouraging teachers from putting up Christmas-themed decorations in their classrooms.

Jennifer Sinclair of Manchester Elementary in Elkhorn, Nebraska, sent the memo teachers encouraging them to put up non-denominational winter decorations in the public school as opposed to Christmas-themed decorations.

"Red and green items," "candy canes" and "reindeers" were deemed unacceptable holiday decorations were specifically mentioned in the memo.

The Elkhorn School District released its own statement saying the principal's memo did not reflect school policy.

The principal also sent an apology letter, in which she stated that she was wrong to set such rules about classroom decorations.

"I feel that something was wrong with what she was doing. she was kinda enforcing or making the rest of her school think the way she did," said Vicki Dryden, a grandmother of a Manchester student.

A mother of two Manchester students said she thinks the principal being put on administrative leave has blown the situation way out of proportion, especially since the principal has since sent an apology letter.

"I just don't think we could ask for a better principal," she said.