'Every single person played a role:' Students, staff save student after medical emergency 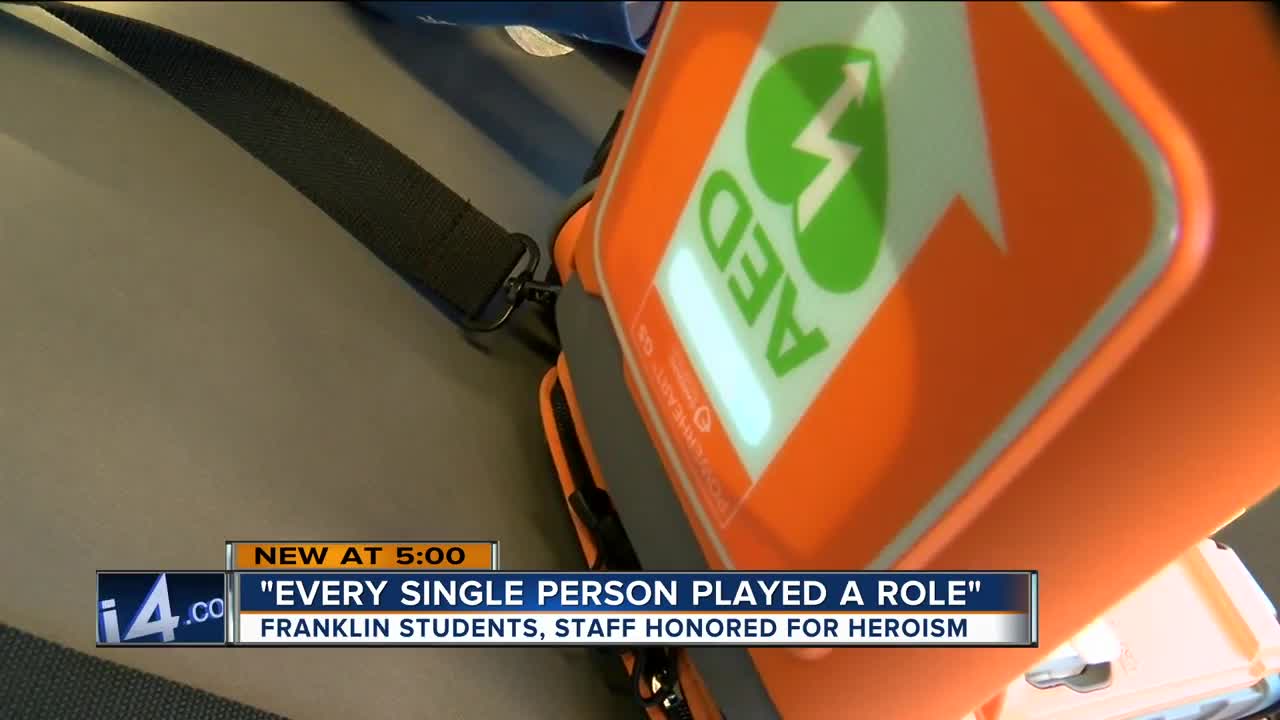 Quick-thinking by staff and students at a local high school helped to save a student experiencing a medical emergency.

FRANKLIN, Wisconsin — Quick thinking by staff and students at a Wisconsin high school helped to save a student experiencing a medical emergency.

It happened the morning of Jan. 2 at Franklin (Wisconsin) High School on the first day back from winter break.

Social Studies Teacher Ryan DePouw, had just given his students time to work on a project when one of them started to gasp and fall from his chair.

DePouw quickly went to the back of the room to keep the student upright and assess the situation.

"Checking for breathing and pulse, trying to figure out I guess what was happening,” DePouw said.

At the same time, his other students ran for help.

"Knew right where the emergency response button was,” DePouw said. “Pushed the button."

Within seconds, the school's Emergency Response Team of trained administrators, office staff and teachers, took over, and DePouw ran to get an AED.

“Opened the door, grabbed the AED and booked it back to the classroom,” DePouw said.

The group switched between doing CPR on the student and using the AED on him. Others researched the student’s medical history and took notes.

Paramedics soon arrived and took the student to the hospital.

O’Neil said they now know the student had a sudden cardiac arrest, with no prior medical history.

He's doing well and she said that's because of the efforts made by staff and students.

"Every minute that goes by in a cardiac arrest without defibrillation, the chance of survival decreases by 10 percent,” O’Neil said. "Their actions absolutely saved the student's life."

The family did not want to do an on-camera interview, but they wrote in a letter that they thank the school "for helping [their son] fight for his life.”

The staff and emergency responders that helped care for the student will be honored at the district board meeting on Jan. 29 at 6:00 p.m. at the Franklin Education and Community Center District Office.