Father's parting words to son killed in California shooting: 'I love you' 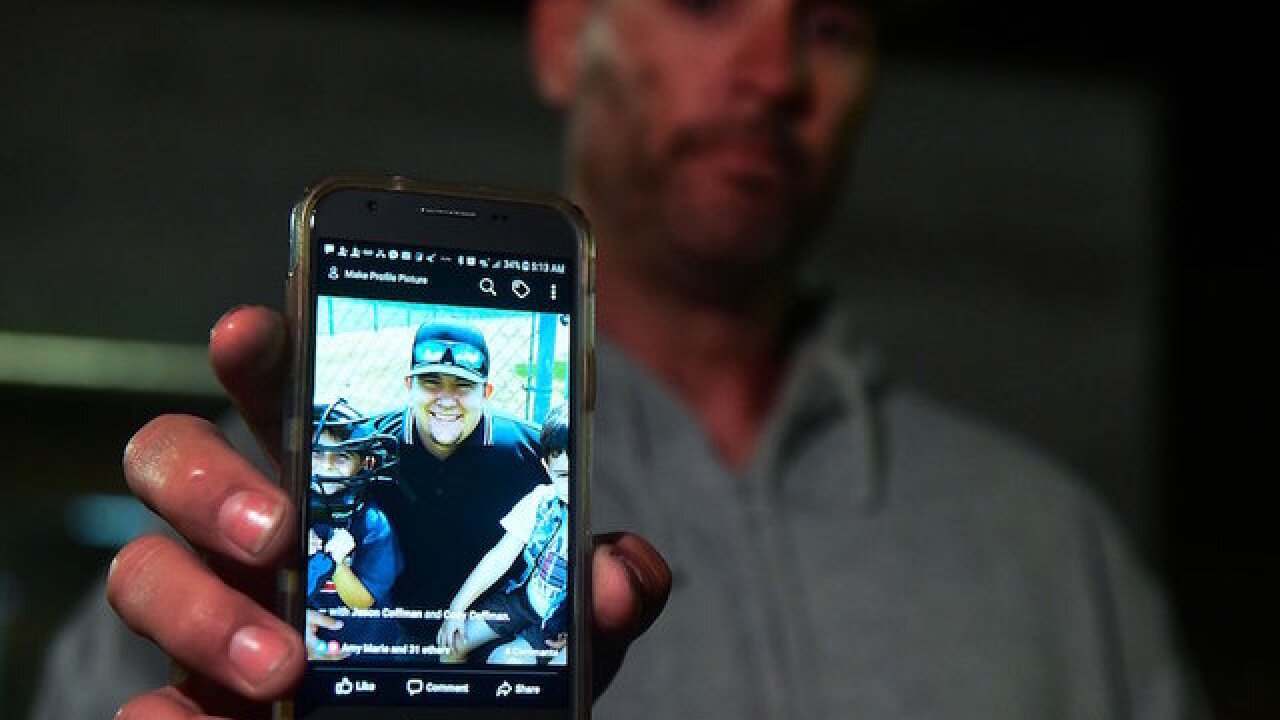 Jason Coffman approached a host of reporters' microphones on Thursday, and with a quiver in his voice, shared the news he had feared receiving all morning: His eldest son was among the  12 people killed  in  Wednesday night's shooting  at the Borderline Bar and Grill in Thousand Oaks, California.

"His name was Cody Coffman, my firstborn son," said Coffman, his voice breaking as he wiped tears away with a tissue.

"Oh God ... oh son, I love you so much," he said, clutching his chest. "Oh heavenly father, just please be with him."

Cody had just turned 22, and was in the process of talking to recruiters so he could join the Army, Coffman said. He was also the head umpire for a local baseball league. He touched so many people, his father said.

Cody left behind three brothers under the age of 10. The family is expecting a sister later this month.

"Cody was the big brother that my kids need," Coffman said. "He was so excited to have his first sister, and now she'll never know. ... Oh Cody, I love you son."

Coffman said he spoke with his son Wednesday night right before he headed to the Borderline Bar & Grill in Thousand Oaks.

Coffman was awakened about 1 a.m. by people who had been at the bar with Cody, he told HLN Thursday morning. He was told his son didn't make it out.

"I am very emotional right now," he said as he stood among other families waiting to get word of their loved ones' fates.

"What I'm scared of is Cody went towards the action and not away from the action," he said. "Knowing Cody, I'm afraid that's what he did."

"I've known that he's one of the kids to run towards a bully, to stand up for others, and I think that's maybe what he did. ... I'm hoping that he was stupid and ran away."

He later told CNN he had been calling Cody's cell phone.

"It just rings and rings," he said.