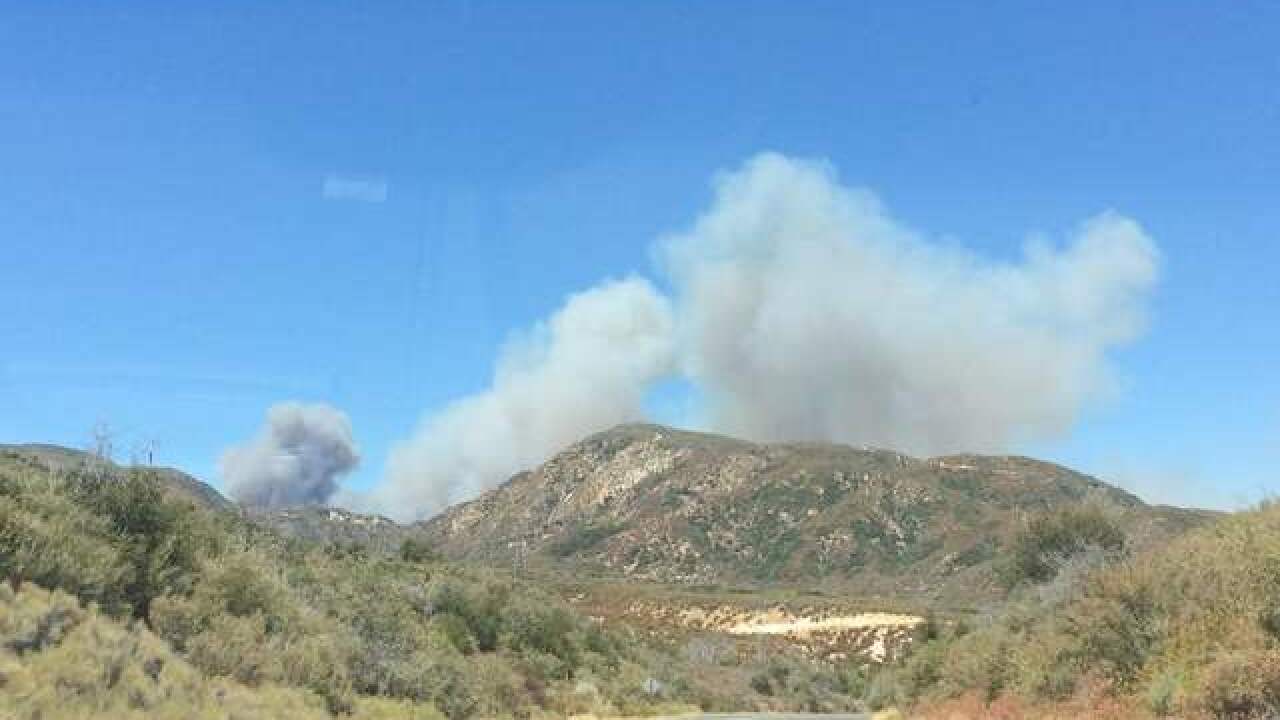 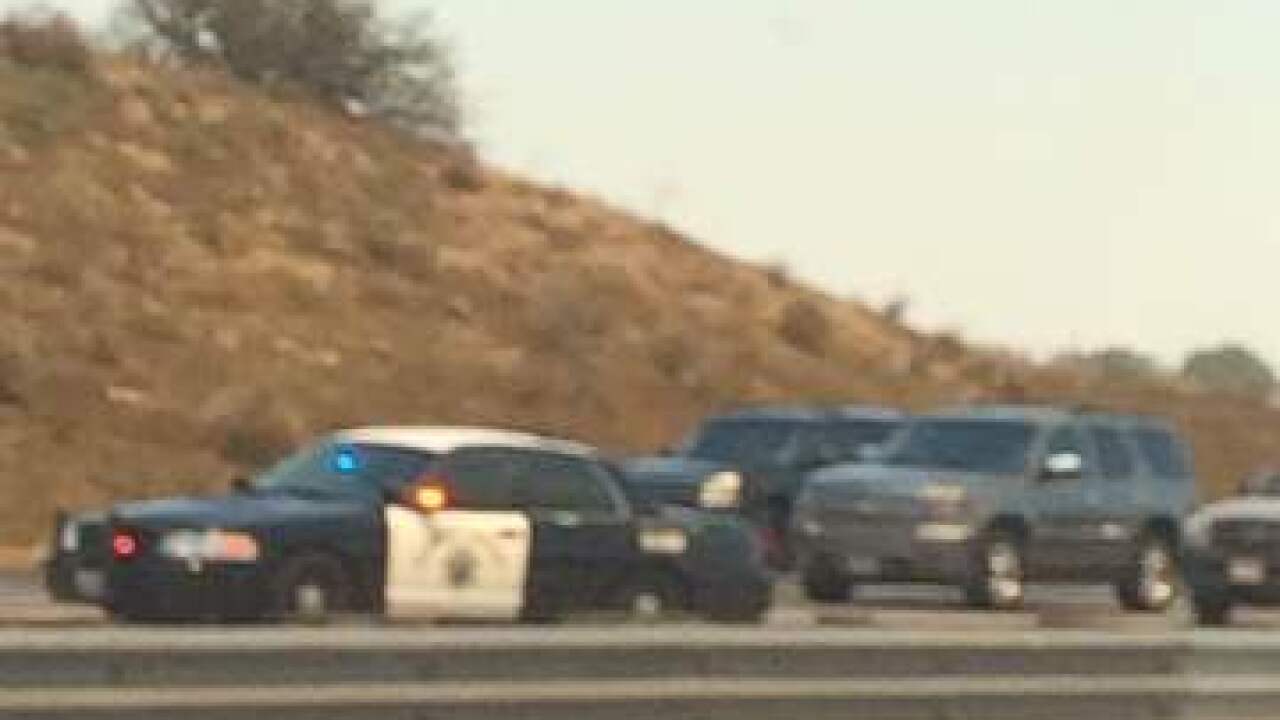 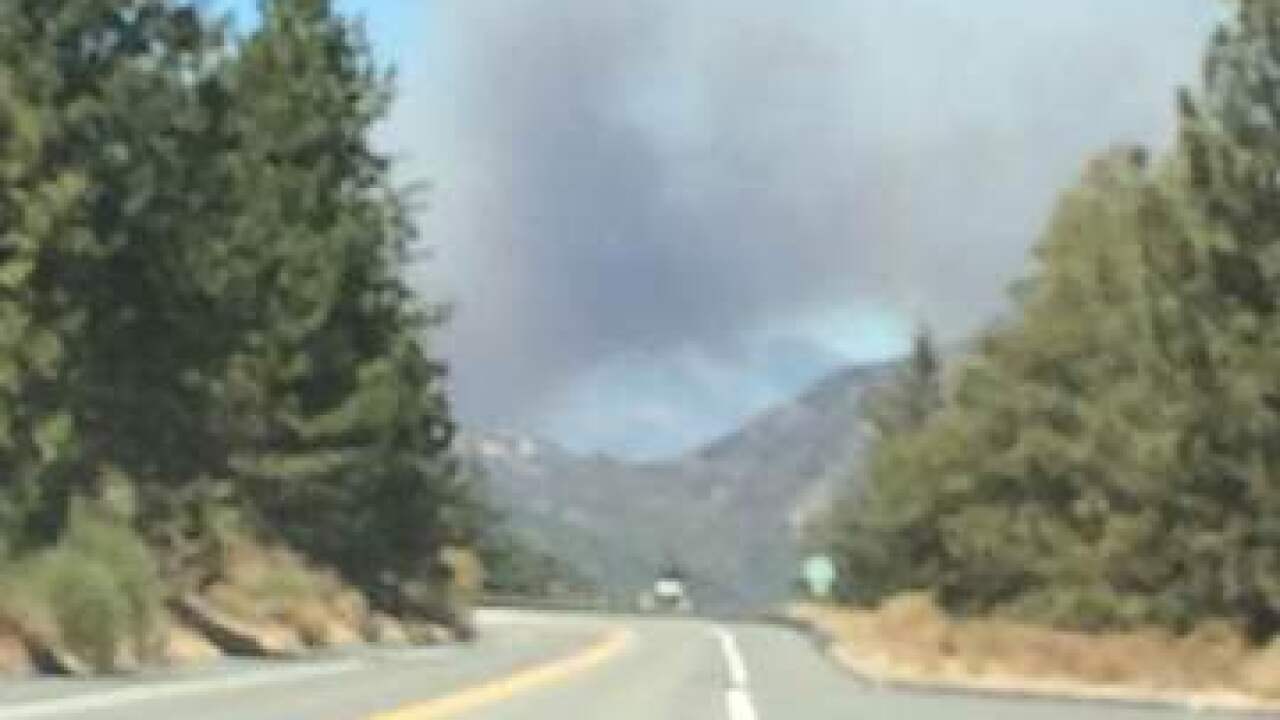 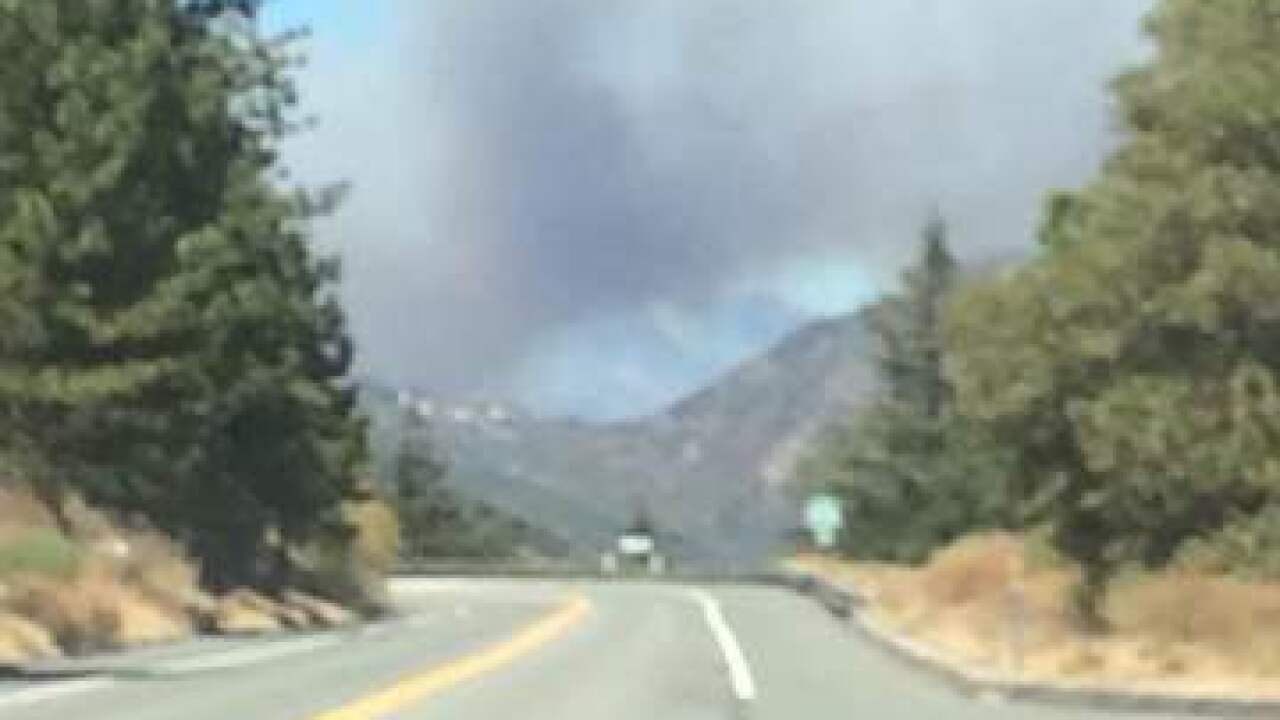 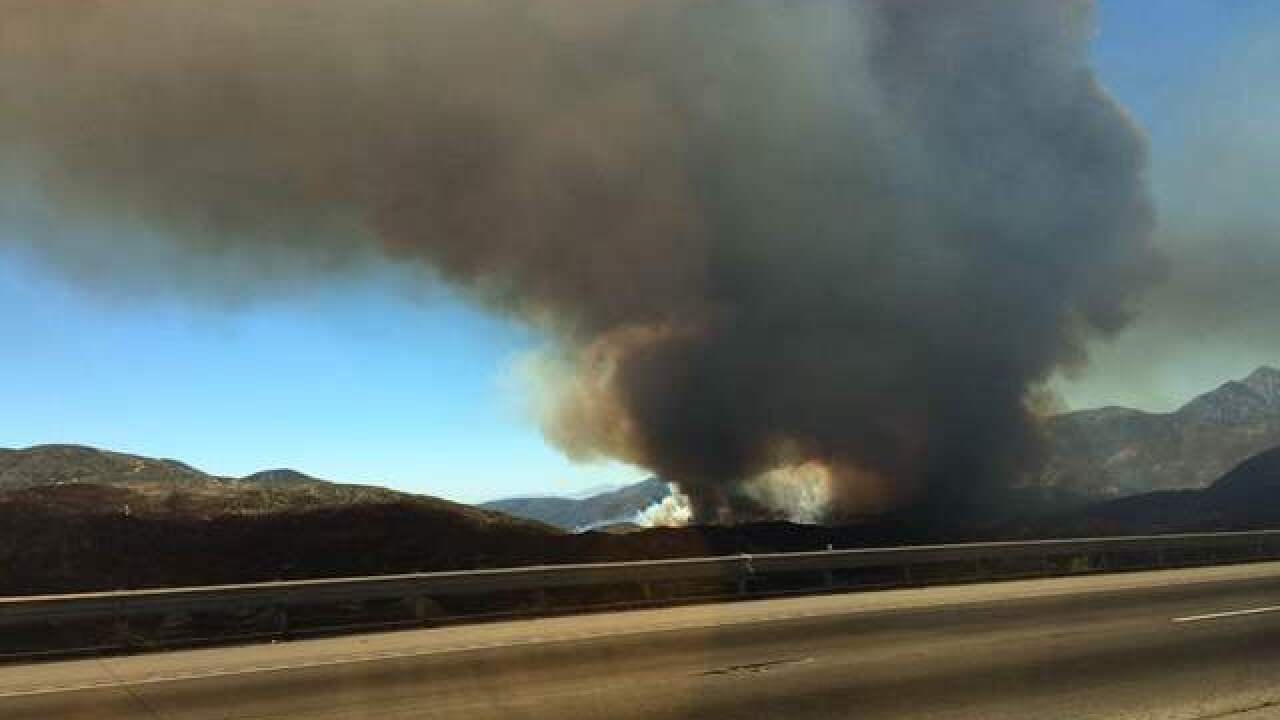 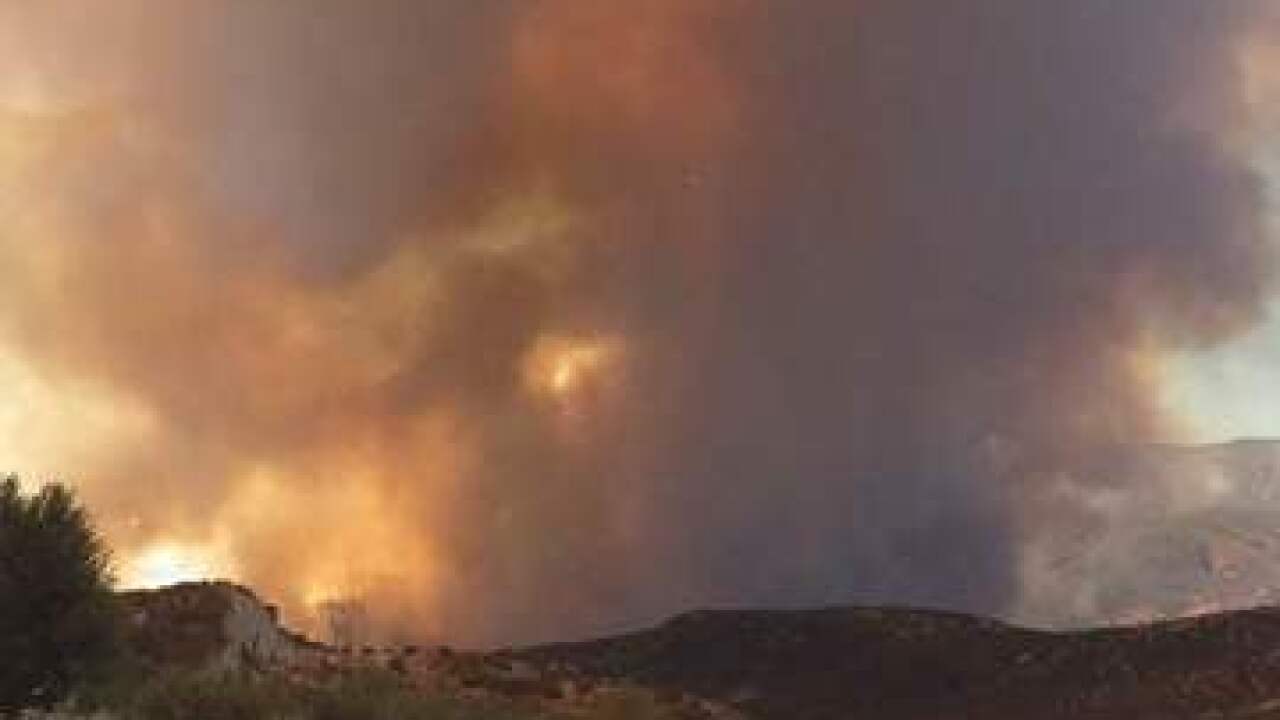 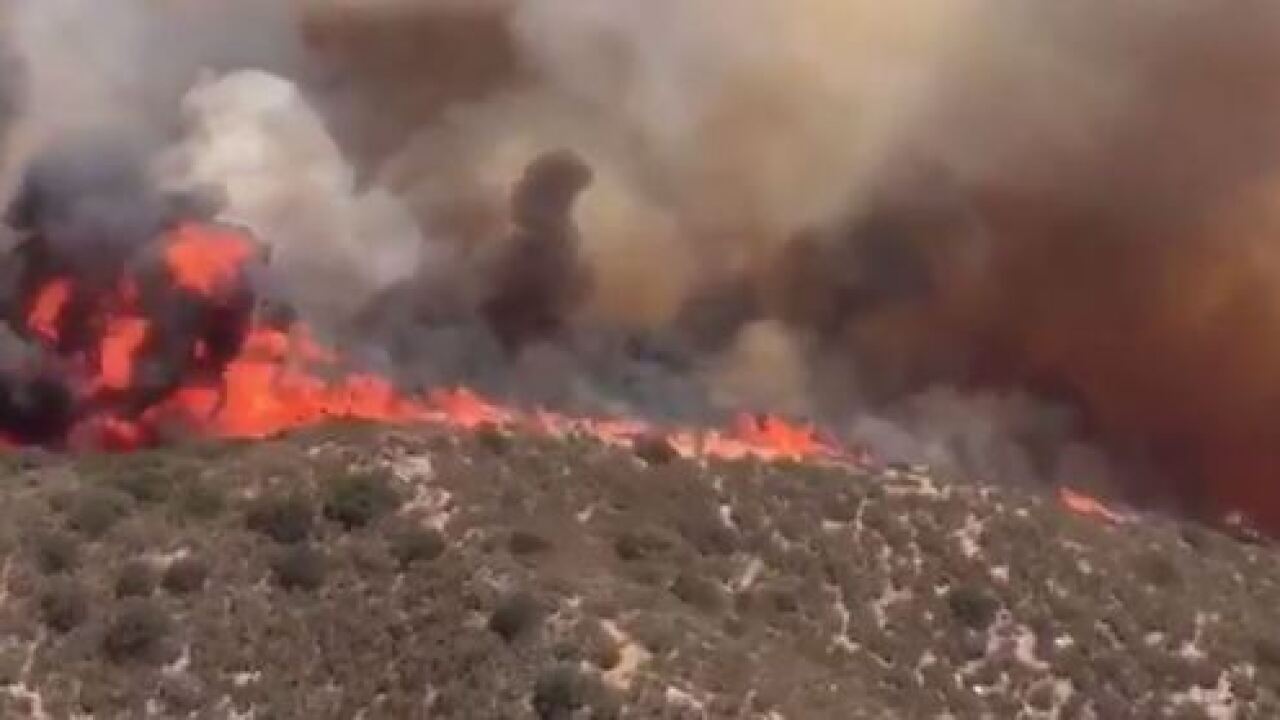 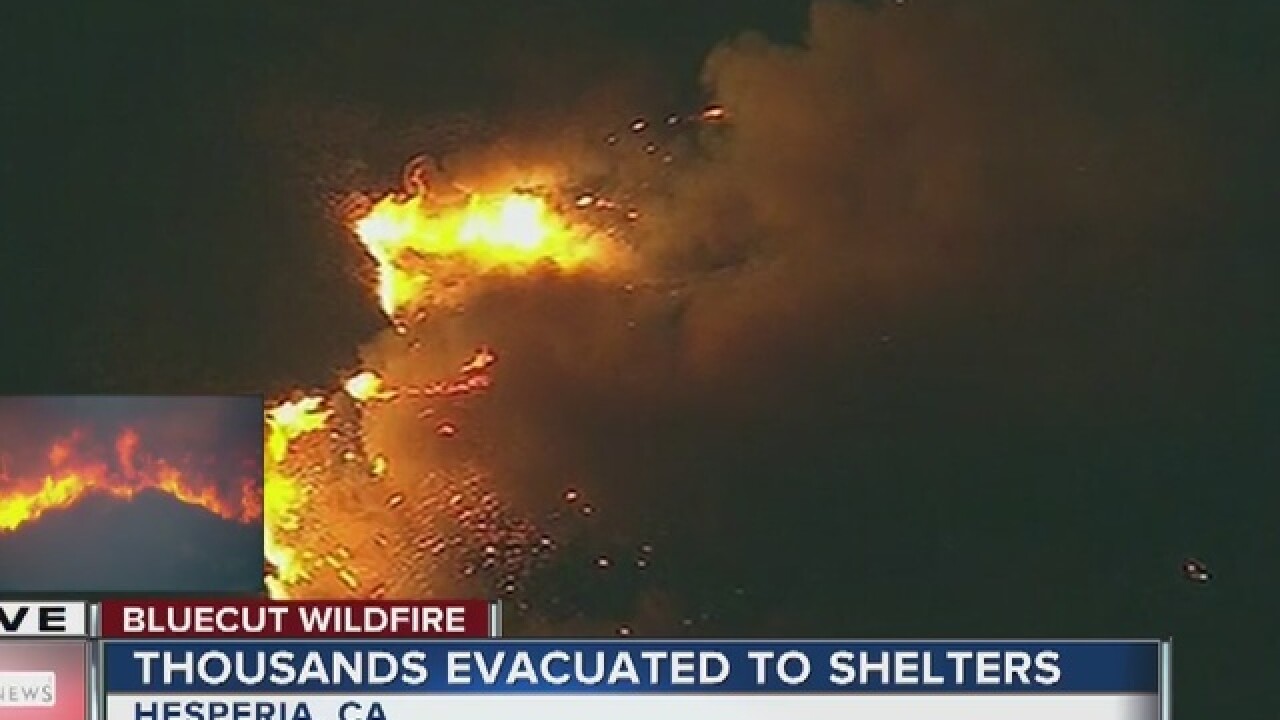 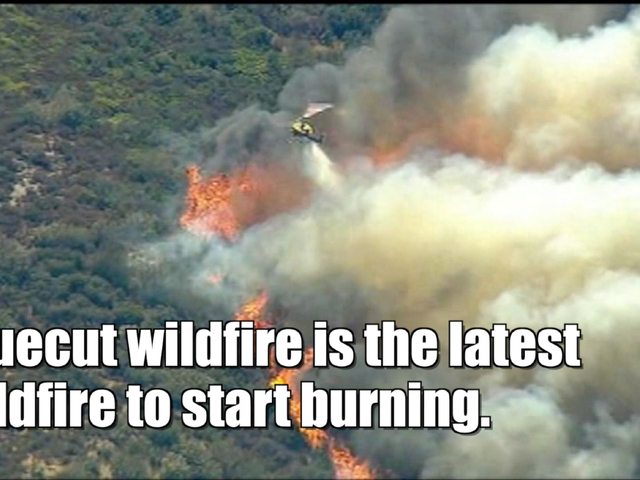 Fire officials say a wildfire racing through canyons east of Los Angeles has burned at least a dozen buildings, including some homes and a historic diner called the Summit Inn.
GALLERY: Massive wildfire scorches California

Eric Sherwin of the San Bernardino County Fire Department says the blaze that began in the Cajon Pass continues to race in several directions. It has topped ridges in the San Bernardino Mountains and is closing in on high desert communities on the other side.

The evacuations include the ski resort town of Wrightwood, scattered ranches and desert communities such as Phelan.
READ MORE: Entire California town evacuated ahead of wildfire
Evacuation centers are open in San Bernardino, Hesperia and Victorville, providing a safe zone from families trying to escape the fire.

The fire has created traffic problems for truckers and other travelers going through the Cajon Pass but also people trying to make their way to and from Las Vegas along Interstate 15.

"I pulled over at about 1 o'clock and I said you know what there is no way I am going to get down the hill," said truck driver Chris Fleming.

It is unknown when the freeway will reopen.

For some drivers going from Valencia, Calif., to Las Vegas, it took them 10 hours to get to Primm when it would have usually taken between 4 to 5 hours. A family also ran out of gas.

Some took detours but there was additional traffic on smaller highways, along with longer drive times.

Interstate 15 is closed in both directions in the area of the fire.
California Highway Patrol has recommended these alternate routes.
- From the Valley to the High Desert: Interstate 10E to Highway 62N to Highway 247N to Highway 18W
- From High Desert to the Valley: Highway 18E to highway 247S to Highway 62S to Interstate
RELATED: Baseball game plays in shadow of wildfire
2ND UPDATE: Authorities say the 8-square-mile fire is moving north toward the town of Wrightwood and shows no sign of slowing down.
About 4,500 people live in the mountain resort, which is now under evacuation orders.
The blaze 60 miles east of Los Angeles has shut down a section of Interstate 15, the main route between Southern California and Las Vegas.
It also burned what appear to be several ranch outbuildings and forced evacuations in and around Lytle Creek.
Meanwhile, evacuation orders in the Northern California town of Clearlake were lifted Tuesday, allowing 4,000 people to return home days after they were forced to flee by a blaze that destroyed 175 homes, businesses and other structures in neighboring Lower Lake, about 90 miles north of San Francisco
UPDATE: A wildfire in the mountainous Cajon Pass area of Southern California is burning at least one building, closed down two major roads and forced evacuations.
The fire erupted Tuesday and quickly grew to 1,500 acres.
A news helicopter shows a building burning in the dry canyon area 60 miles east of Los Angeles.
Authorities have ordered evacuations for several dozen homes and ranches and closed portions of Highway 138 and Interstate 15 -- a major desert freeway and the main route to Las Vegas.
The fire also stopped a freight train and the crew had to flee.
ORIGINAL STORY:
A new wildfire has erupted in the mountainous Cajon Pass area of Southern California near Interstate 15, the main highway to Las Vegas.
San Bernardino County Fire Department spokeswoman Tracey Martinez says the fire was reported Tuesday in a sparsely populated area.

The region is under red flag warnings for high fire danger due to gusty winds and low humidity levels.
Cajon Pass is about 60 miles east of Los Angeles.