A Clearwater fisherman celebrated his 27th birthday Saturday with the catch of a lifetime.

GULF OF MEXICO, Fla. — A Clearwater, Florida fisherman celebrated his 27th birthday Saturday with the catch of a lifetime.

It was a picture perfect day filled with incredible catches, but the best was saved for last.

Gruse's birthday came to a thrilling end as he came face-to-face with a massive mako shark.

"Seeing it open its jaws and its teeth right there in your face, my heart was going a million miles an hour," said Gruse. 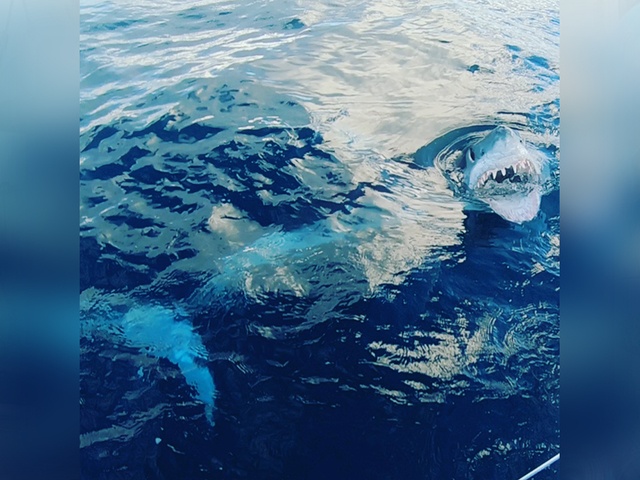 The fight to tame the 500-plus pound shark lasted for several minutes, until the fish popped about 15 feet into the air.

"He started jumping, he did a couple of twirls," said Gruse.

Captain Pablo Koch-Schick grew up in South Africa, where shark sightings are much more common and pose a serious threat to people.

"It's very rare to happen in the Gulf of Mexico," said Koch-Schick. "It only happens a couple of times a year."

The crew ultimately let the shark go, leaving only with incredible video of the rare encounter they surely won't forget.

"I've been fishing my whole life and that was the greatest moment," said Gruse.