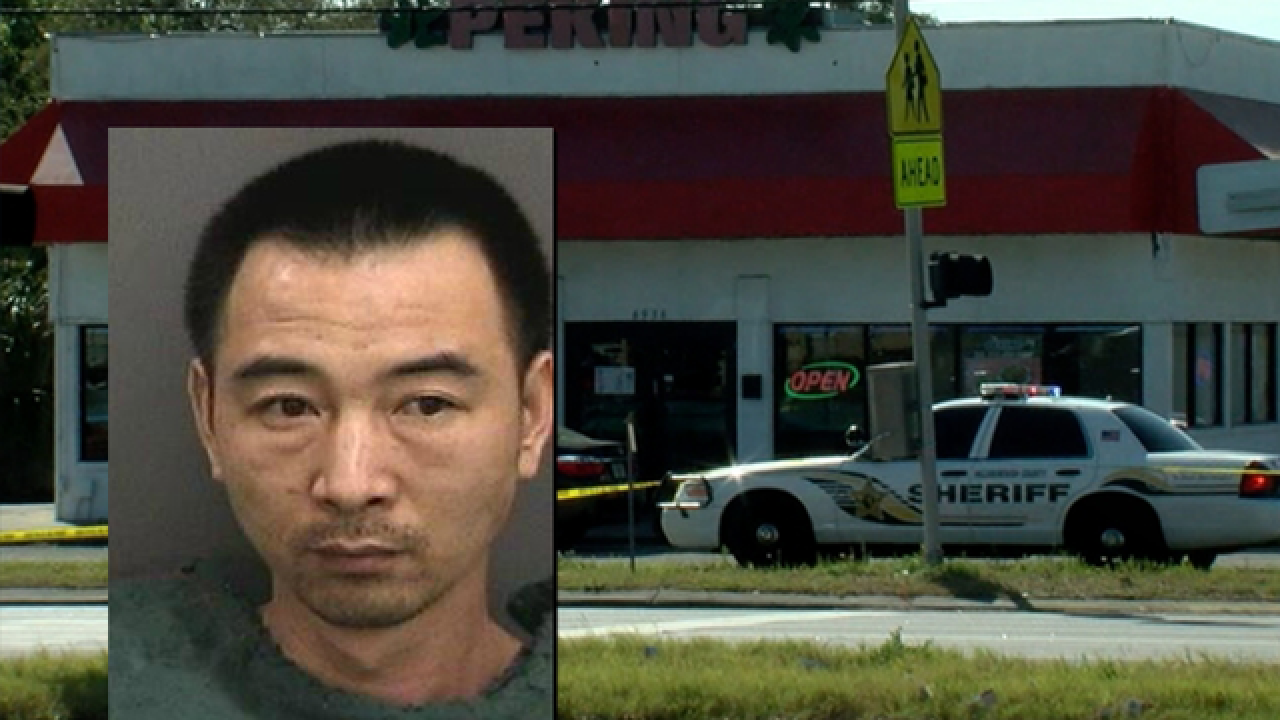 TAMPA, Fla. — An employee at a Chinese Restaurant in Tampa has been arrested after deputies say he stabbed three other employee's with a butcher knife while at work on Monday.

According to the Hillsborough County Sheriff's Office, Xiaofu Feng, 44 was working in the kitchen of the Peking Chinese Restaurant alongside chef Qing Zheng on Monday afternoon. Around 2:35 p.m., deputies say that Feng became upset and accused Qing of taking his cell phone.

That's when deputies say he grabbed a 12-inch butcher knife and cut Qing several times across the left side of his neck, causing deep lacerations, but narrowly missing the artery.

The victim attempted to warn others nearby who were working in another area of the kitchen, according to an arrest report. Feng then attacked a second employee, Qi Zheng, with the butcher knife and caused multiple lacerations to the left side of her neck, shoulder, and lower arm.

Shi Zheng, the store owner and Qi Zheng's father, walked in and saw what was happening from the rear of the store. Deputies say he attempted to protect his daughter and others from further harm. Feng allegedly attacked Shi with the butcher knife and cut him across the right side of his face. Shi continued his efforts to stop Feng, who had now armed himself with a second knife. Despite his injuries, he was able to disarm Feng of the second knife and hold him until deputies arrived.

Deputies say that all three victims were transported to Tampa General Hospital with non-life threatening injuries.

Feng was arrested and charged with three counts of attempted 2nd-degree murder.