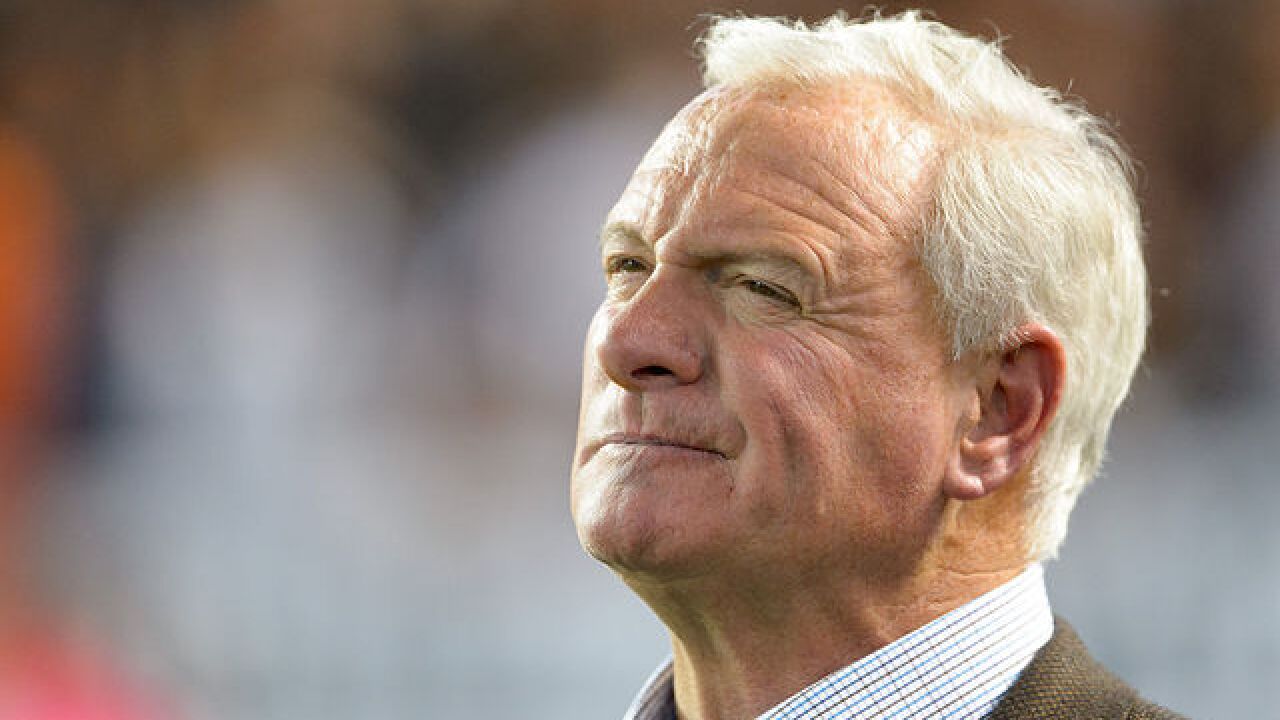 Copyright 2017 Scripps Media, Inc. All rights reserved. This material may not be published, broadcast, rewritten, or redistributed.
Jason Miller
<p>CLEVELAND, OH - OCTOBER 26: Team owner Jimmy Haslam of the Cleveland Browns watches from the sidelines during the second half against the Oakland Raiders at FirstEnergy Stadium in Cleveland, Ohio. The Browns defeated the Raiders 23-13. (Photo by Jason Miller/Getty Images)</p>

The Knoxville News Sentinel reports the jury in the federal fraud trial of former Pilot Flying J executives and sales representatives heard a recording of former vice president John “Stick” Freeman saying Haslam was aware of the scheme to deprive trucking customers of the diesel discounts they had negotiated.

In Freeman’s words: “He knew — absolutely.”

Pilot, which is controlled by the Haslam family, issued a statement reiterating that “Jimmy Haslam was not aware of any wrongdoing.”

Haslam hasn’t been charged in the investigation that has resulted in 14 guilty pleas among former Pilot employees. Freeman and three others are on trial.