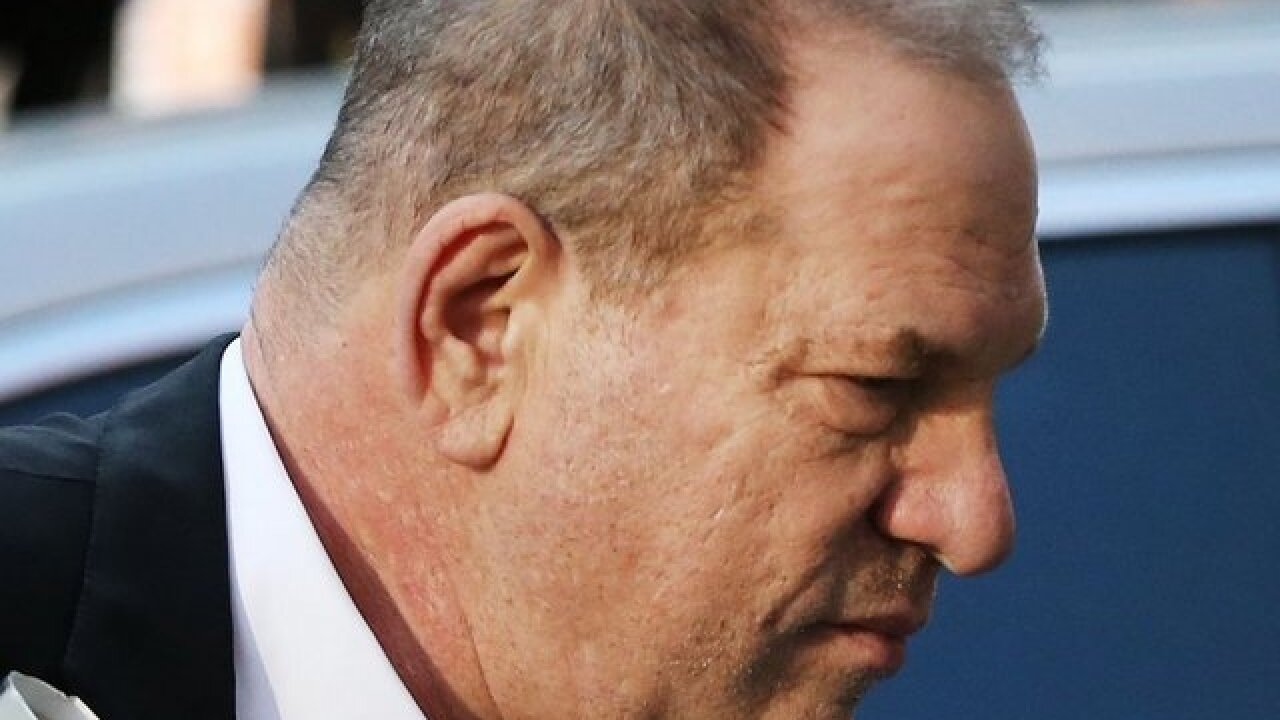 A German actress, using the pseudonym Emma Loman, filed a federal lawsuit in Los Angeles on Monday, alleging that Weinstein raped her during the Cannes Film Festival in 2006. She is suing Weinstein for violation of human trafficking laws, assault, battery and false imprisonment, according to court documents obtained by CNN.

"Our client brings her claims in an effort to achieve justice for herself, and she hopes that by doing so she can help open the door to justice for the women in her industry who have undergone similar experiences," John G. Balestriere, the attorney handling Loman's claim, said in a statement to CNN. "Mr. Weinstein must answer these allegations and be held accountable for any damage he has caused our client."

Phyllis Kupferstein, an attorney representing Weinstein, told CNN in a statement, "This lawsuit is an attempt to continue the legal barrage and public attention on Mr. Weinstein. The allegations are untrue and the claims are barred by the statute of limitations. We intend to immediately move to dismiss the complaint."

According to the suit, Loman said she met with Weinstein at his hotel suite in Cannes, France to discuss starring in an upcoming film project he was producing, but he soon started making sexual advances towards her.

"Upon arriving at Weinstein's suite, however, Weinstein quickly dropped his professional demeanor," the suit states. "He instead overpowered Loman and raped her. Shocked and betrayed, Loman did not know what to do. Furthering Loman's disorientation, Weinstein proceeded to treat the rape like a standard component of their business, as if the professional discussion he offered Loman had actually taken place."

Related: Harvey Weinstein seeks dismissal of indictment due to emails between him and accuser

Loman also claims that Weinstein threatened her not to speak of the assault.

This is the second sex trafficking case filed against Weinstein.

Noble accuses Weinstein of sexually assaulting her in a hotel bathroom in Cannes, France in 2014 after luring her with talk of a potential movie role.

Noble filed suit in November against Harvey Weinstein and his brother and then-business partner Bob Weinstein.

The judge wrote it would be the first instance in which a plaintiff asked for the Trafficking Victims Protections Act to be applied to conduct like that alleged in the lawsuit.

Weinstein's lawyer said the act should not be applied.

"A typical sex trafficking case is someone who lures underage girls on the promise of a green card and locking them up in a basement and forcing them to have sex for money," Kupferstein said in a statement at the time.

Weinstein, who also is facing criminal charges in New York, has denied all allegations of "non-consensual sexual activity."

The charges stem from allegations from three women, according to court documents. Weinstein remains free after posting $1 million cash bail.

The charges against Weinstein came nine months after The New Yorker and The New York Times published accounts from several women accusing him of various forms of sexual misconduct.

In a recent interview with CNN, Ben Brafman, Weinstein's New York criminal attorney, said it would be "difficult but not impossible" to seat an impartial jury should Weinstein's case move forward to trial.

"I hope to find 12 people in Manhattan who may have heard a lot of the allegations against Mr. Weinstein but will give the court their sworn assurances that they will decide this case based on the evidence that comes into the courtroom and not on what they made have read, or what they may have heard," Brafman said. "I think part of what we're trying to suggest in these motions to dismiss is that contrary to what people may have read and may have heard, there is another side here."

CNN's Cheri Mossburg and Judy Oehling contribute to this report.