Here's why Starbucks is changing its rewards program 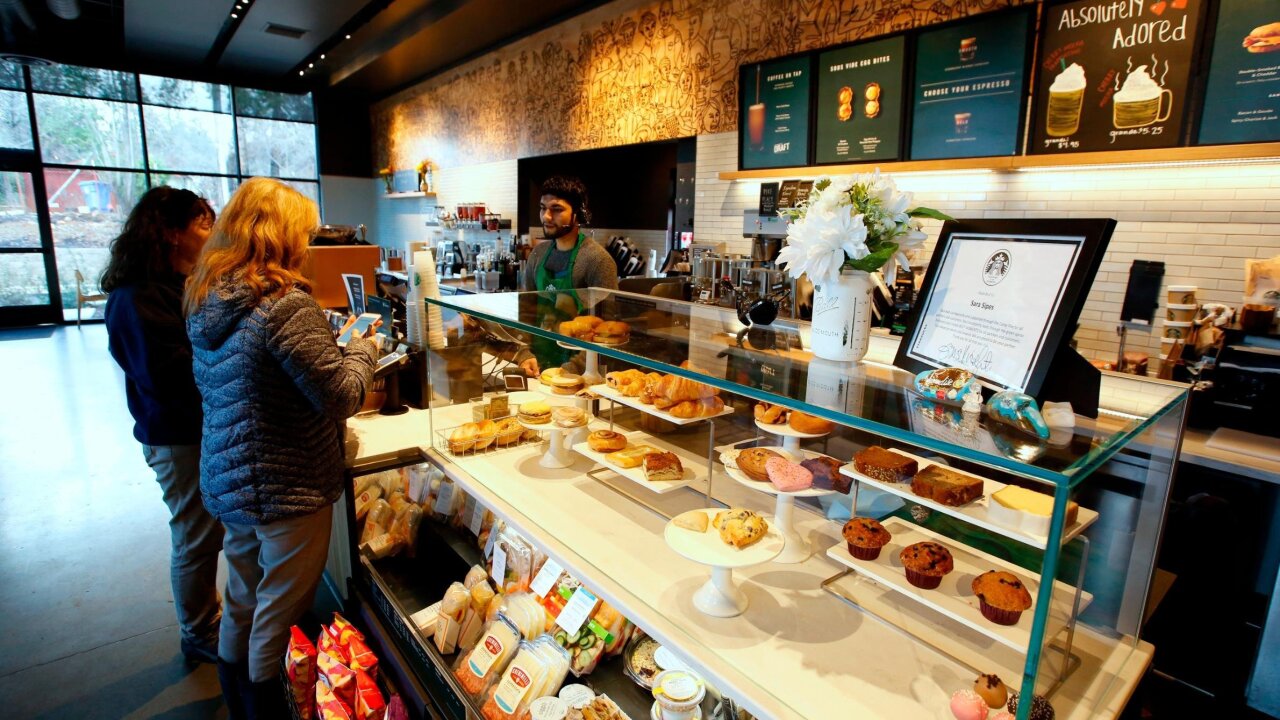 Rich Pedroncelli/AP/Rich Pedroncelli/AP
Starting on April 16, the coffee company's rewards members in the United States and Canada will start earning rewards sooner and have more options when redeeming points.

Super-loyal customers who use Starbucks' membership program account for about 40% of sales at the company's US stores. Now Starbucks is taking steps it believes will make the program more attractive.

Starting on April 16, the coffee company's rewards members in the United States and Canada will start earning rewards sooner and have more options when redeeming points. For customers who use a Starbucks rewards credit or debit card, points won't expire. (They still expire after about six months for other members.)

Digital rewards programs are a way for companies such as Starbucks to increase loyalty and learn more about their customers. The update is designed to bring even more people into the program by offering more choice.

The current rewards program works like this: Customers get two points, or stars, for every dollar they spend. Customers need to hit 300 stars within one year in order to start qualifying for rewards. Once they qualify, they can get a free drink or free food for every 125 stars. If they hold on to the points until they reach, say, 250, they can redeem the points for two free drinks, two food items or one of each.

The new system lets people get different rewards for different amounts of stars, and starts at a lower tier. Members can cash in 25 stars for an extra espresso shot, dairy substitute or another flavor pump. For 50, they get coffee or tea or a bakery item, and so on.

Starbucks launched its rewards programs in 2009, but has changed how it works over the years. Notably, in 2016, Starbucks introduced the two stars per $1 structure — a replacement for the previous one star per visit system. Over the past few years, membership has risen as the company has increased its digital capabilities.

In the last three months of last year, active membership grew to 16.3 million members, a 14% increase compared with the same period a year before. Over the last two years, membership has grown more than 25%.

"Starbucks Rewards continues to be a powerful enabler of loyalty," CEO Kevin Johnson said while discussing that quarter's earnings in a call with analysts. He teased the changes that will be adopted in April. Roz Brewer, the company's chief operating officer, noted at the time that the amount of money each rewards member spends has been increasing.

"When the program gets bigger and has more options, we think more people will join," Ryan told CNN Business. They may "spend a little bit more, too."

Other companies are getting creative with their own loyalty programs.

Chipotle, which announced its first national rewards program last week, gave out cash on Venmo to share the news. And Burger King announced a $5 per month subscription service that gives members a free cup of small hot brewed coffee a day.