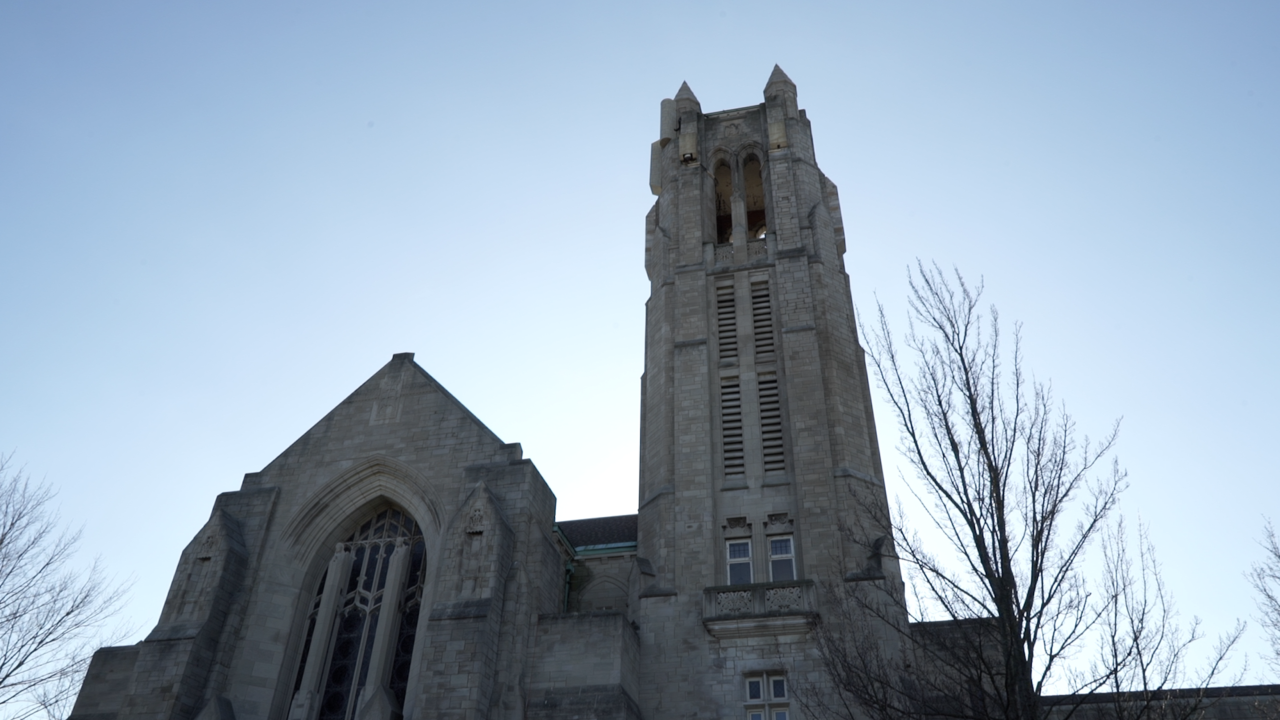 CLEVELAND, Ohio. – Following shootings inside houses of worship around the world, many churches are reconsidering their security measures.

“We celebrate our love for Christ and our love for each other,” said Senior Pastor Kregg Burris at First Baptist Church of Greater Cleveland Ohio.

Instead of just focusing on the message of faith, pastors like Kregg are now having to put more thought into keeping their congregation safe during services.

“There's the old sense that I’m going to trust God,” he said. “Then there’s the realism of, well in the world we live in where people don’t recognize and understand the sacredness of the space.”

He said the congregation has had to take steps in order to try and protect their people, but do it in a respectful manner. Just over a year ago, the security team was formed.

“We just live in a world where reality exists that some people have a different world view than we have,” said Monroe Goins, a member of the church and part of the security team, who has almost three decades of law enforcement experience.

From using walkie talkie to installing security cameras and new door systems, First Baptist of Greater Cleveland has implemented a number of safety measures since 2018.

“I believe churches should have a plan in place,” he said.

Following attacks at a church in Charleston, South Carolina, a mosque in New Zealand, and multiple houses of worship in Texas, Goins said he has seen an increase in violence.

Now, the state of Ohio is taking a hands on approach.

The Ohio Emergency Management Agency announced they now have a toolkit to help, available to download for free.

“We’ve seen across the country the incidents,” said Tom Stickrath, the Director of the Ohio Department of Public Safety. “And how tragic they can be.”

“It’s a tool people can choose to use,” Stickrath said. “It’s been downloaded more than 600 times by organizations in 29 states.”

That was only a week after the toolkit was released.

The toolkit came out shortly after the church shooting in White Settlement, Texas. Two people died before the gunman was taken down.

But not everyone is on board with the idea of the toolkit.

“This is not something we could endorse or recommend to churches,” said Kristine Eggert, a former pastor and the Executive Director of gun violence organization God Before Guns. “For there to be a toolkit about gun violence in a church that is not taking into account anything about peoples theology, about what people believe, and about what church is.”

She said there are other ways to keep each other safe.

“Among talking to other pastors, as they’re looking at preparing their budgets more money is earmarked for security,” Pastor Burris said.

In the event of an active shooter situation, one of the biggest factors is time.

“It’s very rare the police arrive in time for a rapid mass murder,” said Ron Borsch, a former law officer who has been studies these situations for decades. “So, the simple solution is having armed and trained on site good guys.”

“The security officer without a gun is a victim,” he said.

“How do we maintain an open welcome environment,” Goins said. “But yet be responsible for keeping people safe.”