InfoWars' main YouTube channel is two strikes away from being banned 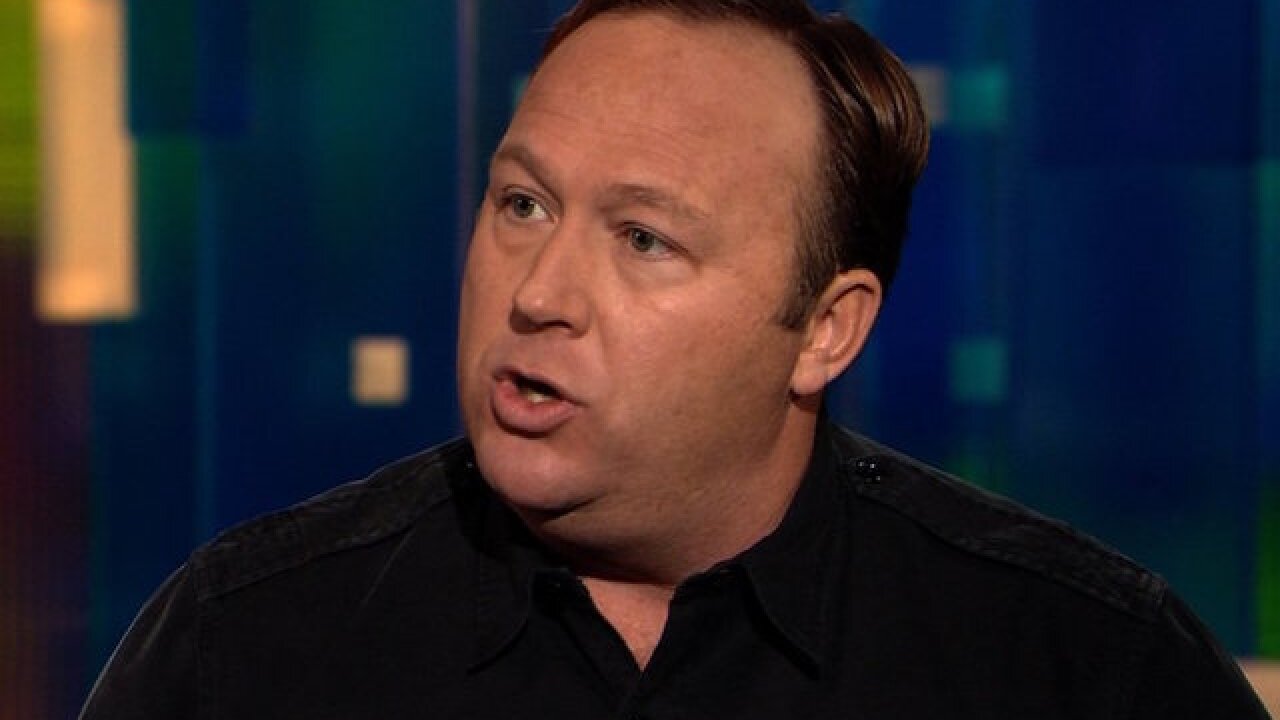 © 2017 Cable News Network, Inc.
CNN
<p>InfoWars' Alex Jones just made the rarest of statements (for him): an apology.</p>

InfoWars, a far-right media organization run by Alex Jones and known for peddling unfounded conspiracy theories, is on thin ice with YouTube after it posted a video that portrayed the survivors of the Parkland school shooting as actors.

That video focused on David Hogg, a strong voice among survivors of the mass shooting at Marjory Stoneman Douglas High School. The attention has given him a powerful platform -- but it has also made him the subject of demonstrably false conspiracy theories that claim he's so skilled as a public speaker that he must be a paid actor.

On Wednesday, YouTube removed the video from InfoWars' page for violating its policies on harassment and bullying. The video was titled, "David Hogg Can't Remember His Lines In TV Interview."

It used screenshots of an interview Hogg did with with CNN affiliate KCBS, in combination with other images, in an attempt to suggest that Hogg and other students are "crisis actors."

The term refers to people who are paid to play disaster victims in emergency drills. More recently, though, the phrase has been co-opted by conspiracy theorists who claim mass shootings are events staged to achieve a political goal.

InfoWars repeatedly showed its 2.2 million YouTube subscribers the video before it was taken down.

"Last summer we updated the application of our harassment policy to include hoax videos that target the victims of these tragedies," said a YouTube spokesperson. "Any video flagged to us that violates this policy is reviewed and then removed."

But CNN has identified three YouTube videos from InfoWars that cite such hoaxes and asked if they also violated YouTube's policies. The YouTube spokesperson said the videos sent in by CNN were flagged to the policy team for review on Thursday evening.

CNN has sent repeated inquiries to YouTube on the outcome of that review, but has not received a response.

YouTube's community guidelines say if the account receives one more strike in a three-month period, it will not be able to post new content for two weeks.

If the account receives two more strikes in three months, it will be terminated.

A source with knowledge of InfoWars' account says all YouTube accounts, including InfoWars', are subject to the community guidelines.

InfoWars founder Alex Jones is known for spreading the conspiracy that the Sandy Hook Elementary School shooting in Newtown, Connecticut, in 2012 was fake. Of Parkland, he acknowledges that "real people were shot." But Jones repeatedly implied Hogg and others are crisis actors. He also said in a February 15 video posted on YouTube that he could "officially say that it's about a 90 percent chance" the Florida shooting was a "deep state false flag operation."

CORRECTION: The headline of this piece has been updated to more accurately reflect the fact that InfoWars' main YouTube channel is two strikes away from being banned from YouTube.