Kavanaugh will not teach at Harvard next year 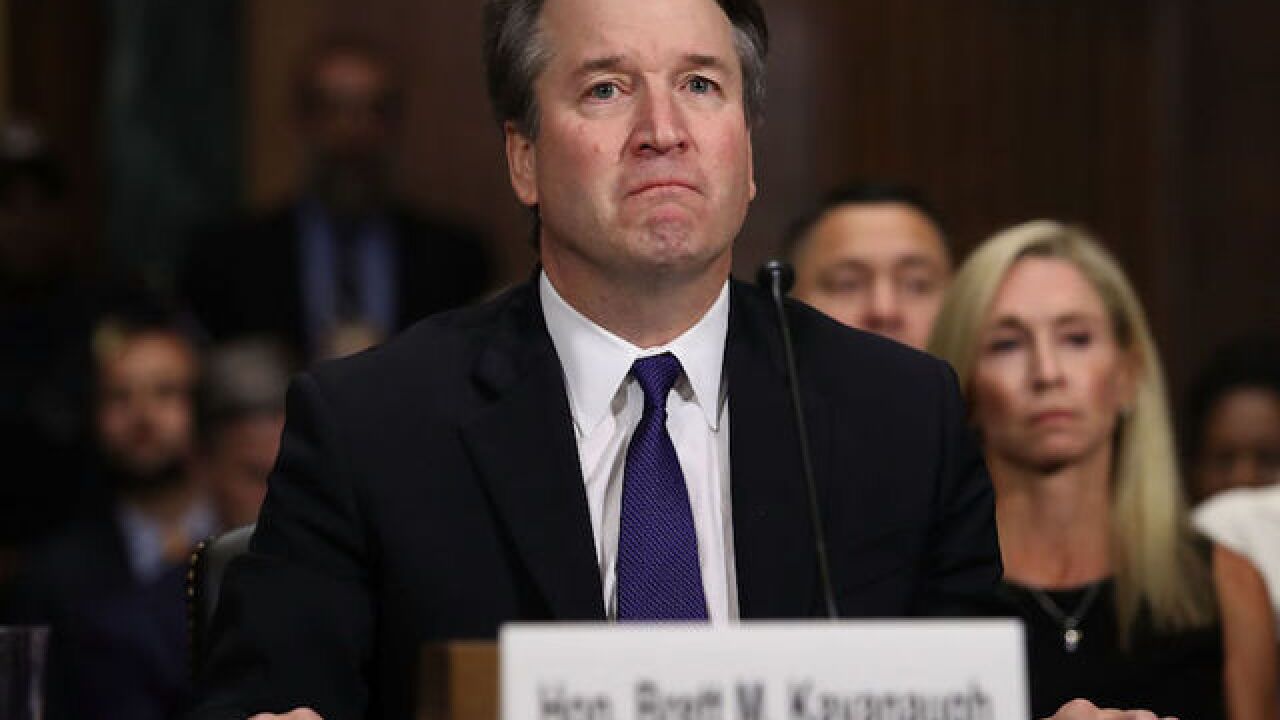 Image copyright 2018 Getty Images. All rights reserved. This material may not be published, broadcast, rewritten, or redistributed.
Win McNamee
<p>Judge Brett Kavanaugh is sworn in before testifying to the Senate Judiciary Committee during his Supreme Court confirmation hearing in the Dirksen Senate Office Building on Capitol Hill September 27, 2018 in Washington, DC. </p>

Supreme Court nominee Brett Kavanaugh will not be teaching at Harvard Law School in January 2019, the school informed students Monday.

In an email obtained by CNN, Catherine Claypoole, the associate dean and dean for academic and faculty affairs at the Harvard Law School, informs students that Kavanaugh "indicated that he can no longer commit to teaching his course in January Term 2019, so the course will not be offered."

Kavanaugh was scheduled to teach a class in the winter term, according to a source familiar with the matter. However, the source could not confirm the reason Kavanaugh would not be teaching at the school in 2019 beyond the statement sent out by school officials that he could "no longer commit to teaching his course." It was not immediately clear if Kavanaugh dropped out due to anticipation that he would be serving on the Supreme Court.

Harvard Law School representatives did not immediately return a request for comment from CNN seeking a specific reason why Kavanaugh felt he could not commit to teaching the course.

By late Monday, more than 800 Harvard Law School alumni had signed a letter calling for the school to rescind Kavanaugh's lecturer appointment.

"HLS must send a clear message that it takes sexual violence seriously," the letter reads, and adds that the accusations made against Kavanaugh, including those by Christine Blasey Ford of sexual and physical assault, are "credible and grave."

"They seriously call into question his character and morality," the letter reads, "and should disqualify him from a lifetime appointment as a Supreme Court Justice" and a Harvard Law School lecturer.

"We believe that Judge Kavanaugh's appointment as an HLS lecturer sends a message to law students, and in particular female students, that powerful men are above the law, and that obstructive, inappropriate behavior will be rewarded," the letter reads. "HLS would be tarnished to have him on campus in any position of authority."