Man calls in threat to Boston Globe, calling paper the 'enemy of the people' 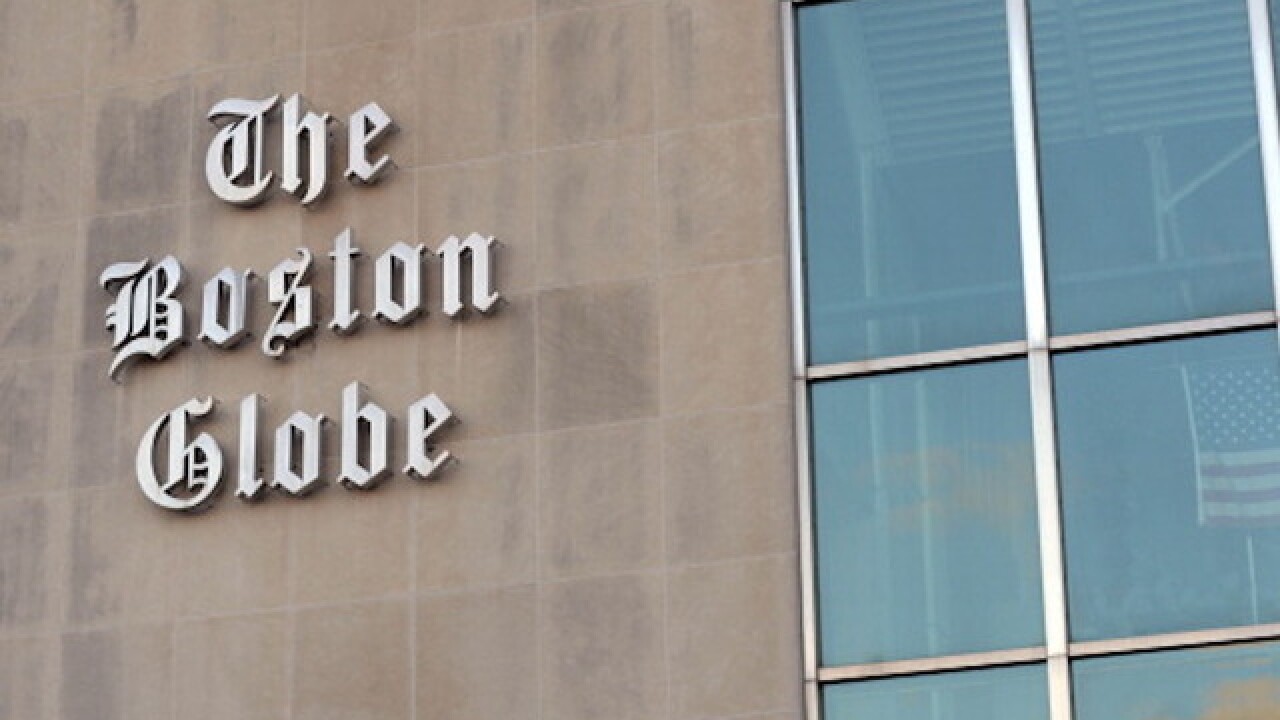 Image copyright 2018 Getty Images. All rights reserved. This material may not be published, broadcast, rewritten, or redistributed.
Darren McCollester
<p>BOSTON, MA - FEBRUARY 20: The Boston Globe signage hangs on the side of its building on February 20, 2013 in Boston, Massachusetts. The New York Times Company, which owns The Boston Globe, said today its plans to sell the Globe and it's New England Media Group, and has hired an investment firm to help manage the sales process. (Photo by Darren McCollester/Getty Images)</p>

A California man allegedly made a series of threats to Boston Globe employees in which he echoed President Trump's anti-press language.

Robert D. Chain of Encino, California has been charged with one count of making threatening communications in interstate commerce, the US Attorney's Office for the District of Massachusetts said in a press release Thursday. Chain, 68, is due to appear in federal court in Los Angeles Thursday afternoon.

The US Attorney's Office said Chain will be transferred to Boston "at a later date."

Chain is accused of making several threatening phone calls to the Globe beginning almost immediately after the paper announced on August 10 that it was calling on newspapers across the country to publish editorials the following week standing up to Trump for referring to the press as "fake news" and "enemies of the people."

According to court documents, on August 16, the day the editorial campaign was published in newspapers around the country, Chain made a call to the Globe's newsroom in which he said, "You're the enemy of the people, and we're going to kill every f***ing one of you. Hey, why don't you call the F, why don't you call Mueller, maybe he can help you out buddy. ... I'm going to shoot you in the f***ing head later today, at 4 o'clock."

In another call allegedly made on August 22, Chain was asked why he was calling. According to court documents, he responded, "Because you are the enemy of the people, and I want you to go f*** yourself. As long as you keep attacking the President, the duly elected President of the United States, in the continuation of your treasonous and seditious acts, I will continue to threats, harass, and annoy the Boston Globe."

More than 300 newspapers joined the Globe's initiative, with editorials running from coast-to-coast. In courting the other papers, the Globe proposed running the editorials to sound the alarm "on the dangers of the administration's assault on the press."

Chain allegedly made at least 14 threatening phone calls to the Globe between August 10 and 22. He faces a charge that "provides for a sentence of no greater than five years, one year of supervised release, and a fine of $250,000," the US Attorney's Office said in its press release.

"Everyone has a right to express their opinion, but threatening to kill people, takes it over the line and will not be tolerated," said Harold H. Shaw, Special Agent in Charge of the Federal Bureau of Investigation, Boston Division, said in a statement. "Today's arrest of Robert Chain should serve a warning to others, that making threats is not a prank, it's a federal crime. All threats are taken seriously, as we never know if the subject behind the threat intends to follow through with their actions. Whether potentially hoax or not, each and every threat will be aggressively run to ground."