Man thrown from motorized wheelchair after it hit a pothole, people run to help 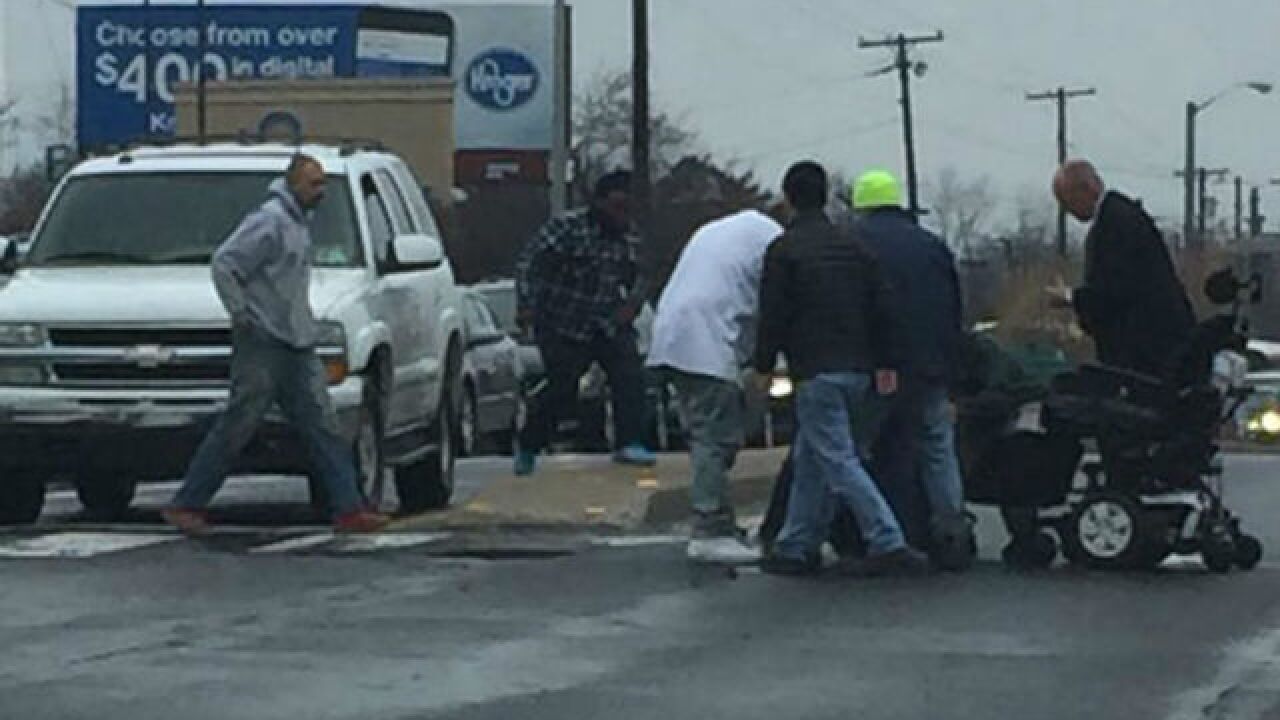 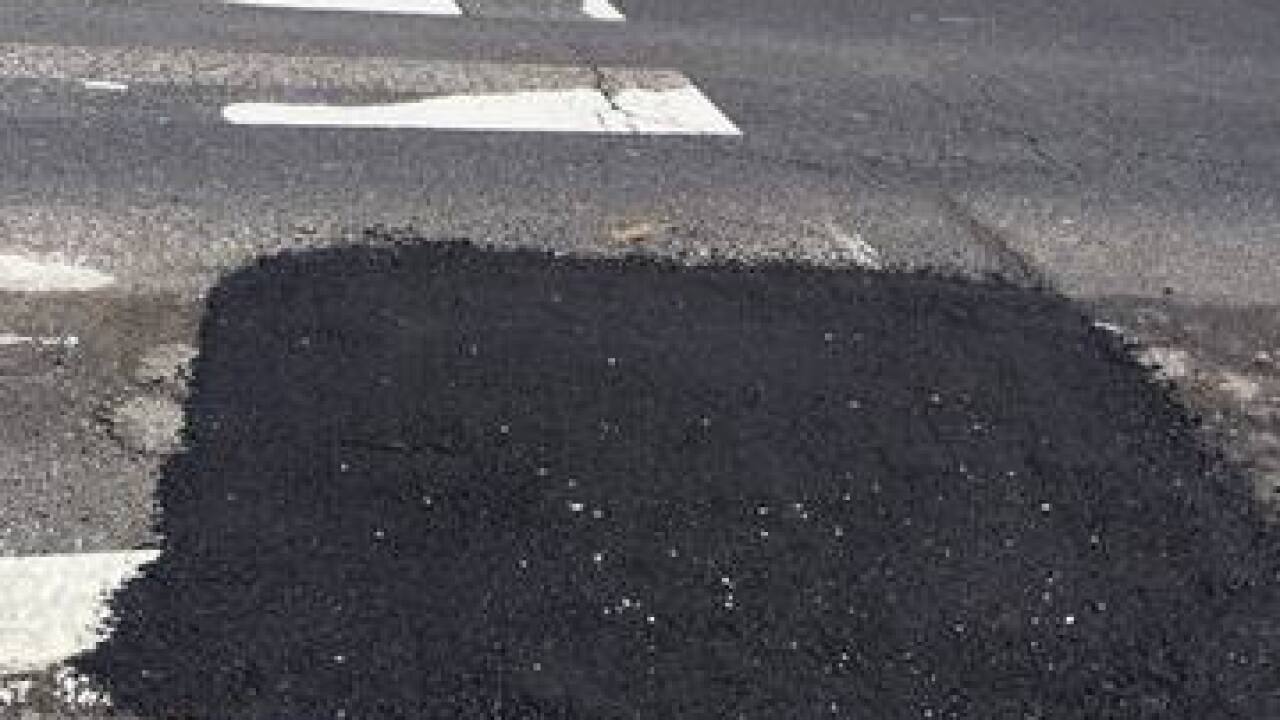 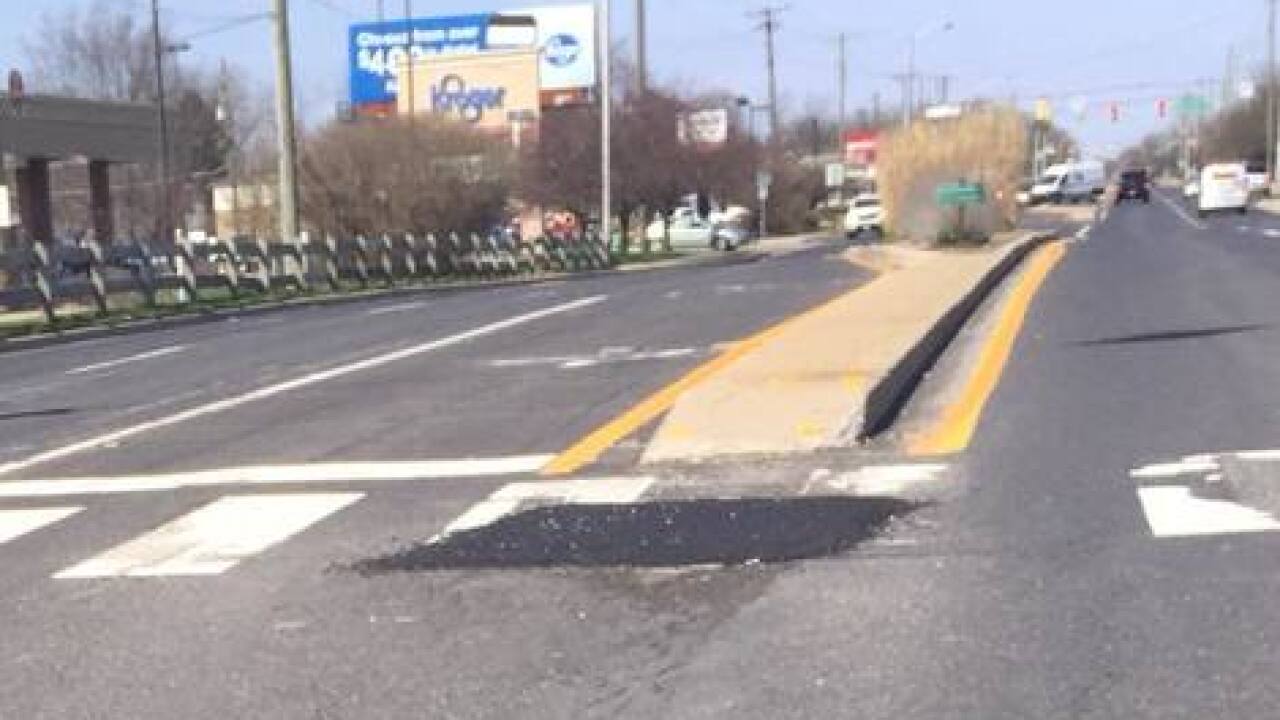 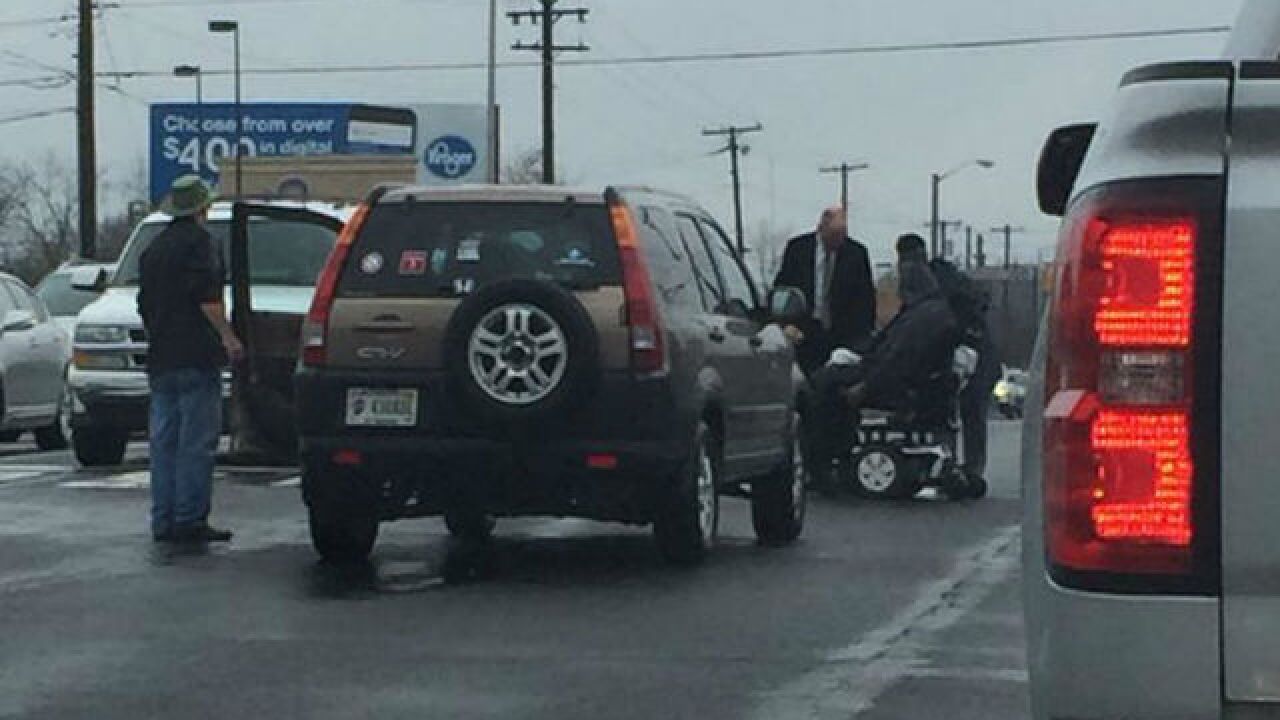 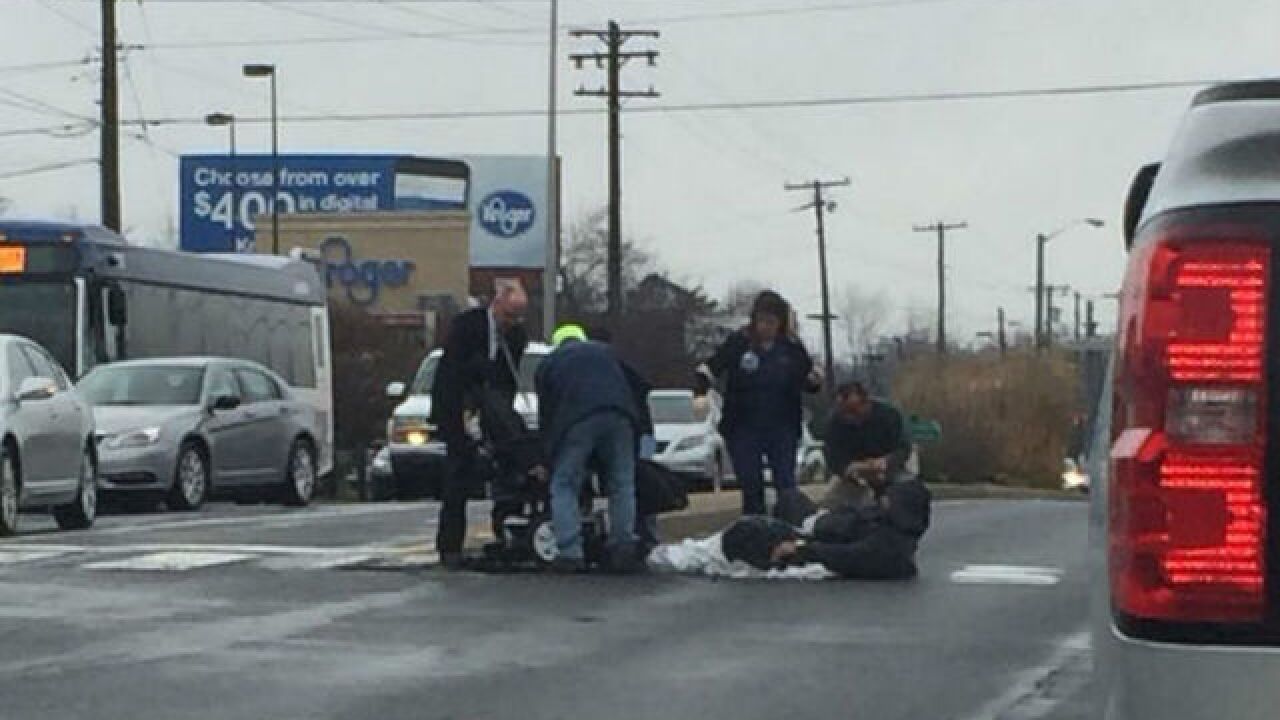 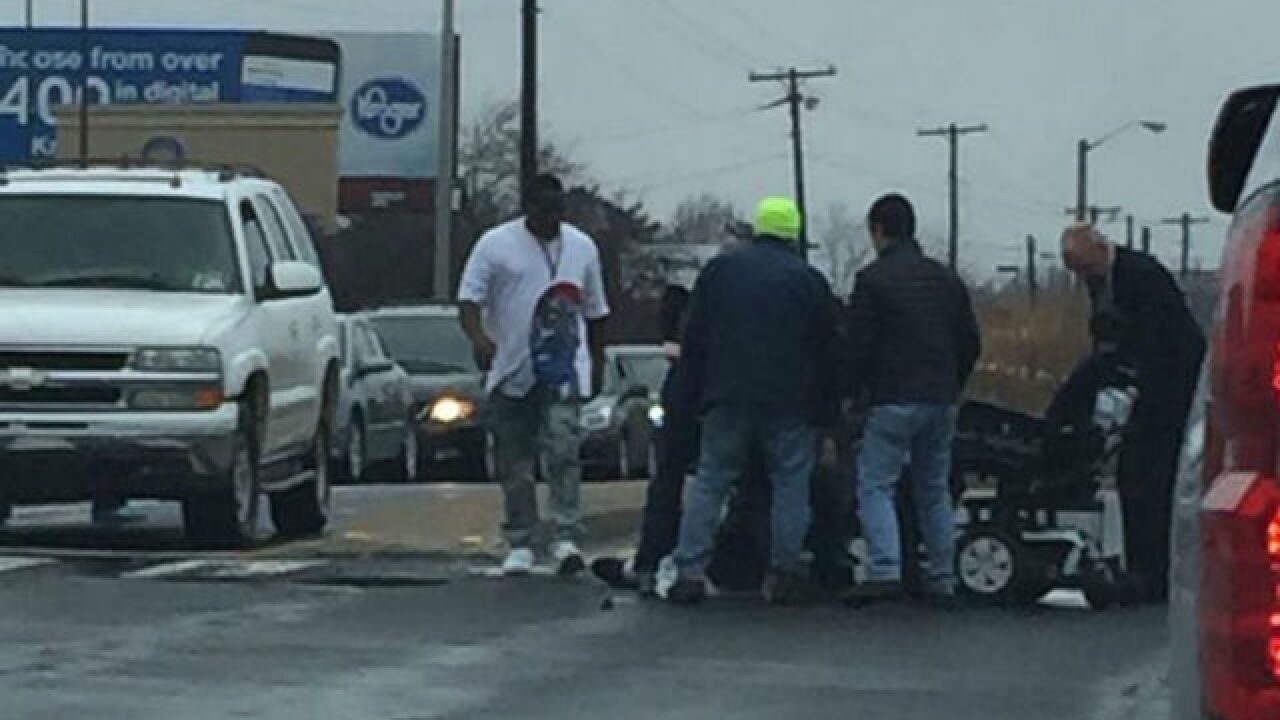 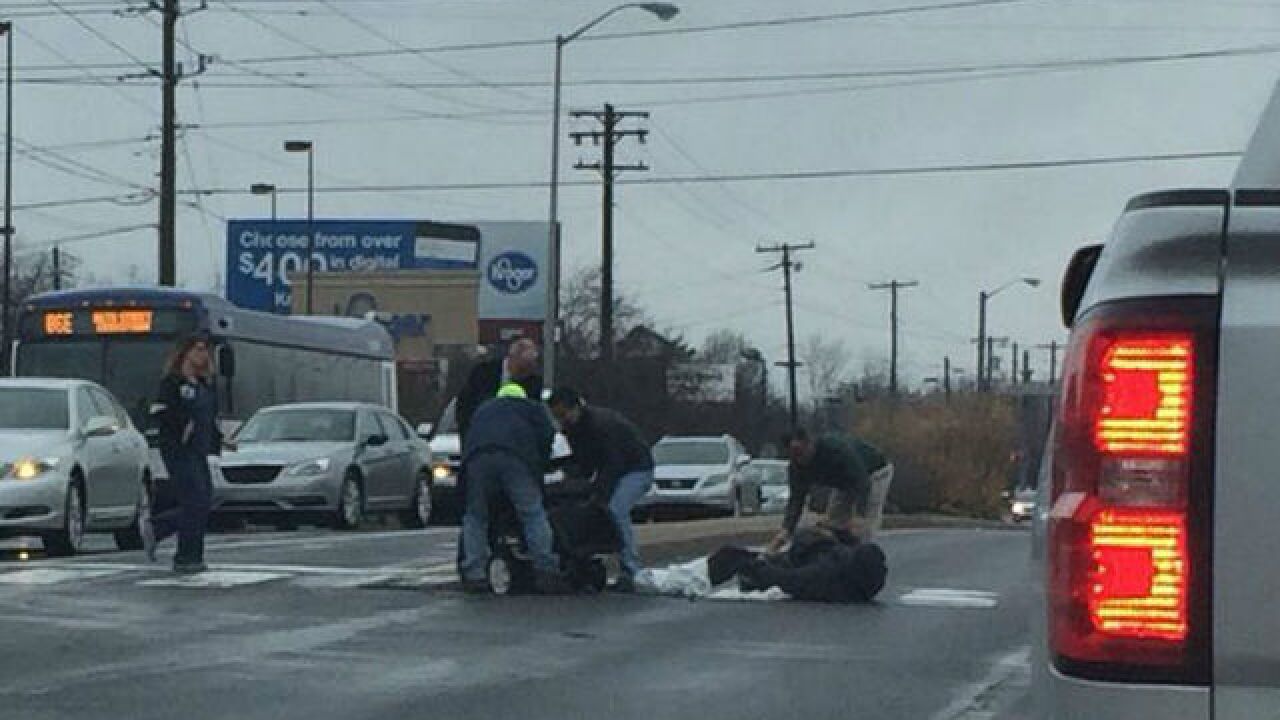 INDIANAPOLIS -- An Indianapolis woman was moved to tears after seeing random strangers' response when a man using a wheelchair was flung after hitting a pothole.

Carissa Brammer was driving on 86th Street Wednesday morning when she stopped at a stoplight.

A man crossing the walk in his motorized wheelchair hit a "damn pothole," as she called it, and went flying forward.

He was lying flat on his back in the middle of the intersection when people came running to help.

"The first guy out was a suit and tie guy in his Lexus," she wrote. "Then an Asian man in his Lexus. Then a furniture delivery man. Then a couple black men. It was beautiful. The guys just kept coming."

The stop light went through several rotations, but nobody moved or honked until the man was safely on the other side.