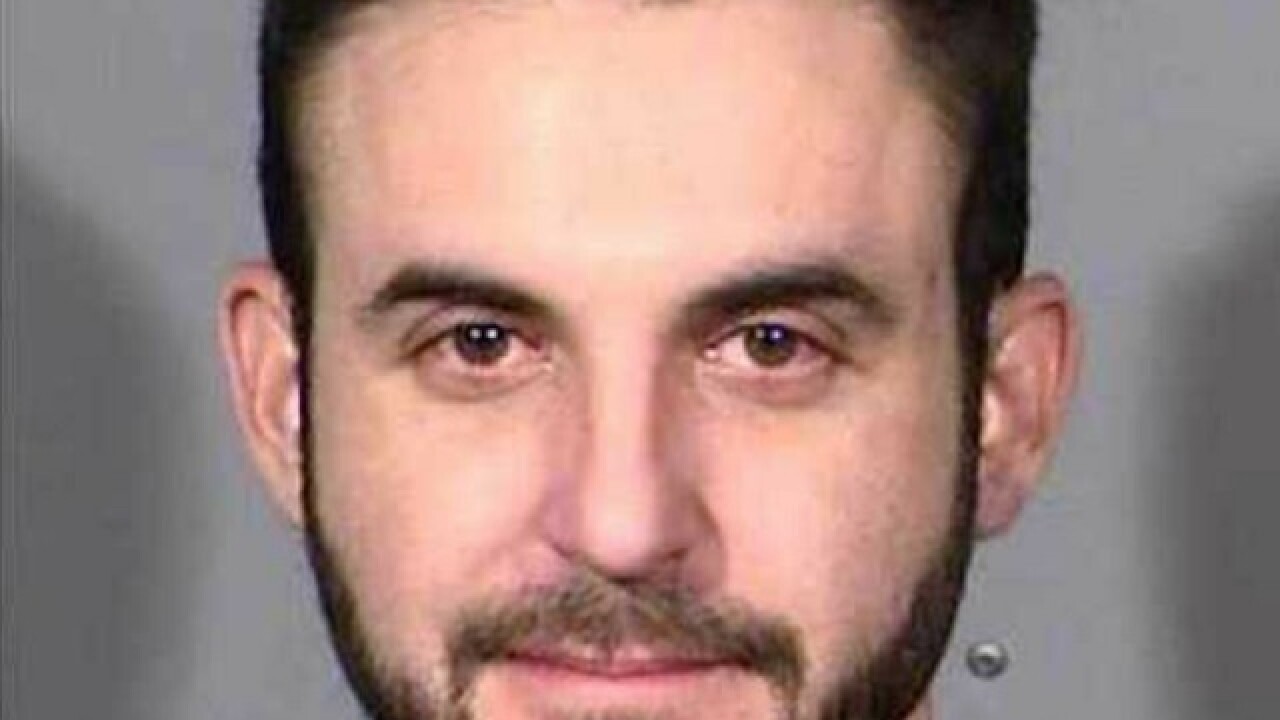 Copyright 2018 Scripps Media, Inc. All rights reserved. This material may not be published, broadcast, rewritten, or redistributed.
<p>32-year-old Jeremy Karsh was arrested after being found passed out in his car next to a semi-automatic rifle.</p>

Two videos of a man passed out with a semi-automatic rifle and other guns in his vehicle in Las Vegas have gone viral.

According to the man who recorded the videos, the man was slumped over a steering wheel in a parking lot near a McDonald's restaurant about five miles from the Las Vegas strip.

The first video shows a group of paramedics with MedicWest gathered around the car. According to Steven Gibson, the paramedics spotted the guns and called police.

The second video shows Las Vegas Metropolitan Police Department officers surrounding the car with guns drawn, opening the car door, and removing a handgun and semi-automatic rifle. After removing the guns, they pull the man out of the car and arrest him.

The Las Vegas Review-Journal has identified the man as 32-year-old Jeremy Karsh. LVMPD sent out his mug shot this morning but have not provided an arrest report at this time. The newspaper says he was arrested for driving under the influence and three counts of possession of a firearm by an intoxicated person.