Mark Zuckerberg: My data was exposed as well 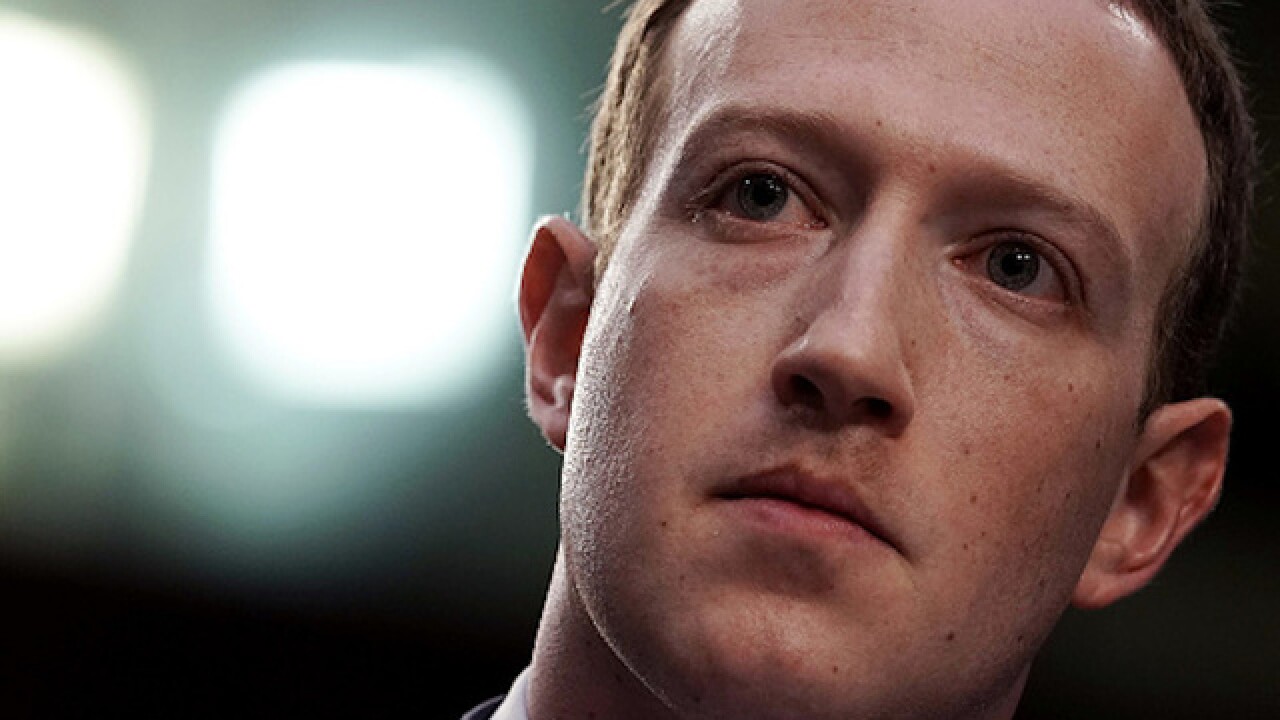 Image copyright 2018 Getty Images. All rights reserved. This material may not be published, broadcast, rewritten, or redistributed.
Alex Wong
<p>WASHINGTON, DC - APRIL 10: Facebook co-founder, Chairman and CEO Mark Zuckerberg testifies before a combined Senate Judiciary and Commerce committee hearing in the Hart Senate Office Building on Capitol Hill April 10, 2018 in Washington, DC. Zuckerberg, 33, was called to testify after it was reported that 87 million Facebook users had their personal information harvested by Cambridge Analytica, a British political consulting firm linked to the Trump campaign. (Photo by Alex Wong/Getty Images)</p>

The Facebook CEO is testifying Wednesday before the House Energy and Commerce Committee, his second and final hearing this week in the wake of the Cambridge Analytica data scandal.

Zuckerberg repeated an apology offered in the previous hearing that Facebook made a "big mistake" by not taking "a broad enough view" of its responsibility.

But he faltered somewhat when pressed by Rep. Frank Pallone, a Democrat from New Jersey, for a "yes" or "no" answer on whether Facebook would commit to changing its default settings to minimize data collection "to the greatest extent possible."

"This is a complex issue that deserves more than a one word answer," Zuckerberg said. Pallone called the response "disappointing."

The Congressional hearings come nearly a month after news broke that Cambridge Analytica, a data firm with ties to President Donald Trump's campaign, accessed information from as many as 87 million Facebook users without their knowledge.

Zuckerberg revealed in the hearing Wednesday that his own data was exposed as well.

Zuckerberg emerged largely unscathed after a five-hour session before a joint hearing of the Senate Judiciary and Commerce committees. The hearing marked his first time ever testifying on Capitol Hill.

Senators pressed him on Facebook's data collection practices, alleged monopoly power and the potential for regulating the company. But with 44 senators asking questions, an unusually high number, and just five minutes of time allotted for each, there was limited potential for followup questions to the CEO.

The House hearing may prove no better. The Energy and Commerce Committee has 55 members.

"Your success story is an American success story," Rep. Greg Walden, the chairman of the committee, said in his opening remarks. But alluding to Facebook's earlier business motto, he noted that it appeared Facebook had "moved too fast and broken too many things."

The data scandal wiped away tens of billions of dollars from Facebook's market value, prompted political scrutiny on both sides of the Atlantic and even raised the once unthinkable question of whether Zuckerberg should step down as CEO. It also reignited long simmering concerns about Facebook's impact on the world's privacy, civil discourse and domestic institutions.