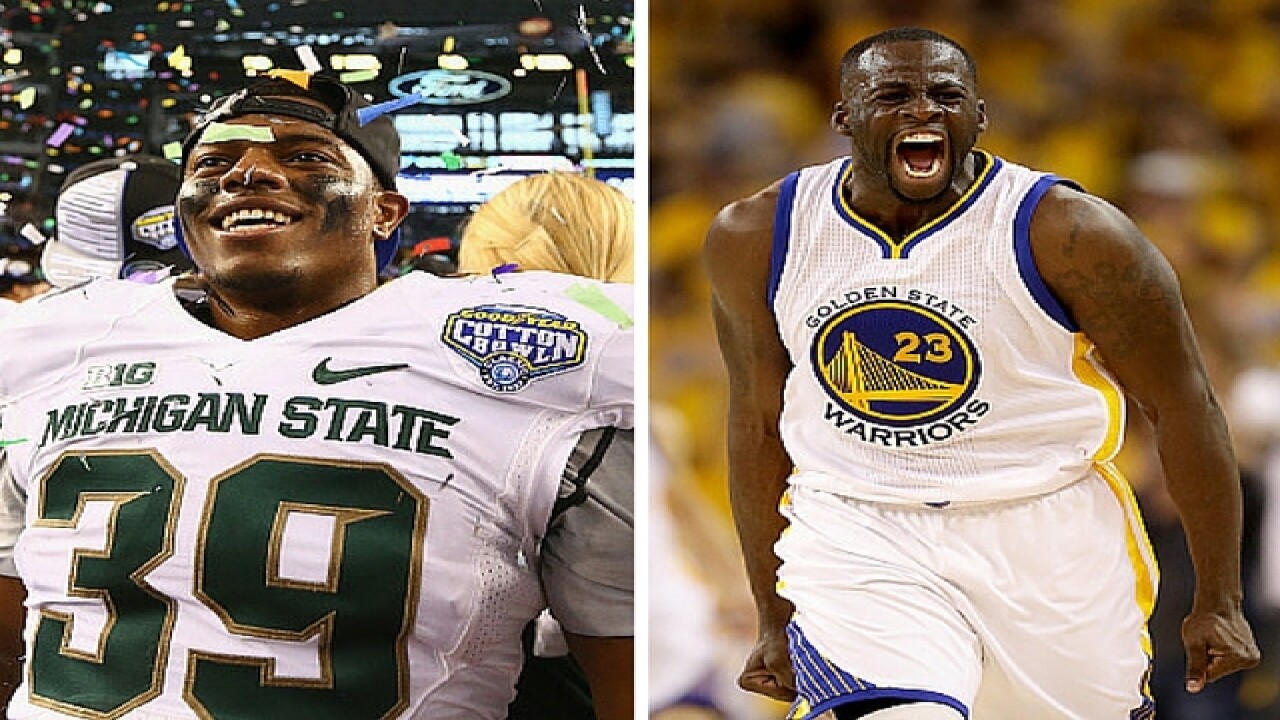 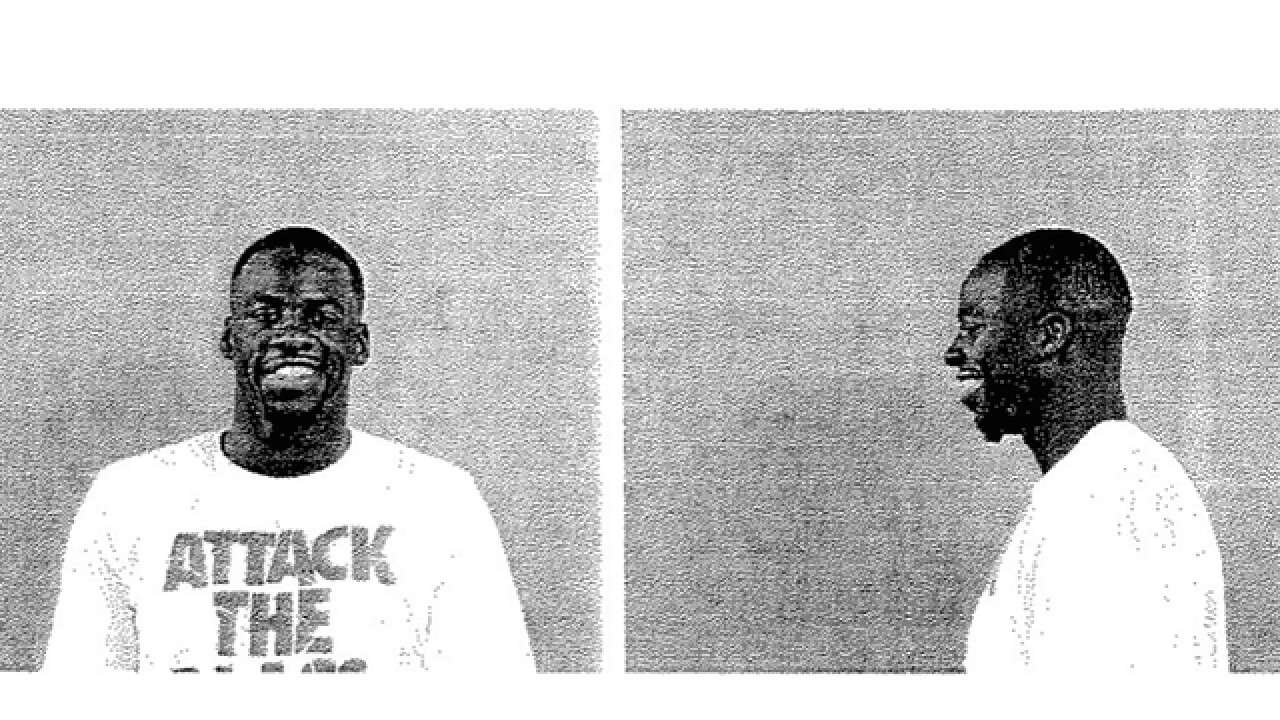 DETROIT (AP) — Golden State Warriors star Draymond Green struck a Michigan State football player in the jaw during a weekend confrontation near campus, tried to apologize and then had to sit in jail for a while until he could sober up, according to a police report released Wednesday.

Senior cornerback Jermaine Edmondson claimed he was punched by Green early Sunday outside a restaurant in East Lansing, though officers patrolling the area said they saw or heard a loud, open-handed "slap."

Edmondson said it was his second confrontation with Green in as many nights out. He told police that he and his girlfriend were choked Friday night by men who were with Green at Rick's, a bar near campus.

He said he spotted Green the next night and tried to talk to him, according to the police report released to The Associated Press.

"I walk over and I tell Draymond that last night wasn't cool," Edmondson, who is from Canton, Ohio, said in an email to police. "As he responded to me he began to poke me on my shoulder and I tell him that he doesn't need to put his hands on me, we can just talk. As I started to talk again, boom, I'm punched in my jaw."

He said he had a headache and pain in his neck and jaw.

Green was arrested and taken to the East Lansing jail where he had a blood-alcohol level of 0.10, police said. He was released when sober.

Green said "he was sorry for slapping the subject and wanted to speak with him to make things right," Officer Jeff Horn wrote.

If convicted of misdemeanor assault and battery, Green could face 93 days in jail, a $500 fine or both.

"My legal team is handling it. It will be resolved really quickly," Green said Tuesday in Aspen, Colorado. "As a public figure, I just can't put myself in certain situations. It's something that I'll learn from and move on."

The full arrest report can be read below.