More than 14 million kids go to a public school with police but no mental health staff. That's bad, ACLU says 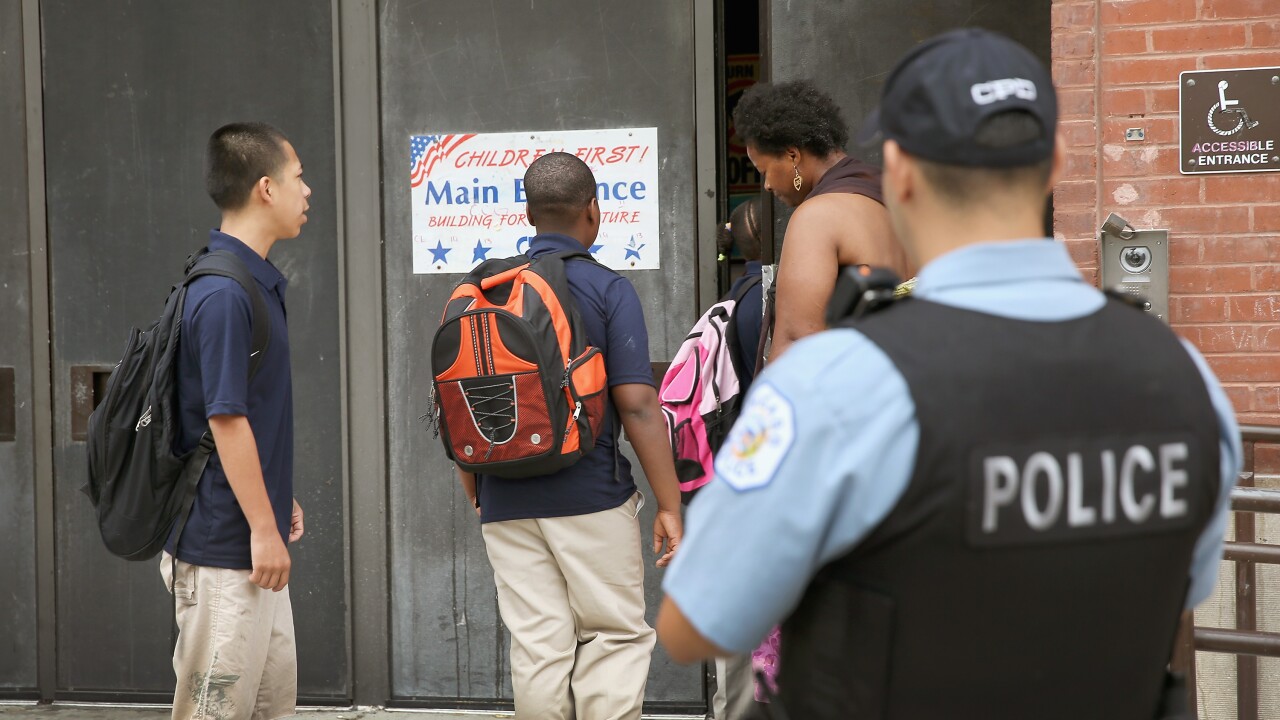 The report found that nearly one-third of public school students, more than 14 million, are enrolled in schools with police but without a counselor, nurse, psychologist or social worker. The shift in resources comes as schools reassess their security measures in the wake of repeated school shootings and as local, state and federal governments make more money available to fund officers on campuses.

But the "severe shortage of the staff most critical to school safety and positive climate" makes schools vulnerable, the ACLU said in the report titled " Cops and No Counselors: How the Lack of School Mental Health Staff is Harming Students ."

The report uses 2015-2016 data from the Department of Education's Office of Civil Rights to compare access to school-based mental health services to access to law enforcement officers and security guards in 96,000 public schools.

"A key finding of this report is that millions of students are being underserved and lack access to critical supports," the nonprofit said in the report. "These glaring deficits in mental health staff for students are inexcusable, especially in comparison to the number of reported law enforcement in schools."

1.7 million students in schools with police and no counselor

The American School Counselor Association recommends one counselor for every 250 students.

Just three states -- Montana Vermont and New Hampshire -- meet the recommended student-to-counselor ratio, the ACLU report found. On average, schools reported one counselor for every 444 students, according to the report.

"It's physically impossible for them to have an impact on students with developmental needs," said Eric Sparks, assistant director of the American School Counselor Association, who added that many times counselors will help students process trauma they've experienced at school or home. "We have many schools where students don't have access to a school counselor and some schools don't have a school counselor."

What's more, fewer than 3% of schools met the professional recommendation for social workers, 43% of public school students attended a school that did not have a psychologist and 33% of students were in schools without a nurse on staff, the report said.

By comparison, 43% of students reported attending a school with a security guard or sworn law enforcement officer. There were 1.7 million students in schools with a guard or officer and no counselor, the report said.

The ACLU argues that the data demonstrates that some schools are ill-equipped to address students' social, emotional and behavioral needs and more inclined to criminalize "typical adolescent behavior."

Outcomes are worse for students of color and those with disabilities, who are arrested at higher rates, the organization found.

"Having law enforcement on campus is a key contributor to this school-to-prison pipeline," the ACLU said. "The likelihood of a student dropping out of school increases significantly every time they touch the criminal justice system."

Mo Canady, executive director of the National Association of School Resource Officers, disputes some of the report's characterizations. Canady said its unfair of the report to lump trained school resource officers -- who engage with students -- in with security guards and other law enforcement personnel.

The ACLU report calls for more federal, state and local funding for student support services that include mental health staffing and programming. The organization also wants police to train on topics that include adolescent development, implicit bias, communication and de-escalation.