National School Walkout: See photos from around the US 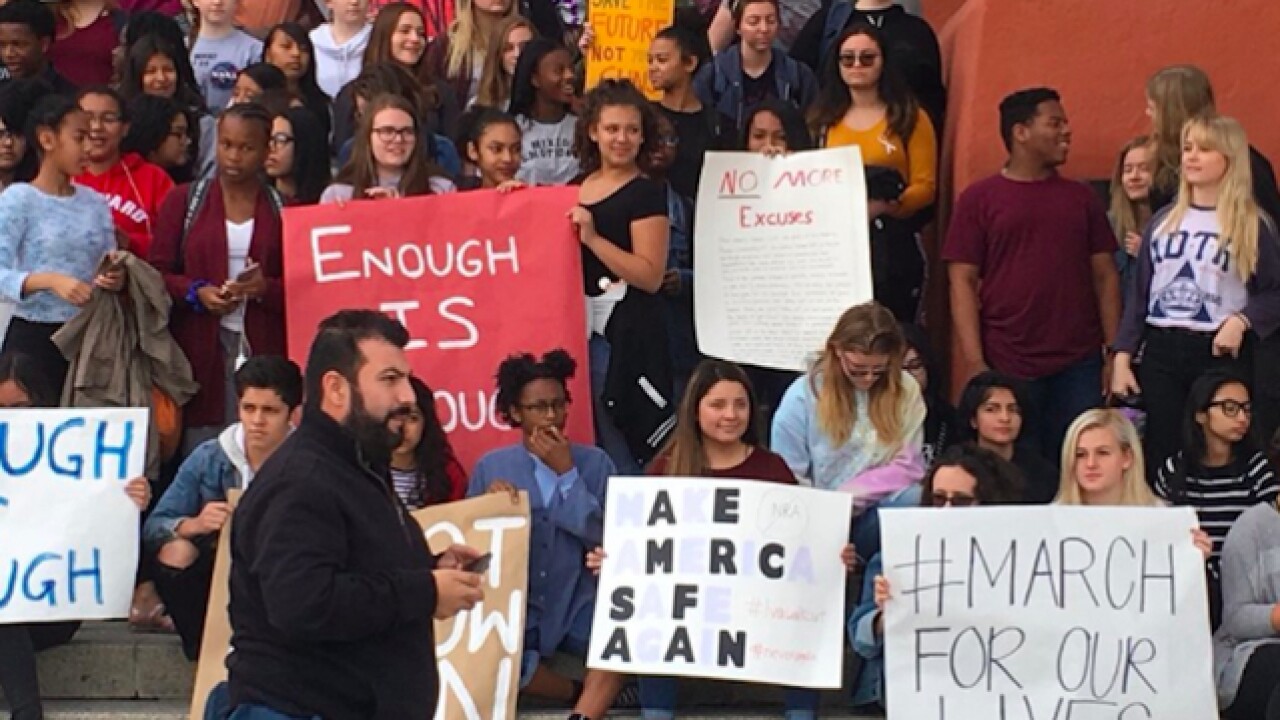 Copyright 2018 Scripps Media, Inc. All rights reserved. This material may not be published, broadcast, rewritten, or redistributed.
KTNV
<p>Students and others at Las Vegas Academy in Nevada participate in the National School Walkout event on March 14, 2018. The walkout, happening across the United States, is in protest to push for legislation that would make public places safer from gun violence.</p>

Students and staffs of schools across the United States walked out of buildings and protested at statehouses in support of victims of gun violence, and seeking legislation aimed at making public spaces safer.

The National School Walkout was organized by the Women's March youth branch, called EMPOWER. Walkouts occurred at schools at 10 a.m. Wednesday, March 14 in every time zone.

Walkouts took place one month after a mass shooting at Marjory Stoneman Douglas High School in Parkland, Florida that claimed 17 lives. The shooting has further spurred a national conversation on gun control and school safety.

See photos of school walkouts across the U.S.
Learn about EMPOWER