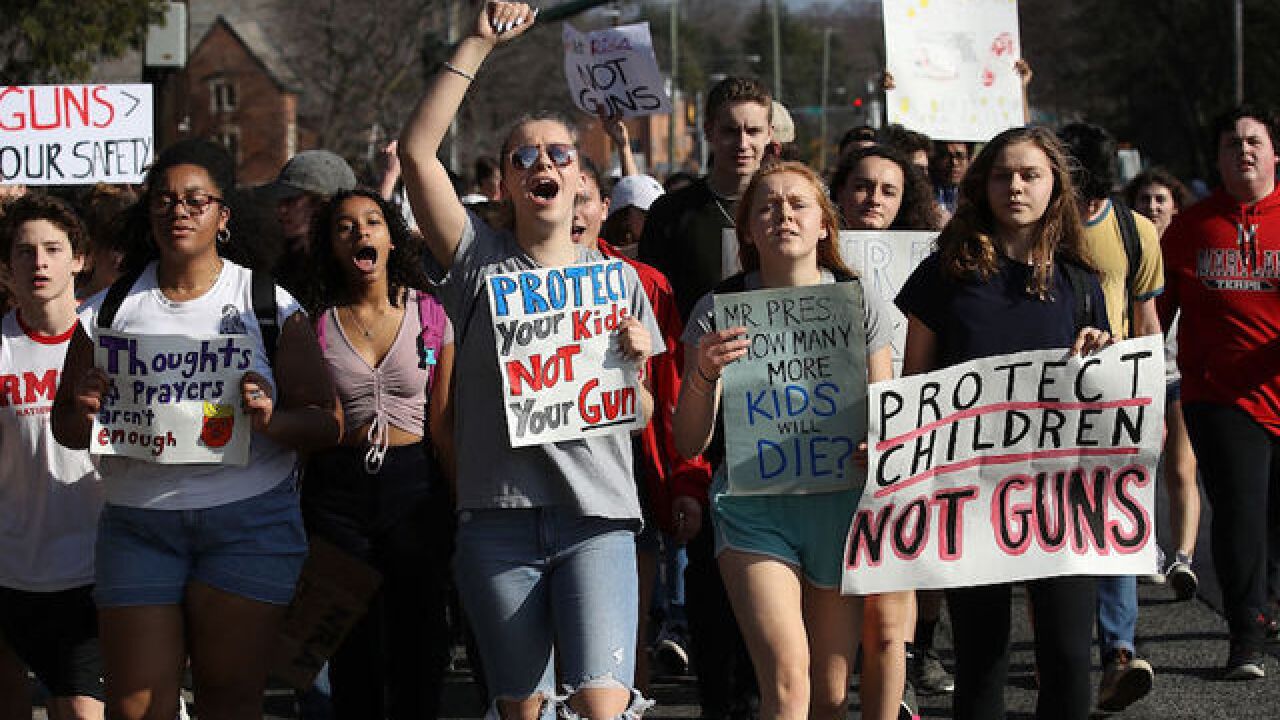 Image copyright 2018 Getty Images. All rights reserved. This material may not be published, broadcast, rewritten, or redistributed.
Win McNamee
<p>Students from Montgomery Blair High School march down Colesville Road in support of gun reform legislation February 21, 2018 in Silver Spring, Maryland. In the wake of a Feb. 14 shooting in Parkland, Florida, where 17 people were killed, the students planned to take public transportation to the U.S. Capitol to hold a rally demanding legislation to curb gun violence in schools. </p>

National walkout protests are planned at schools across the country on Wednesday in support of students affected by the Parkland, Florida school shooting.

Students, teachers, parents and others associated with schools are participating to push for legislation that aims to protect public places from gun violence.

The walkout is organized by Women's March Youth EMPOWER , and the group is calling for those who support the effort to walk out of schools for 17 minutes at 10 a.m. in each time zone. Seventeen is the number of people killed at Marjory Stoneman Douglas High School in Parkland on Feb. 14, 2018.

Nikolas Cruz, 19, confessed to the killings; he used an AR-15 assault rifle to shoot people in the school. Several others were wounded.

"We are not safe at school. We are not safe in our cities and towns. Congress must take meaningful action to keep us safe and pass federal gun reform legislation that address the public health crisis of gun violence," the Women's March Youth EMPOWER website reads. "We want Congress to pay attention and take note: many of us will vote this November and many others will join in 2020.

Discipline may not be more harsh just because the act is political in nature or because of the nature of the message, the ACLU says.