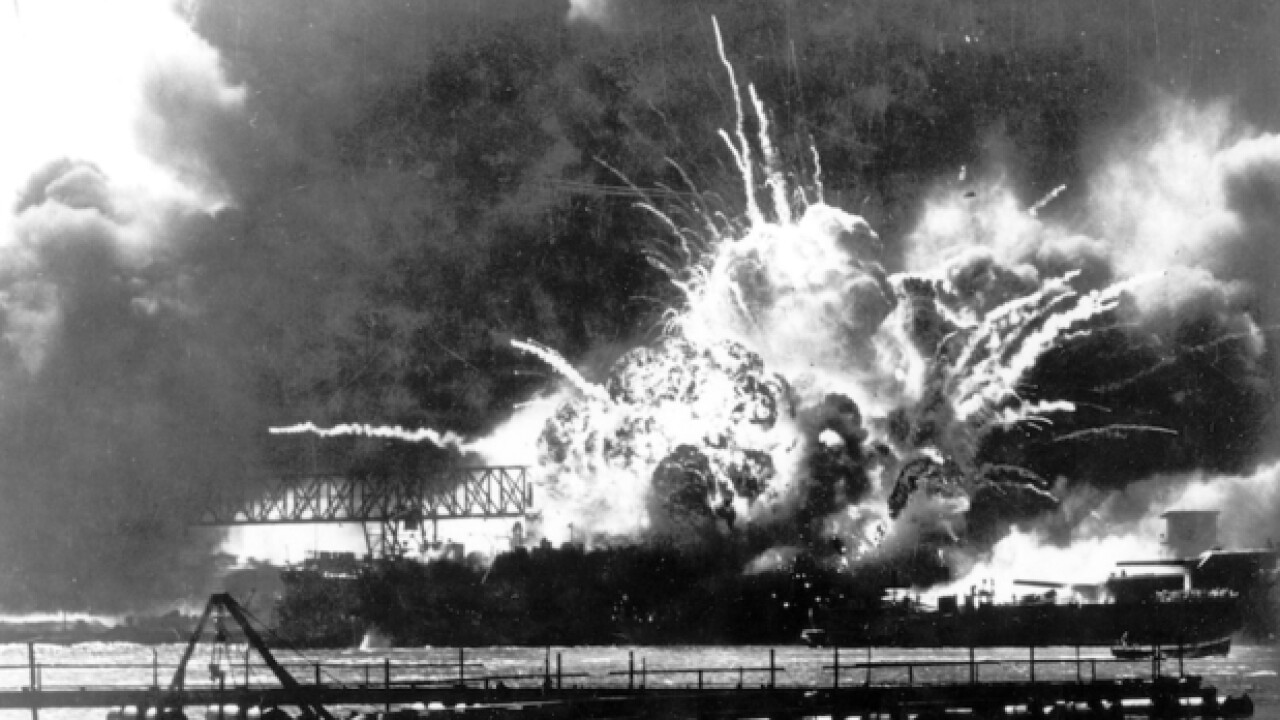 Copyright 2018 Scripps Media, Inc. All rights reserved. This material may not be published, broadcast, rewritten, or redistributed.
<p>In this Dec. 7, 1941 file photo provided by the U.S. Navy, the destroyer USS Shaw explodes after being hit by bombs during the Japanese attack on Pearl Harbor, Hawaii. About 20 survivors are gathering on Friday, Dec. 7, 2018, at Pearl Harbor to remember thousands of men lost in the Japanese attack 77 years ago. The youngest of the survivors is in his mid-90s. The Navy and National Park Service will jointly host the remembrance ceremony Friday at a grassy site overlooking the water and the USS Arizona Memorial. (U.S. Navy via AP, File)</p> 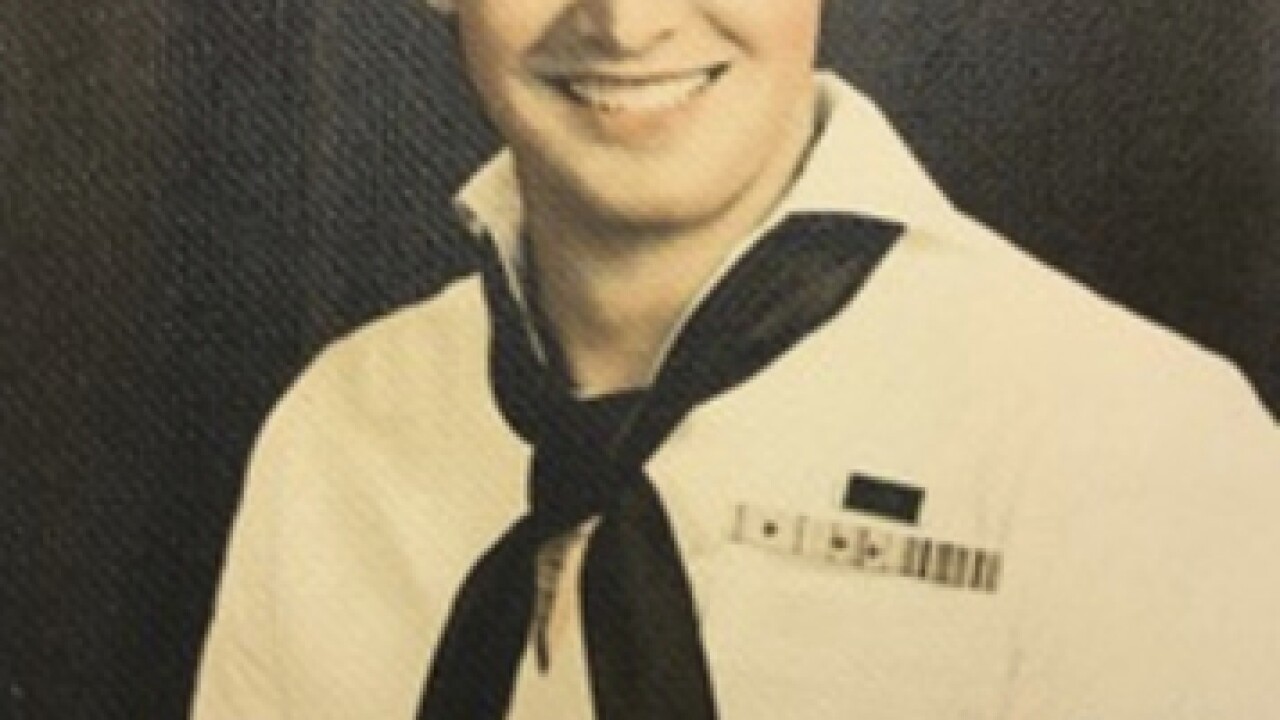 Retired U.S. Navy Cmdr. Don Long was alone on an anchored military seaplane in the middle of a bay across the island from Pearl Harbor when Japanese warplanes started striking Hawaii on Dec. 7, 1941, watching from afar as the bombs and bullets killed and wounded thousands.

The waves of attacking planes reached his military installation on Kaneohe Bay soon after Pearl Harbor was struck, and the young sailor saw buildings and planes start to explode all around him.

When the gunfire finally reached him, setting the aircraft ablaze, he jumped into the water and found himself swimming through fire to safety.

Now 97, Long will remember the 77th anniversary of the attack from his home in Napa, Calif.

He shared some of his memories this week with The Associated Press.

Long was fresh out of boot camp when he arrived in Hawaii in 1941.

"I got off that ship with my sea bag over my shoulder and we threw it on a truck and they carted me over to Kaneohe from Pearl Harbor where we had landed," Long recalled.

It was a different experience when he flew to Hawaii for the 75th anniversary in 2016, a trip that was paid for by a survivor's group.

"We came in on a first-class United chartered jet. All the girls with the leis were there with the Hawaiian music," he remembered. "We ended up not in a bunk in the barracks, but in a very nice ocean room at the Hawaiian Hilton."

He attended a dinner where survivors were seated at random with dignitaries. At his table were Japan's Honolulu-based consul general and his wife.

"He and his wife were there in full regalia," Long said. He asked if they might be able to help him identify the pilot who attacked his plane 77 years ago.

"They did some searching I guess, or told somebody to do it, but within a month or so I got a message from them and the proof is not positive but they sent the information on three Japanese pilots. It was probably one of those three," Long said. All three have died, but Long was impressed the consul general had taken the time to find out.

Long no longer harbors ill will against Japan or its people.

"I don't know when that feeling left me. But as you are probably well aware, we were taught to hate those people with all our hearts, and when you're looking at one down a gun sight, you can't really feel much love for anyone — that's for darn sure," he said.

"That has long since changed."

Long has not always marked the anniversary like he does now.

This year, Long plans to visit school children to talk about Pearl Harbor, then will light a beacon atop Mount Diablo in Concord, California. The beacon, known as the Eye of Diablo, was put out shortly after the attack in 1941. In 1964, Fleet Adm. Chester Nimitz, commander of U.S. Pacific forces during World War II, relit the beacon, beginning a yearly tradition.