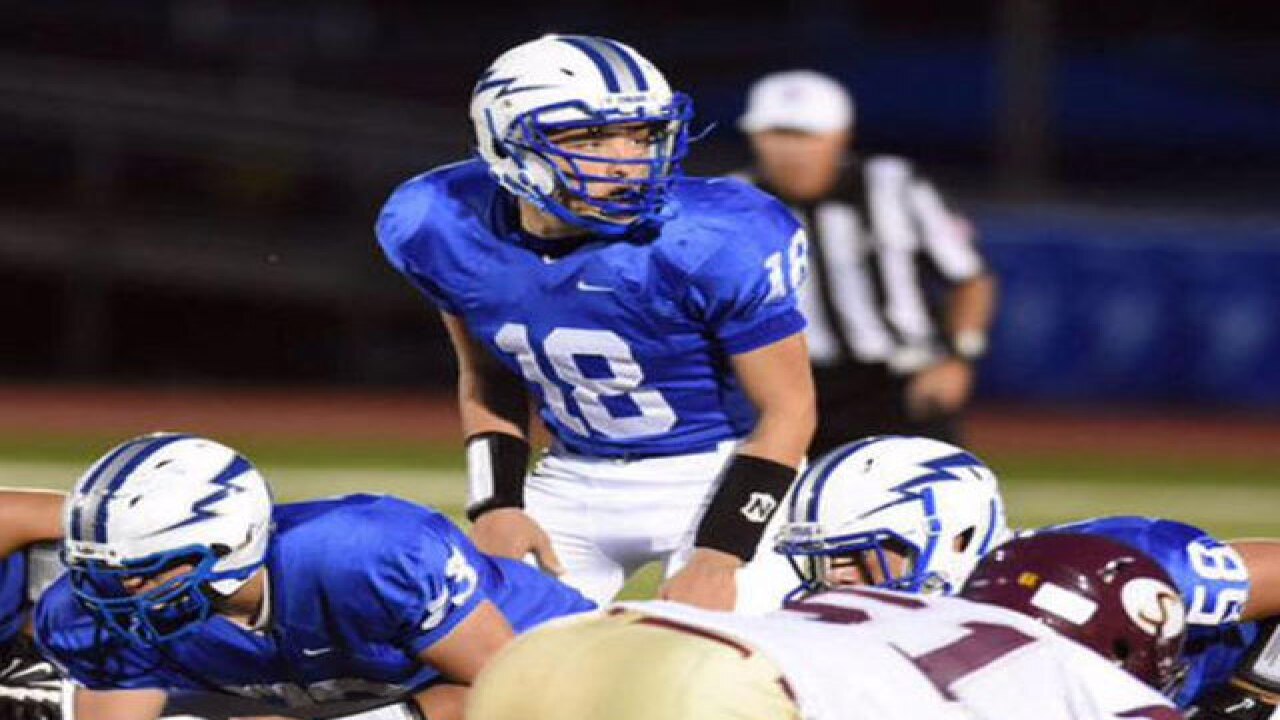 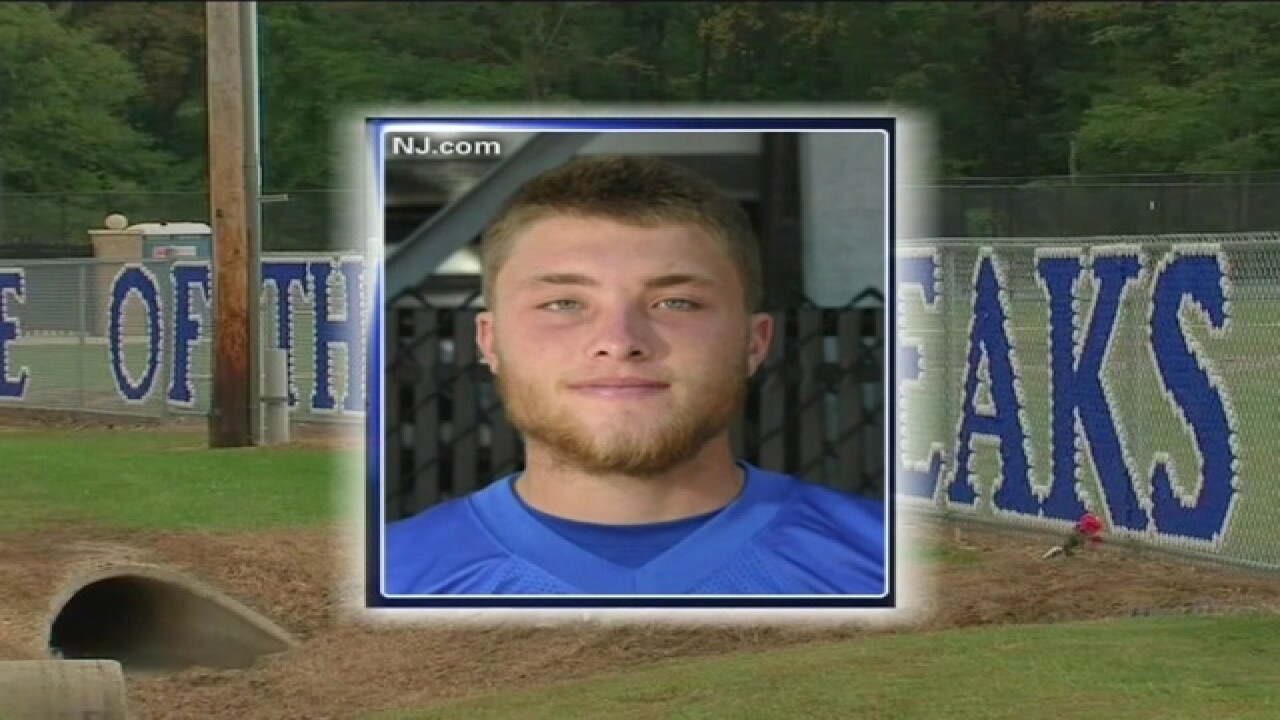 A high school star quarterback who collapsed after taking a hit on the playing field died from massive internal bleeding caused by a lacerated spleen, according to autopsy reports made public Monday.

The Morris County medical examiner's office found that the spleen of 17-year-old Evan Murray was "abnormally enlarged," making it more susceptible to injury.

There was no evidence of head trauma or heart disease, officials said, and the death has been ruled an accident.

The Warren Hills Regional High School player had walked off the field with the help of some teammates Friday night after taking a hit in the backfield. A short time later, the three-sport athlete collapsed on the sidelines and died at a hospital.

Witnesses said Murray felt "woozy" after the tackle but tried reassuring his teammates he would be fine as he was lifted onto a gurney.

Gary Bowen, the school district's interim superintendent, said he did not know if Murray complained of any pain or difficulty or what protective equipment he would have been wearing. He said the school has a team physician and a certified trainer at its games, and two emergency medical services crews are on call at the stadium.

The New Jersey State Interscholastic Athletic Association, which governs high school sports in the state, says 97 percent of New Jersey's high schools have trainers on their sidelines—the highest such coverage in the nation. The agency also highly recommends—but does not require—that schools have on-site trainers and physicians.

Coaches are mandated to take a series of health-related courses, including those focused on basic first-aid, CPR, concussions, and heat acclimation, the agency said.

In incidents where a "catastrophic injury" occurs, the NJSIAA requires its member schools to file a report which is submitted to its medical advisory board and to the National Federation of State High School Associations as part of its National Center for Catastrophic Sport Injury Research."

Murray's wake will be held Wednesday at the Safe Discovery Church in Washington Township. The funeral will be held there the next morning.

Hundreds of people, including Murray's teammates and coaches, gathered at the high school Saturday for a memorial gathering. Attendees left bouquets and handwritten cards, many expressing their grief and disbelief over what had happened.

On Monday, the parking space that Murray usually used was filled with balloons and flowers. His name and uniform number -- 18 -- were written in chalk on the space.

Grief counselors have been at the school since Saturday and will remain there as needed. The district canceled its junior varsity football game that was scheduled for Monday.

New Jersey Gov. Chris Christie and the New York Jets are among dozens of people and groups from around the country who have posted condolences on social media regarding Murray's death.

A GoFundMe account has been set up to help pay for Murray's funeral expenses.

Our deepest condolences go out to the family and friends of Evan Murray.

On behalf of all the people of New Jersey, Mary Pat and I send our heartfelt thoughts and prayers to the Murray family on the loss of Evan.