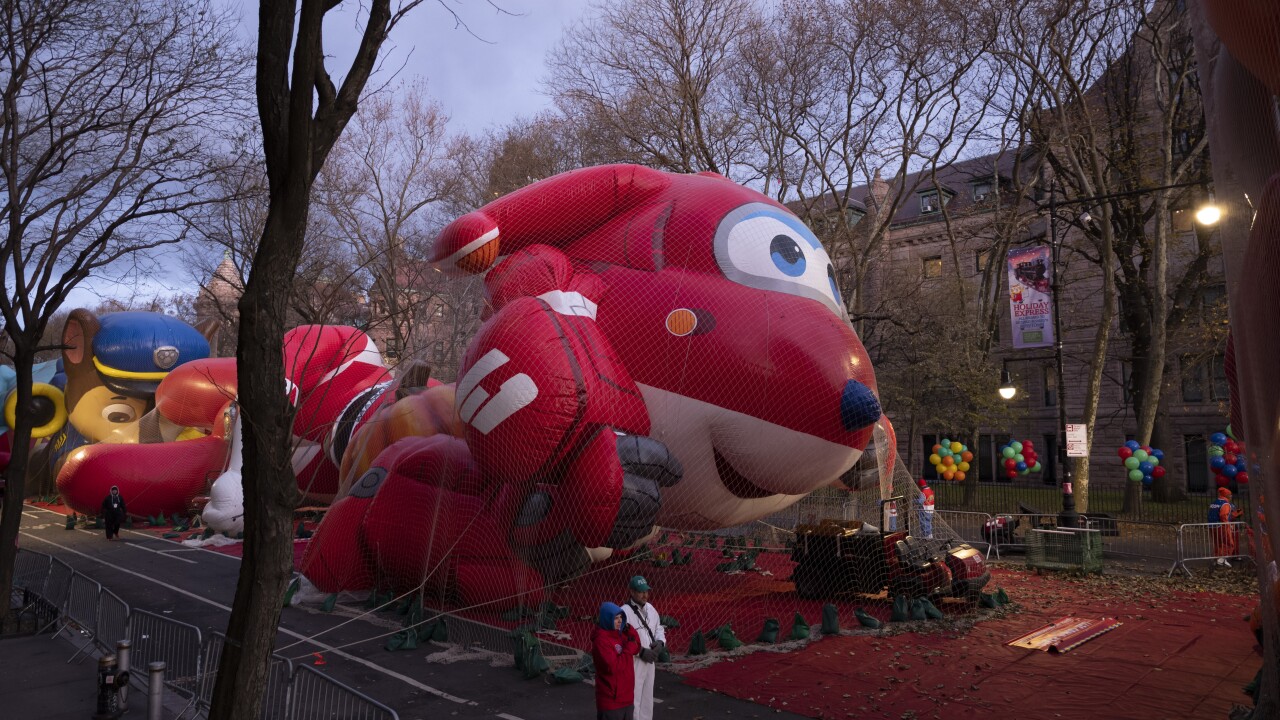 Mark Lennihan/AP
The Jett by Super Wings balloon is held down by protective netting before the start of the Macy's Thanksgiving Day Parade, Thursday, Nov. 28, 2019, in New York. (AP Photo/Mark Lennihan)

NEW YORK (AP) — New York City officials say a decision about the giant balloons at the annual Macy’s Thanksgiving Day Parade will be made right before the celebration starts.

You can watch the parade in the player below when it starts around 9 a.m.

Outgoing New York City Police Department Commissioner James O’Neill says he’s an “optimist” and is still hopeful the balloons will be featured in this year’s parade.

Parade officials and New York City police are keeping an eye on wind gauges along the 2.5-mile parade route that snakes through Manhattan.

If wind speeds reach dangerous levels, the 16 helium balloons including Smokey Bear and Snoopy could be brought down to float at a lower level or taken out of the parade.

The National Weather Service is projecting sustained winds of up to 24 mph with gusts to 40 mph during the parade.