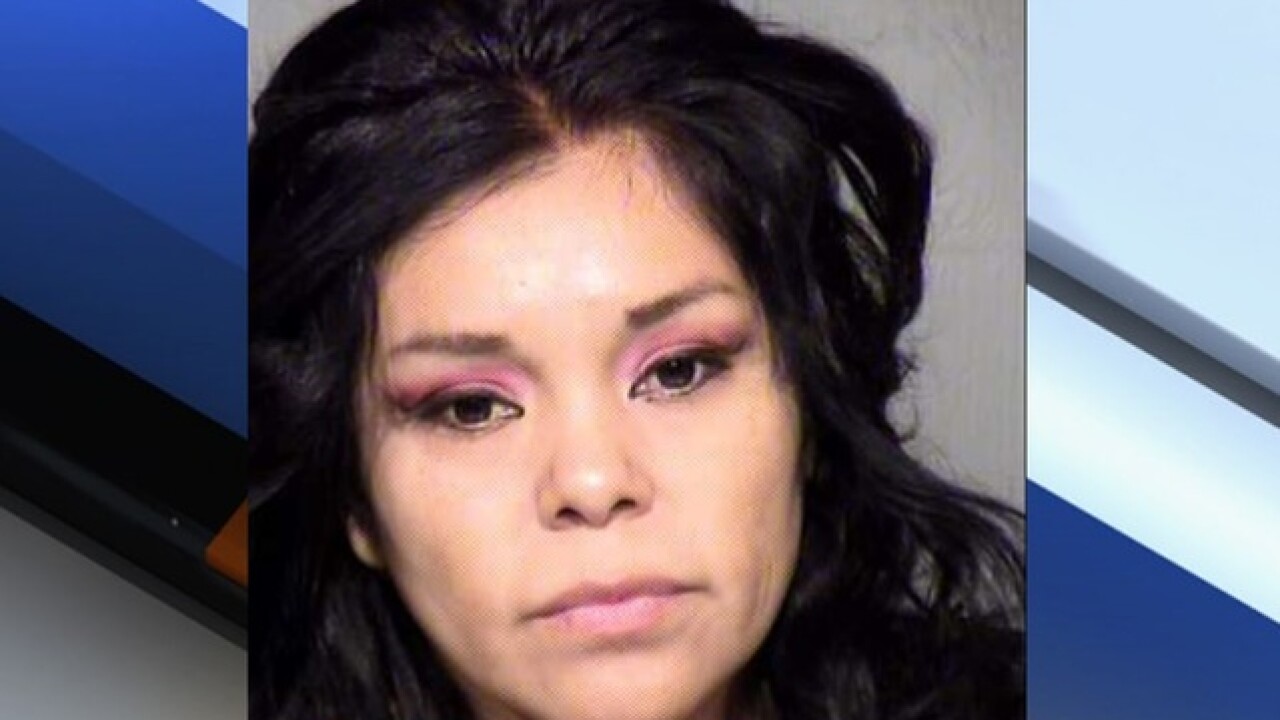 Copyright 2018 Scripps Media, Inc. All rights reserved. This material may not be published, broadcast, rewritten, or redistributed.
MCSO
<p>Kris May Loring</p>

An employee at an Arizona pizza restaurant may lose his eye after being attacked by a woman with a stiletto.

Scottsdale Police report that on Fbe. 19 they were called to Gus' Pizza.

Witnesses reportedly told police that 32-year-old Kris May Loring fell out of her chair and onto the floor. She left the restaurant thinking other customers were laughing at her.

Police say a few minutes later her boyfriend entered the business, yelled at the customers and allegedly threw pizza at them.

While Aaron Walter, a security guard for Gus' Pizza Lounge, attempted to detain the man, police say Loring, "took off her stilettos and charged at the victim." She delivered, "deliberate and violent blows towards the victim's head."

“I was kind of holding the back of her boyfriend’s neck, just kind of holding him down while he’s blowing off some steam, and next thing you know, I was hit in the eye,” said Walter.

Police say one of the stilettos struck Walter in the eye causing a severe laceration. Walter was hospitalized for several days, and his vision has returned since the attack.

Upon her arrest, Loring allegedly threatened to "bite the nose off the arresting officer."

She is facing multiple charges including aggravated assault.

Despite what happened, Walter says he holds no ill will towards Loring.