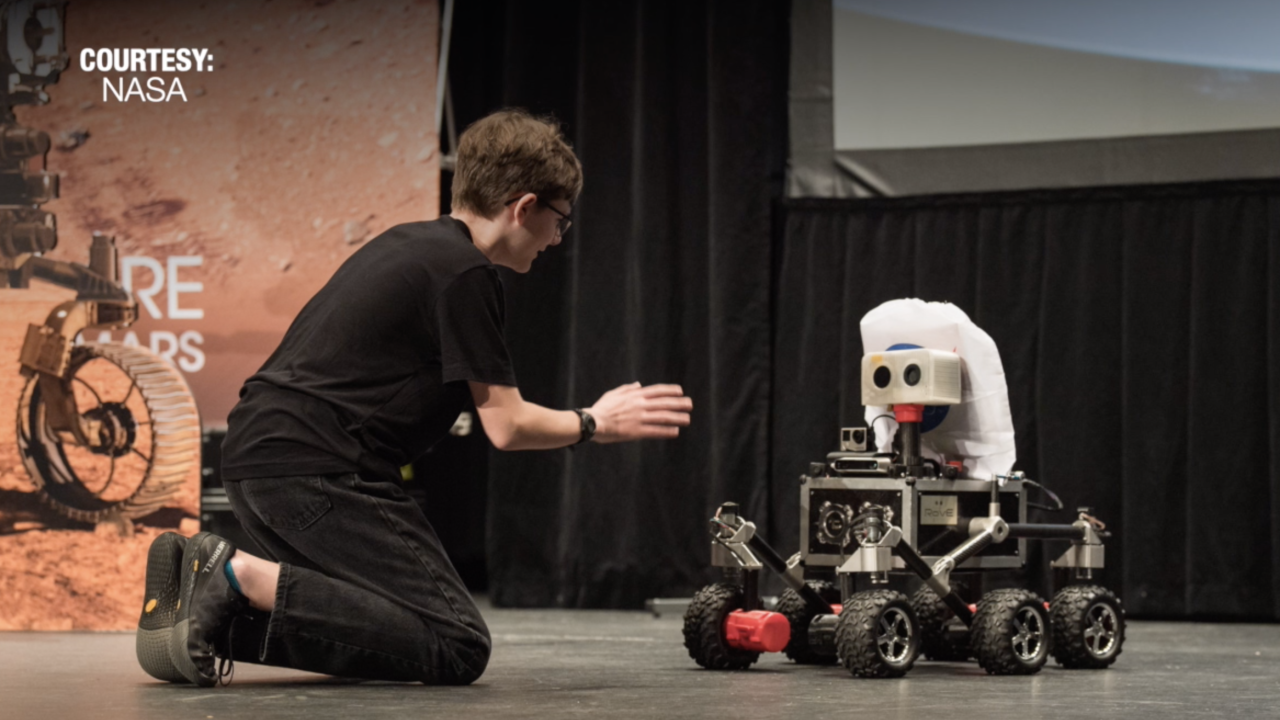 Out of 28,000 entrees from across the country, 13-year-old Alexander Mather is the winner of the Mars 2020 Name the Rover Essay Contest.

His love for space is evident in the objects in his room, but it’s his stellar writing that caught NASA’s attention.

“Perseverance” is now the name of the 2020 Mars rover which is scheduled to leave Earth in July.

“It felt like the obvious choice. In fact, when I first came up with Perseverance Space Mission, I felt sure that someone would have found that already,” Mather said.

NASA Program Scientist Becky McCauley Rench says judges were looking for an original name that conveyed a sense of purpose appropriate for this specific Mars rover of 2020.

“Going to Mars is hard and even though we can do that, in order to do that, we really have to overcome a lot of obstacles. And perseverance captures not only what this rover is going to do, but what the team that is putting it on mars has been able to achieve to get it there,” McCauley Rench said.

According to McCauley Rench, Perseverance will take climate measurements, collect samples of the surface, and search for signs of life on the red planet.

Mather says his dream is to work for NASA in the future in software or engineering.

“I recently discovered that NASA employees have an email that ends with @nasa.gov, so getting myself an @nasa.gov email is now my goal,” Mather said.

For now, he feels honored to have had the opportunity to assist in the exploration of our solar system.

“Space is the future. That much is true. If we’re going to expand as a species, then space is how we do that,” Mather said.

Read the essay written by Alexander Mather below:

"Curiosity. InSight. Spirit. Opportunity. If you think about it, all of these names of past Mars rovers are qualities we possess as humans. We are always curious, and seek opportunity. We have the spirit and insight to explore the Moon, Mars, and beyond. But, if rovers are to be the qualities of us as a race, we missed the most important thing. Perseverance. We as humans evolved as creatures who could learn to adapt to any situation, no matter how harsh. We are a species of explorers, and we will meet many setbacks on the way to Mars. However, we can persevere. We, not as a nation but as humans, will not give up. The human race will always persevere into the future."