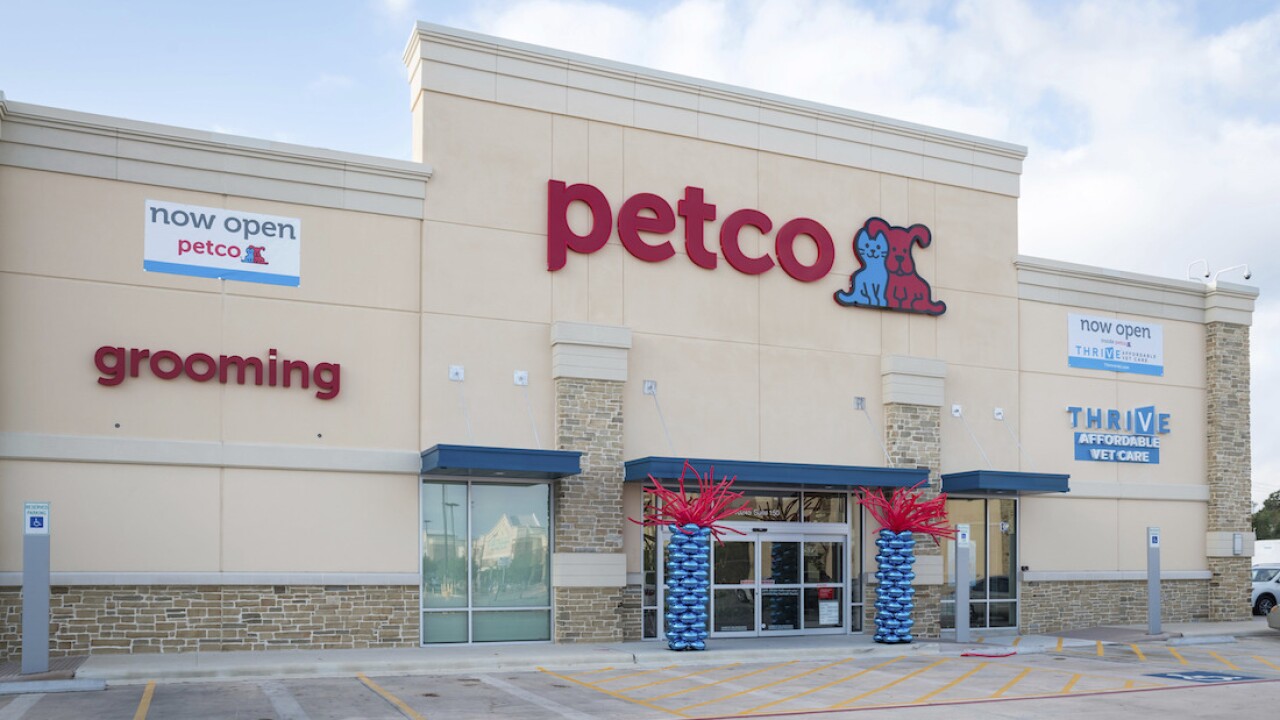 AP IMAGES
Paul Ladd/AP
On Tuesday, Petco announced they no longer sell electronic "shock" collars and have removed them from its shelves and website. (Paul Ladd/AP Images for PetCo)

As of Tuesday, Petco says they no longer sell electronic "shock" collars and have removed them from its shelves and website.

The company said they stopped selling the human- and bark-activated electronic pet collars in a press release on Tuesday because they wanted to strengthen their commitment to positive reinforcement training methods. They also wanted to solidify their evolution from "a leading pet specialty retailer to a category-defining health and wellness partner" for animals and their owners.

"Electricity may be critical to powering your microwave, but it has no role for the average pet parent training their dog," said Petco CEO Ron Coughlin in the press release. "Shock collars have been shown to increase fear, anxiety, and stress in dogs, and we believe there's a better way – Positive Reinforcement Training."

The San Diego-based company is also calling on the pet industry and consumers to join in its newly launched "Stop the Shock" online campaign that will create "responsible regulation for the retail sale of shock collars to general consumers."

Along with today's announcement, Petco also launched a new look declaring itself "Petco, The Health + Wellness Co." to reflect how they've evolved into a health and wellness company.

"As a health and wellness company, our mission is focused on improving pet lives, and we think selling shock collars does the opposite," Coughlin said in the news release. "It's our responsibility to ensure that we, and others, aren't putting potentially harmful products in the wrong hands."