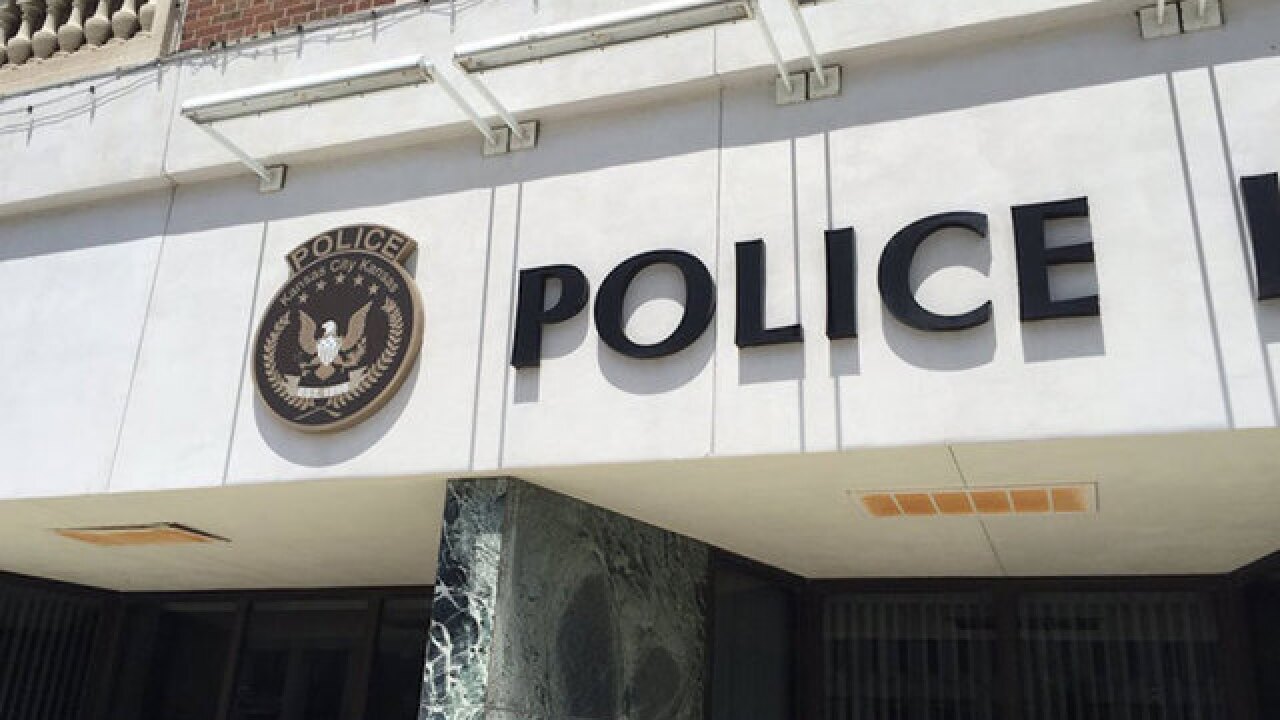 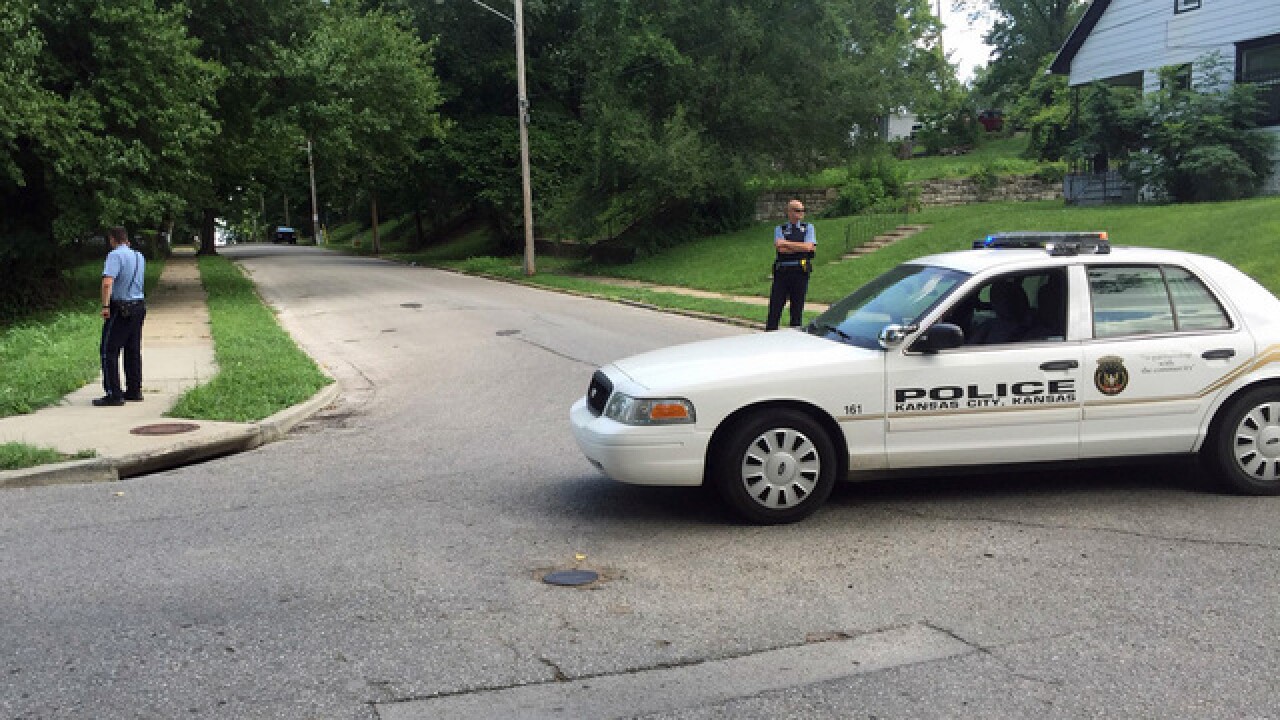 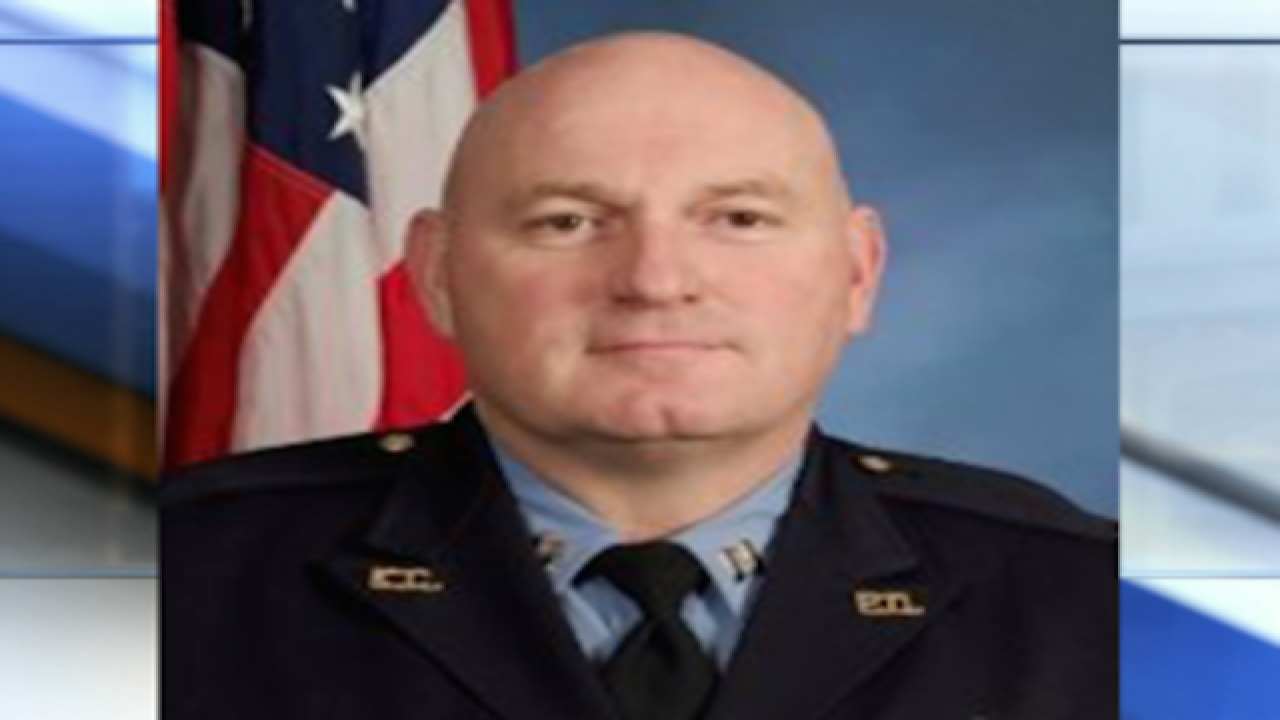 KANSAS CITY, Kan. (AP) — A Kansas City, Kansas, police officer was shot and killed on Tuesday while searching for a suspect in a drive-by shooting, police said.

Capt. Robert Melton was searching for the suspect when he drove up to someone who matched that person's description just before 2 p.m., police spokesman Tom Tomasic said. Before Melton could get out of his vehicle, the person opened fire, hitting the officer multiple times, Tomasic said. The alleged shooter was caught five minutes later about a block away, he said.

We have an officer shot at 22nd & Haskell. Start prayers, unknown condition.

A police spokeswoman said the suspect was being questioned Tuesday evening along with another person suspected in the initial drive-by shooting. Police weren't releasing the suspects' names because charges hadn't been filed. A third person who had been taken into custody was determined not to have been involved and was released, police said.

It's the second time a Kansas City, Kansas, police officer has been shot and killed this year. In early May, detective Brad Lancaster was fatally shot near the Kansas Speedway, and Melton had served in the police honor guard at Lancaster's funeral. The shooting also comes as police departments across the country are on edge after ambush attacks left eight officers dead in Texas and Louisiana.

"There's a lot of pain and brokenness in our community and our nation right now, and we just want to ask everyone to be prayerful and thoughtful right now," Mayor Mark Holland of the Unified Government of Wyandotte County said.

Ida Ford, 87, was watching television in her two-story brick home when gunfire erupted just outside. Ford said she thought someone was knocking on her air conditioner until her son rushed downstairs and told her the three loud noises she had heard were gunshots. Ford said she looked through her window and saw the officer sprawled and unresponsive on the asphalt road in front of her home. She watched for a few minutes as paramedics worked on the officer.

"I'm just so sorry for his family," she said.

Melton was brought to the University of Kansas Hospital just before 2:30 p.m., but resuscitation efforts did not work, trauma surgeon James Howard said at a news conference.

The shooting happened after police responded to a report around 1:30 p.m. from a person who said several people in a car were firing shots. The suspect vehicle took off as police arrived, but it crashed into a fence and the occupants bailed out at 1:36 p.m., Tomasic, the police spokesman, said. Two people were taken into custody within three minutes of the wreck, he said.

Melton, 46, was driving around looking for a third person when he came upon someone who matched the suspect's description, Tomasic said.

Melton was a 17-year veteran of the Kansas City, Kansas, Police Department. According to his LinkedIn profile, he had also served in the Kansas Army National Guard and was deployed to Afghanistan from September 2010 to March 2012.

Outside the hospital where Melton died, local Baptist preacher Jimmie Banks — a friend of the city's mayor — sat dejected on a bench, head lowered, after attending the news conference announcing the officer's passing. He said it was painful to sit in that room and see the grief-stricken faces.

"The contributions that peace officers make to protect and serve — they deserve better," said Banks. "When they leave home, the family expects them to return. It's shameful this has happened."