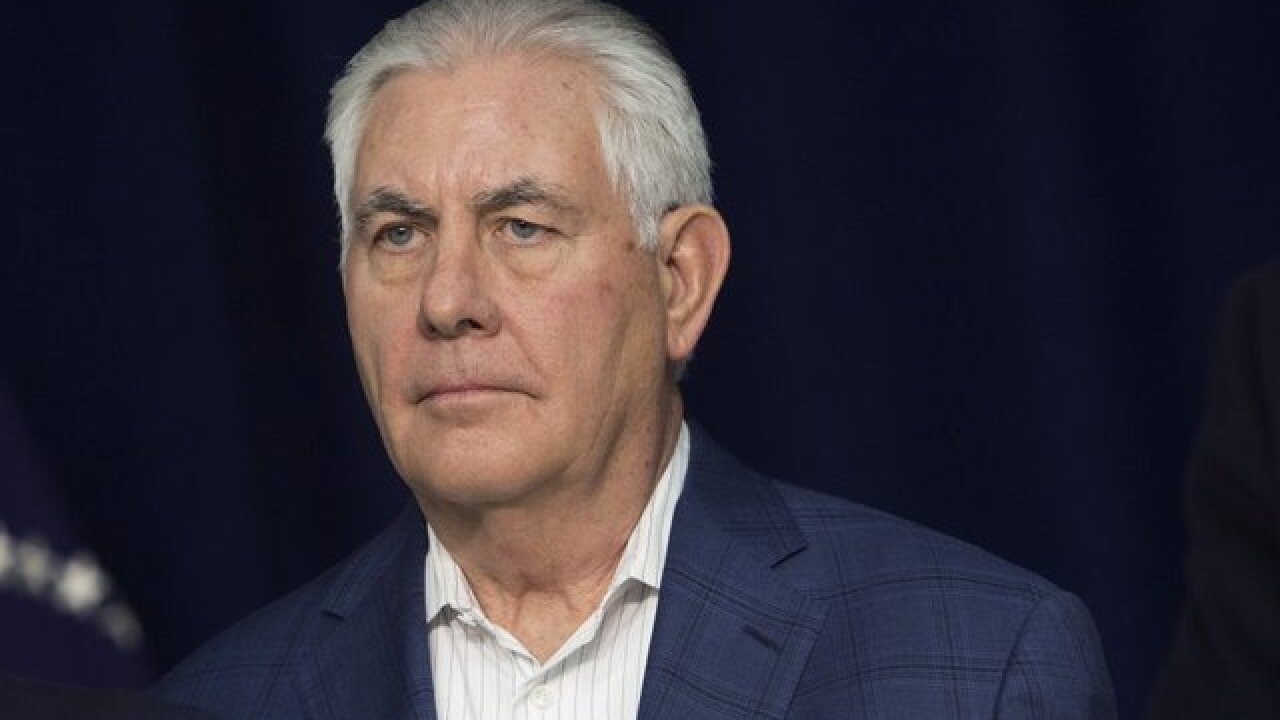 President Trump has removed Rex Tillerson as his Secretary of State, replacing him with CIA head Mike Pompeo.

CIA Deputy Director Gina Haspel will replace Pompeo as the head of the CIA.

According to State Department undersecretary for public diplomacy Steve Goldstein, Tillerson had every intention of remaining with the administration and was not told why he was fired.

"The Secretary had every intention of staying, because of critical progress made in national security. He will miss his colleagues at the Department of State and the foreign ministers he's worked with throughout the world. The Secretary did not speak to the president and is unaware of the reason. "

Trump told reporters said he did not speak with Tillerson "much" before making the decision. He said he made the decision on his own beforing boarding Marine One.

The move comes less than a week after the Trump administration agreed to a historic meeting with North Korean leader Kim Jong Un.

Trump and Tillerson, the former CEO of Exxon Mobile, have reportedly been at odds for months. In October, NBC reported that Tillerson called the president a "moron" following a meeting in July. Tillerson was also often out of step with Trump on foreign policy, most notably with issues involving North Korea.

Tillerson is the latest high-ranking official in the Trump administration to resign. Last week, Trump's chief economic advisor Gary Cohn resigned after the president announced he would impose tariffs on steel and aluminum imports.

More on this as it develops.