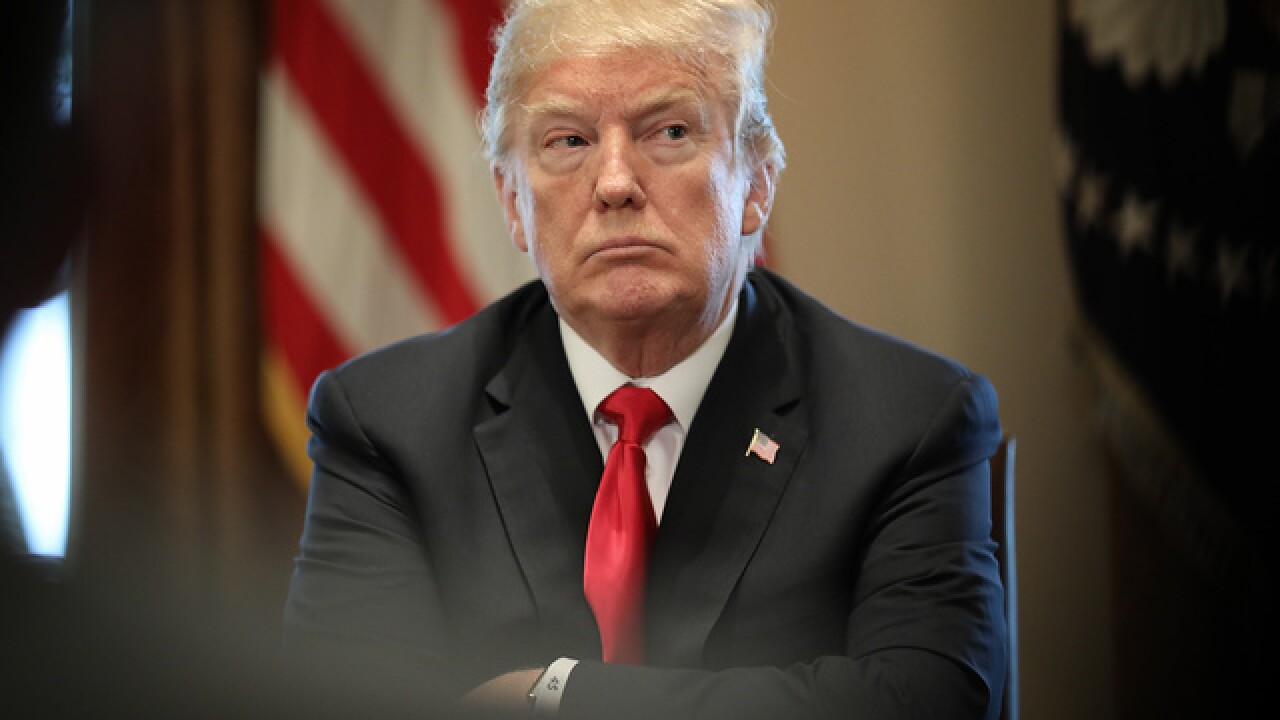 Copyright Getty Images
Win McNamee
<p>WASHINGTON, DC - MARCH 01: U.S. President Donald Trump participates in a meeting with leaders of the steel industry at the White House March 1, 2018 in Washington, DC. Trump announced planned tariffs on imported steel and aluminum during the meeting, with details to be released at a later date. (Photo by Win McNamee/Getty Images)</p>

SAN DIEGO — President Donald Trump is scheduled to visit San Diego on Tuesday to speak with military officials — and likely catch a glimpse at samples for his long-promised border wall.

Trump has not visited California since he was sworn into office. Since then, he has criticized the state's enforcement of federal immigration laws and "sanctuary state" policies.

The visit has been rumored for some time now and occurs a week after Attorney General Jeff Sessions visited Sacramento to announce a lawsuit against the state over immigration policies.

Governor Jerry Brown said the lawsuit was the Trump administration's way of "going to war against the state of California."

Here's what to expect:

President Trump is expected to fly to MCAS Miramar before heading to Otay Mesa on Tuesday, March 13.

While at MCAS Miramar, President Trump is set to speak with Marines. In Otay Mesa, Trump will likely tour the eight constructed border wall prototypes for his long-promised border wall.

It's not clear whether the president will meet with Governor Jerry Brown, who sent a letter inviting Trump to the Central Valley to tour California's High-Speed Rail line under construction.

Demonstrators in support of and against the border wall are expected to gather in the allowed zones around the Otay Mesa prototype zone.

A list of items will be prohibited by likely demonstrators during the presidential visit in Otay Mesa, including any object that could be used as a weapon. Sheriff's deputies will make anyone in possession of those items return them to their vehicles or dispose of them prior to entering the restricted area.

An anti-wall rally is also scheduled to be held near the IRS federal building in downtown San Diego Tuesday.