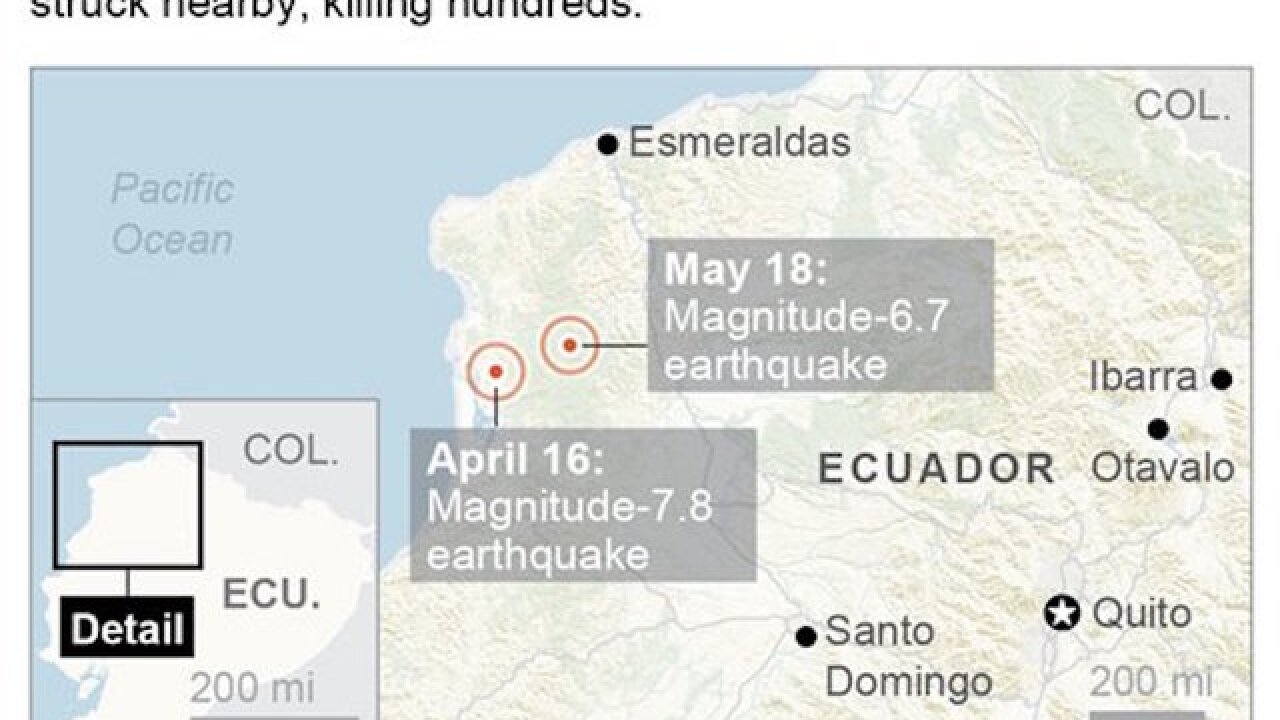 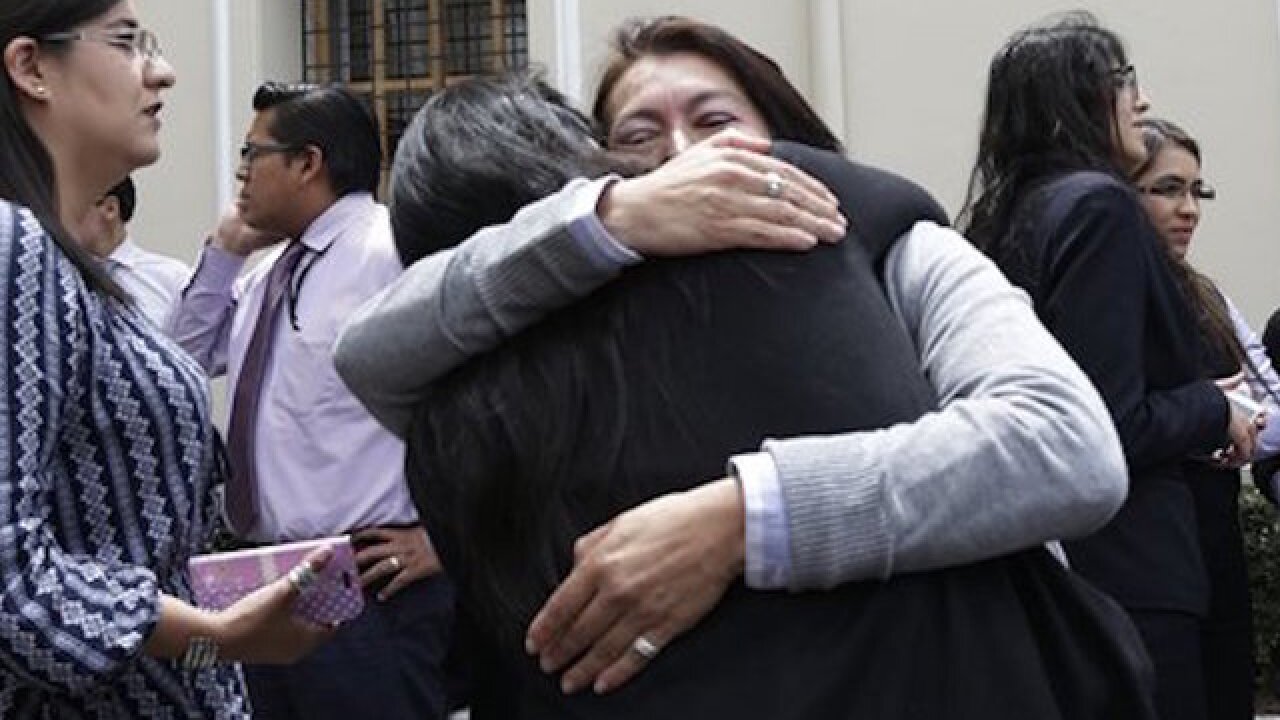 By: Associated Press
Posted at 5:11 AM, May 18, 2016
QUITO, Ecuador (AP) — Two powerful earthquakes jolted Ecuador on Wednesday, causing one death and injuring dozens.

Neither appeared to have caused serious damage but the government decided to cancel school nationwide as a precaution. In Guayaquil, office workers fled into the streets after the second quake.

Both tremors were centered along the Pacific coast near the epicenter of last month's magnitude-7.8 quake and rattled homes as far away as the capital, Quito.

Wednesday's initial shake was a magnitude-6.7 quake that struck before 3 a.m., and that was followed by a 6.8 tremor around midday.

President Rafael Correa said one person died in Manabi province in confusing circumstances that were still being investigated. At least 85 people were injured, two of them seriously.

"These sorts of aftershocks are normal but that doesn't mean they're not scary and can cause damage," Correa said in a televised address after the first quake. He added that aftershocks of this magnitude were normal for up to two months after a major quake like the one Ecuador experienced in April.

The president said that while some previously ravaged homes suffered more damage, most of those structures had already been evacuated and no buildings collapsed.

Security coordination minister Cesar Navas said one person was injured when a wall fell and five others were hurt in panicky efforts to flee buildings.

The magnitude-7.8 earthquake on April 16 was Ecuador's worst natural disaster in decades, killing 661 people and leaving more than 28,000 homeless. It has been followed by hundreds of aftershocks, at least five of them of magnitude 6.0 or higher.

Ecuador was already struggling economically before the April disaster. Correa has raised taxes to fund the recovery but says it will take years to rebuild the beach towns and tourist hubs leveled by the quake.

Jorge Zambrano, mayor of Manta, one of the areas hit hardest by last month's earthquake, said the streets were calm after Wednesday's tremors.

"It was a big shake and all of us were scared but there are no major problems at the moment," said Zambrano.