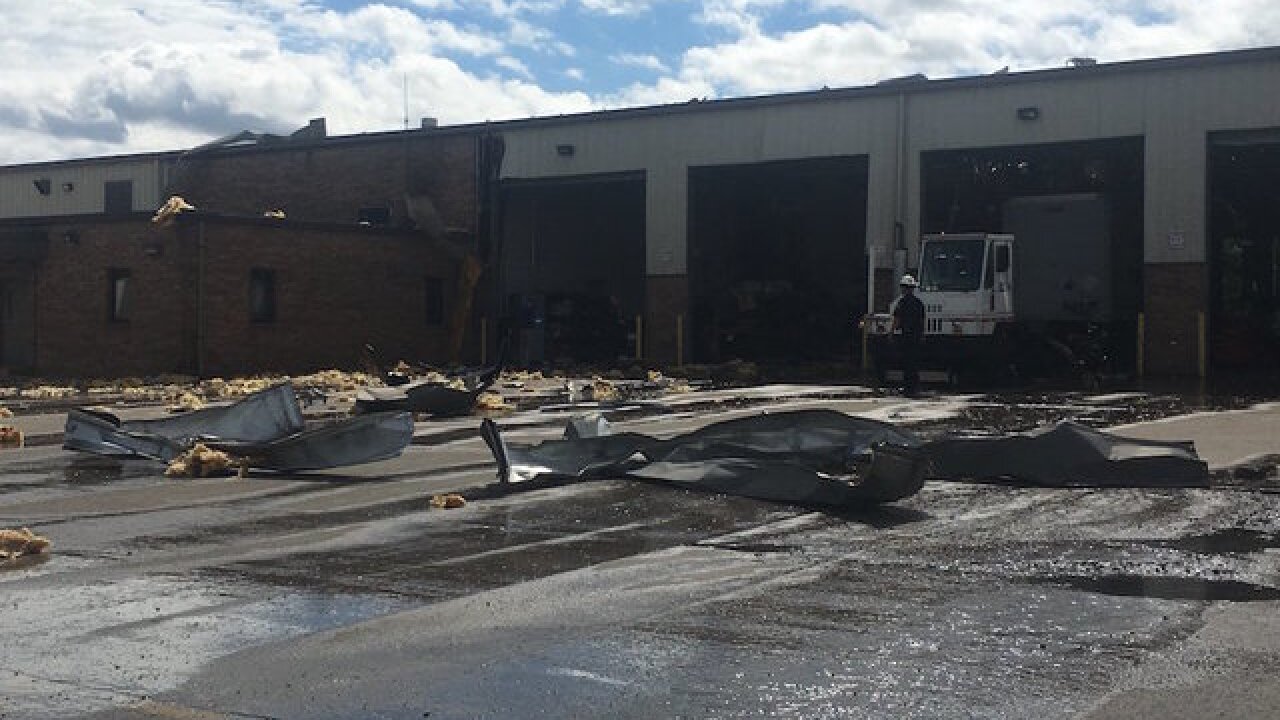 An explosion rocked a United Parcel Service freight facility in Kentucky on Wednesday morning, injuring at least two people, but authorities say they doubt that the blast stemmed from a terror attack. Instead, it appears to be accidental, they said.

The incident took place in Lexington. UPS spokesman Glenn Zaccara told CNN that 12 employees were at the site. Two people were taken to the hospital with minor injuries.

In a message on Twitter, the Lexington Fire Department said, "Nothing leads us to believe this is anything other than an accidental explosion."

Fire officials also tweeted that six people were taken to the hospital for observation.

Initial reports indicate the cause may have been a leak from materials contained in a trailer, Zaccara said.

Lt. Jessica Bowman, the fire department's public information officer, said the building is used for truck and trailer maintenance and that there are other UPS buildings in the area that are still in use.

"There was significant damage to the building. A large area of the roof was blown out and interior walls were knocked down, as well as exterior damage. There's pieces of the roof and insulation on the ground," Bowman said. "There is no life hazard. Crews are on the scene stabilizing the building."

UPS is working with local authorities and won't provide additional details while there is an ongoing investigation, officials said.

An FBI statement obtained by CNN Law Enforcement Analyst Josh Campbell said the agency "is aware of the incident and is working with our local and state partners to assist as needed. At this time, it does not appear to be a criminal or terrorist act. It appears accidental."

CORRECTION: An earlier version of this story incorrectly identified the facility where the explosion happened. It occurred at a United Parcel Service freight facility.