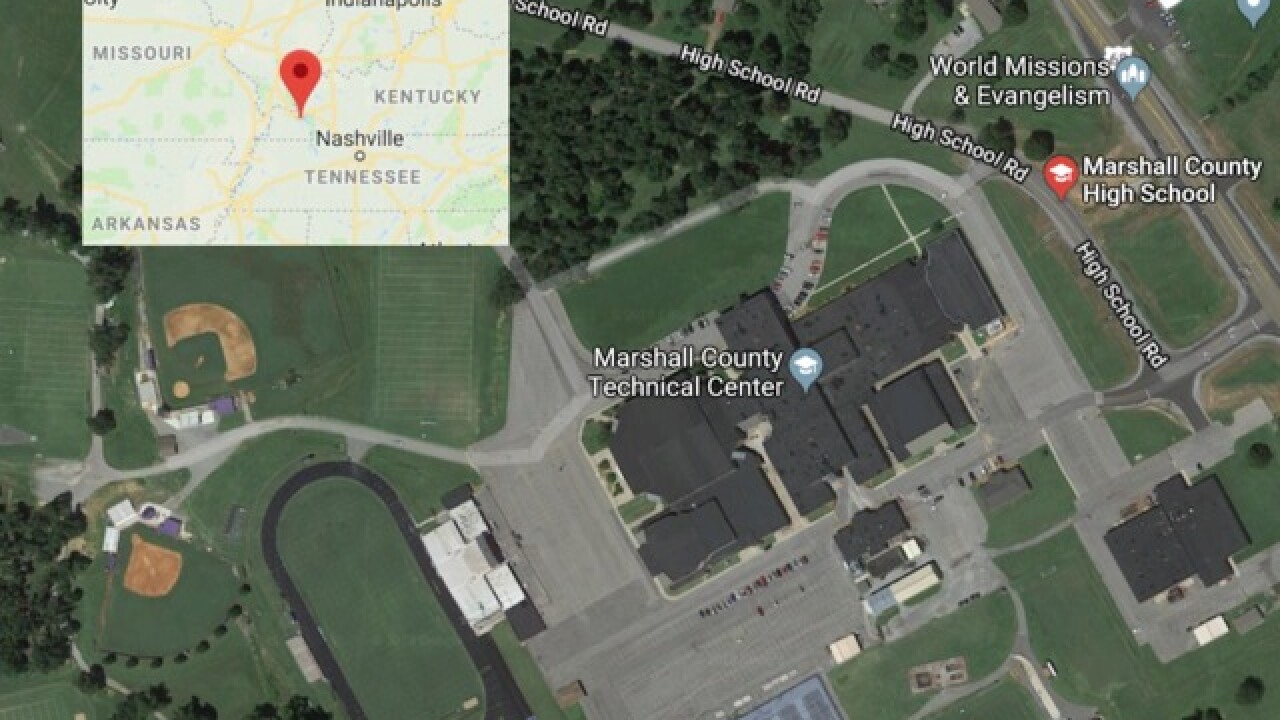 The suspect, a 15-year-old male student, was apprehended at the scene. He will be charged with murder and attempted murder.

Of the 19 people who were injured, 14 were treated with gunshot wounds. Five additional people were treated for other injuries. Six of the injured were life-flighted to nearby local and regional hospitals.

UPDATE: KSP confirms a Marshall Co Deputy apprehended the shooter.
Please be patient as we work to confirm details.

UPDATE: some of the Marshall Co #schoolshooting victims are headed to Vanderbilt https://t.co/NC2eAs5Im7

Agents from the Bureau of Alcohol, Tobacco, Firearms and Explosives (ATF) are at the scene to assist, the agency tweeted. So far, the motive for the shooting isn't known.

About 30,000 people live in Marshall County, about 115 miles northwest of Nashville. Benton is the county seat.

The violence came a day after a shooting at a high school in Texas.

A 15-year-old female student was shot Monday, Italy city officials said in a statement. She was taken by helicopter to a hospital in Dallas.

The suspect, a 16-year-old male, was "apprehended within minutes," the statement said.