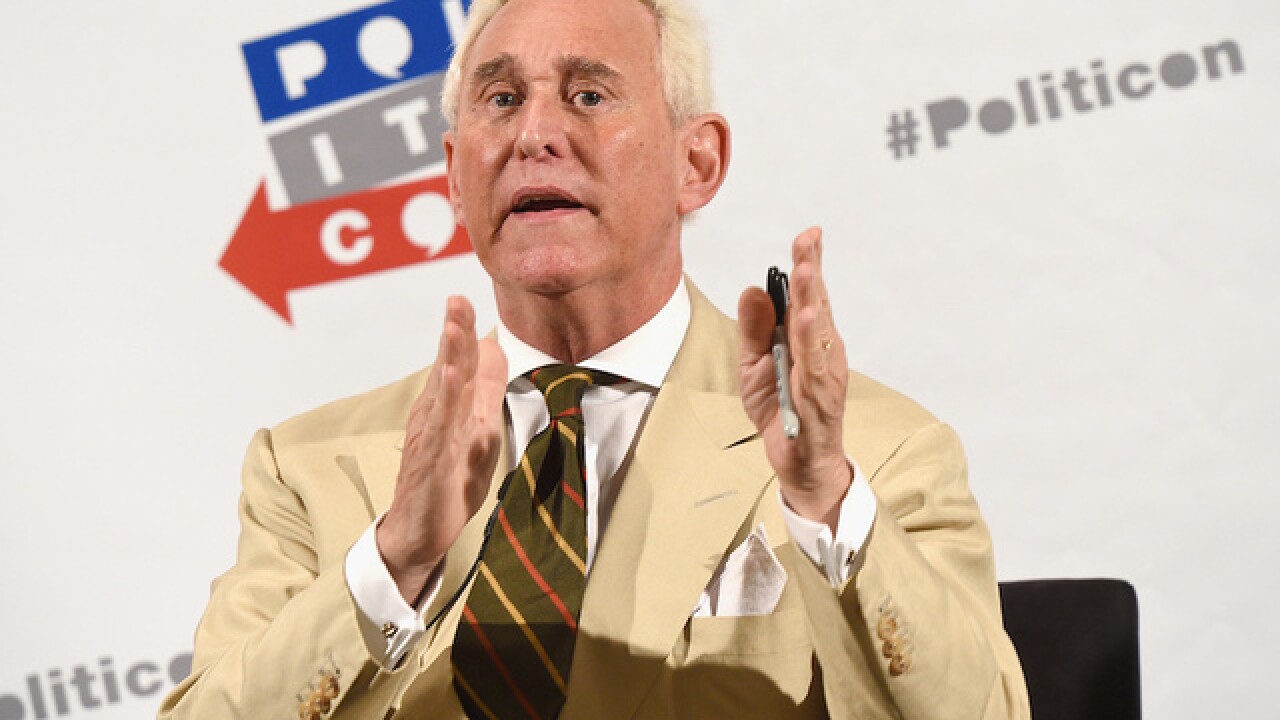 Former Trump campaign adviser Roger Stone told associates he was in contact with WikiLeaks founder Julian Assange in 2016, according to a new report by The Washington Post, which cites two sources.

An unnamed source told the Post that Stone had a phone conversation with Assange in the spring of 2016. Ahead of any public knowledge about Democratic email leaks, Stone told the source he had learned WikiLeaks had obtained emails from the Democratic National Committee and Democratic presidential nominee Hillary Clinton's campaign chairman, John Podesta.

During the campaign, Stone said in interviews and speeches that he was in touch with WikiLeaks, and he posted tweets in October 2016 that seemingly predicted the Podesta leaks. The Washington Post report suggests that in addition to these public statements, Stone was even more candid in private conversations about ties to WikiLeaks.

Sam Nunberg, the Trump associate who went on a national media spree last week saying he would not comply with special counsel Robert Mueller's demand to hand over his emails pertaining to the campaign (he later backed down), also told the Post that Stone had contact with Assange in 2016.

On CNN's "Anderson Cooper 360" Monday night, Nunberg said that Stone -- who he has called a mentor -- was "a subject" in the special counsel's investigation.

"I think it's pretty obvious that they're asking me about Roger Stone and Julian Assange," Nunberg said, later adding, "At the very least, he is a subject."

Stone, who briefly served as a Trump campaign adviser early in the race, has denied contact with Assange despite earlier public claims that he's spoken with him, and WikiLeaks has said it has never been in contact with Stone. The Atlantic reported in February, however, that Stone and WikiLeaks did exchange private, direct messages on Twitter, according to the Atlantic.

In November, CNN reported that Stone was in contact with New York radio personality Randy Credico, who Stone referred to as the intermediary between him and Assange, according to sources familiar with the situation. Stone insisted there was nothing untoward about their conversation. Credico has interviewed Assange and visited him in person.

Stone told the Post on Monday that he only recalled one conversation alluding to meeting with Assange, which he said he told Nunberg as a passing joke.

"I said, 'I think I will go to London for the weekend and meet with Julian Assange.' It was a joke, a throwaway line to get him off the phone. The idea that I would meet with Assange undetected is ridiculous on its face," Stone told the Post.

Stone also tweeted ominous messages ahead of leaks, including one that said "Payload coming. #Lockthemup" two days before WikiLeaks published a trove of Podesta's emails.