Rough ride theory is a twist in Freddie Gray case 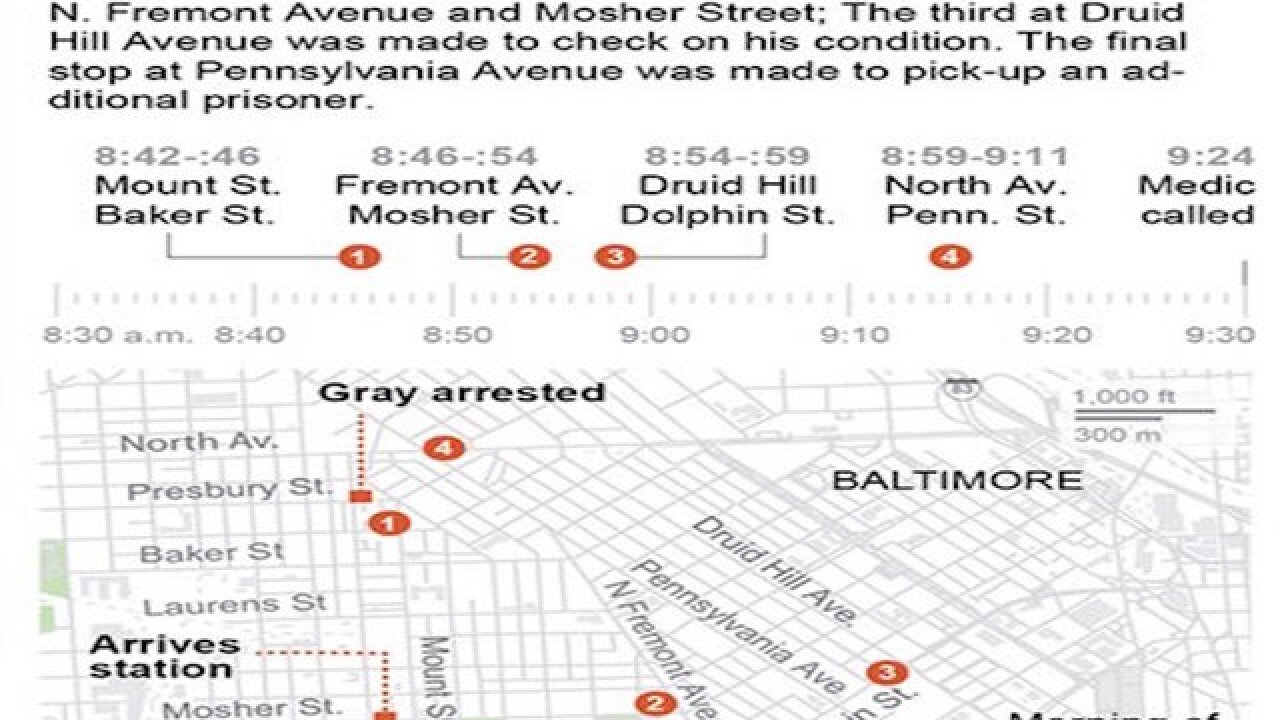 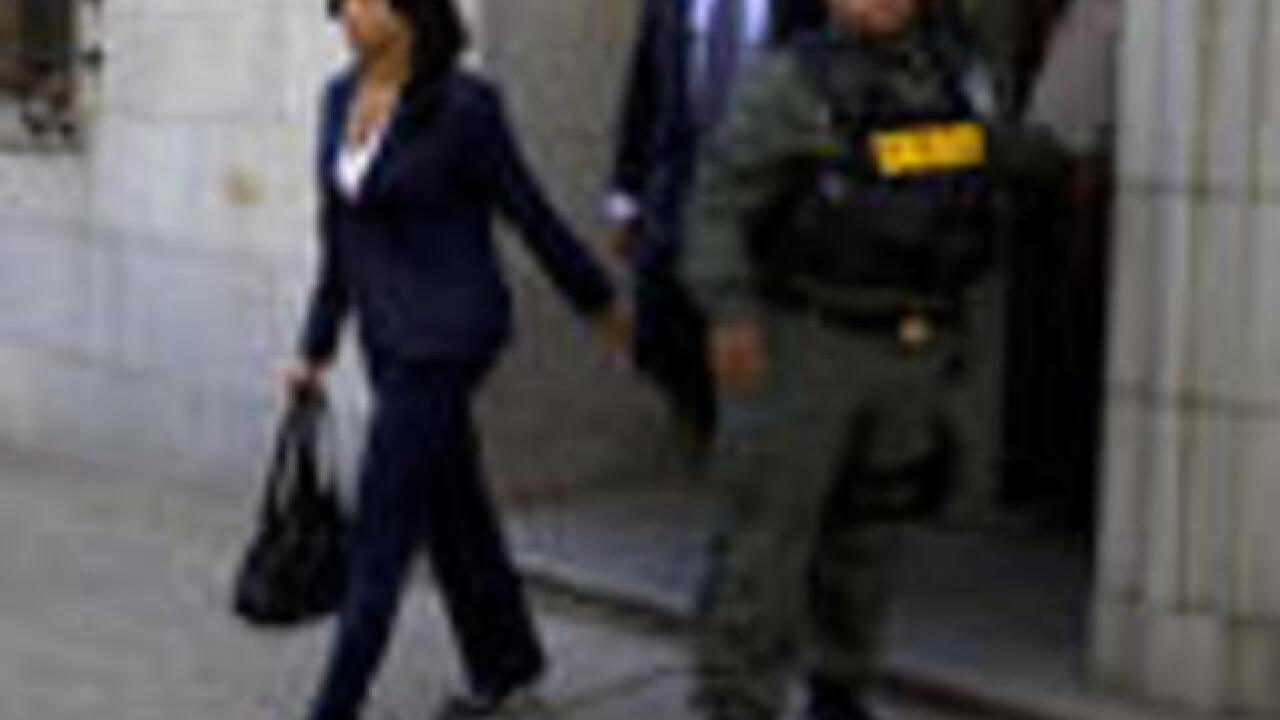 BALTIMORE (AP) — Prosecutors introduced a new theory as a murder trial started for a Baltimore police van driver charged in the death of Freddie Gray, a 25-year-old black man whose neck was broken in the back of the wagon.

Not only was Officer Caesar Goodson negligent when he didn't buckle Gray into a seat belt, prosecutors said, he intentionally wanted to injure Gray by giving him a "rough ride" — blowing through a stop sign and making a sharp turn at such a high speed that he crossed a double yellow line. With his hands cuffed and his legs shackled, Gray was thrown helplessly against the rear compartment, the prosecutor said.

Goodson, 46, who is black, faces second-degree murder, manslaughter, assault and other charges. Prosecutors had hinted earlier that Gray was subjected to a "rough ride." But opening statements Thursday marked the first time they accused the driver of intending to hurt Gray, whose death in April 2015 touched off the worst riots in Baltimore in decades.

A "rough ride" is police lingo for putting a prisoner in a police wagon without a seat belt and driving so erratically that he or she is thrown around.

Goodson is the third officer to stand trial. So far the state has not won a conviction. Officer William Porter's trial ended in a mistrial in December. The judge acquitted the second officer last month.

Schatzow was unequivocal about the state's position during opening statements.

"There was no good reason for the defendant not to belt him in, except to bounce him around," he said.

Goodson attorney Andrew Graham flatly disputed the notion that Gray was deliberately bounced around, saying: "There was no rough ride. It simply didn't happen."

He said Gray's injuries were self-inflicted when he stood up inside a moving vehicle and that officers "virtually never" belt prisoners in. Goodson is such a "slow and cautious" driver that he sometimes lulls his prisoners to sleep, he said.

Graham said Goodson — "a good officer, a gentle man, a nice guy" — didn't belt Gray in because of his "violent and erratic behavior" that included screaming and kicking with such force that the wagon shook. Gray continued thrashing around in the van for several stops, the attorney said.

"He did his job, and he followed instructions," Graham said. "Freddie Gray's death was a tragedy, but convicting a good officer just to assign blame would make a tragic situation worse."

Graham told the judge that the assistant medical examiner who performed Gray's autopsy and ruled his death a homicide initially told an investigator it was "a freakish accident" before meeting with prosecutors and changing her mind.

"It was the result of a pressurized investigation," Graham said.

"I had an open mind, and after reading the medical records and performing the autopsy, that's when I said, this is not an accident," she said. "The word 'accident' never crossed by lips."

Allan conceded that medical evidence by itself doesn't prove that Gray suffered his spinal injury between the second and fourth stops. But she said when she reviewed witness statements and other investigatory materials, she stood by her conclusion.

"Without the recorded statements I can tell you it happened in the van, but not when," she said.

She also said Gray's spinal injury could have occurred because the van sped up or slowed down — but because Gray wasn't belted and, in her opinion, was standing up, he could have suffered his injury even if the van hadn't been speeding or moving erratically.

Rough rides, nicknamed "nickel rides" after rides at an amusement park, have been the subject of lawsuits in Baltimore and other cities.

Dondi Johnson died of a fractured spine in 2005 after Baltimore police arrested him for urinating in public. Police put him in a van without a seat belt, his hands cuffed behind his back. His family said he was thrown into the opposite wall. The family won a $7.4 million judgment, though a cap reduced that to $200,000.

In Philadelphia, police in 2001 barred transportation of prisoners without padding or belts after The Philadelphia Inquirer reported that the city had paid $2.3 million to settle lawsuits over rough rides that paralyzed two people.