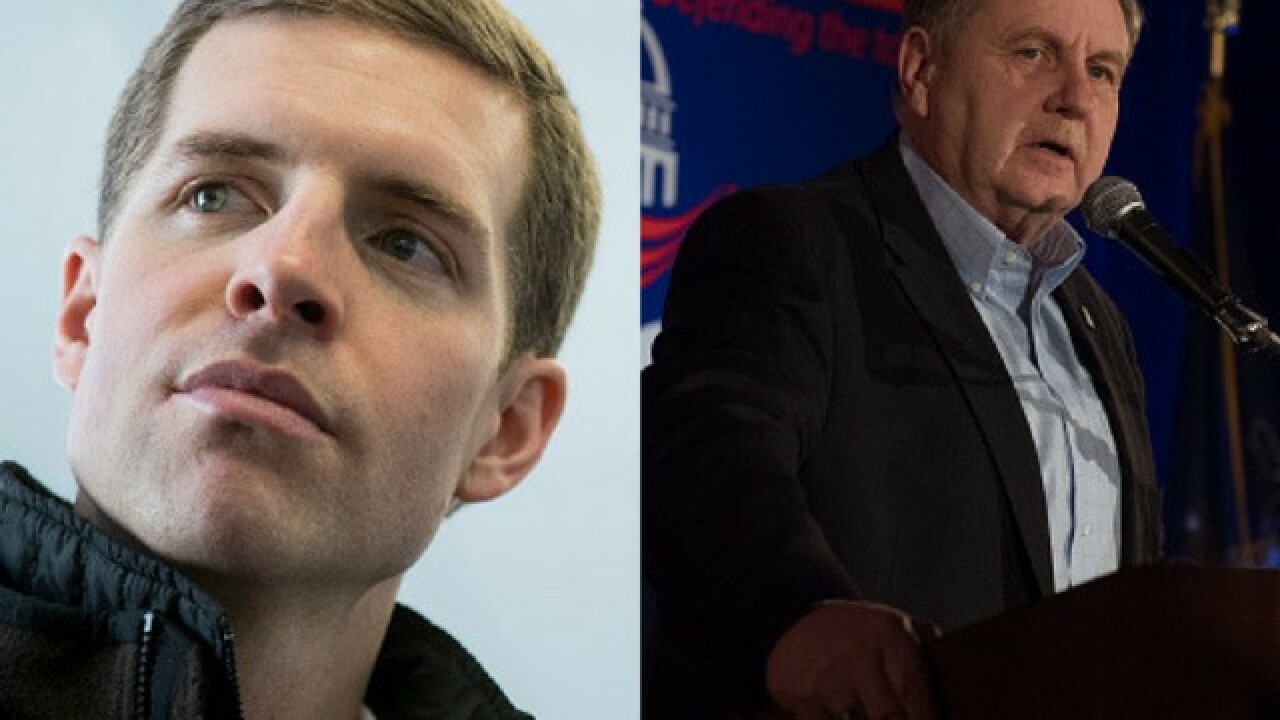 Image copyright 2018 Getty Images. All rights reserved. This material may not be published, broadcast, rewritten, or redistributed.
<p>The special Congressional election in Pennsylvania between Democrat Conor Lamb and Republican Rick Saccombe is still too close to call.</p>

Republican Rick Saccone's campaign has instructed the four counties in Pennsylvania's 18th District to preserve ballots and voting machines, a first step in preparation for a potential recount following the close special election.

With election day over and absentee ballots counted, Saccone trailed Democrat Conor Lamb by 627 votes in a district where President Donald Trump won by 20 points. But Saccone had not yet conceded the race Wednesday and now appears poised to challenge the result.

Automatic recounts are not mandated in Pennsylvania congressional races, according to the state law. There is a process in place, however, for Saccone's supporters to request a recount when the counties have all the provisional and overseas military ballots and they have been counted.

The campaign is also challenging Allegheny County officials over the initial exclusion of one of its attorneys from the vote count, according to a letter to the county from Kathleen Gallagher, the attorney representing the campaign. "While we were finally able to obtain compliance with your inappropriate preconditions, the delay deprived the campaign of the right to have counsel present during the computation reporting process," Gallagher wrote.

The campaign sought assurances from country officials that its lawyers would not be blocked from observing canvassing.

Allegheny County spokeswoman Amie Downs told CNN that a person lacking authorization to be in the room where absentee ballots were being counted was blocked from entering, but was later allowed back in when the person was approved to be there.

Meanwhile, the NRCC plans to launch a digital push to solicit reports from voters of irregularities they witnessed or difficulties they had in casting ballots, Gorman said. Bob Branstetter, a top Saccone aide, said Wednesday morning that the campaign fielded calls on election day from voters who were confused about the new Pennsylvania congressional map, which will be in effect during the November election.