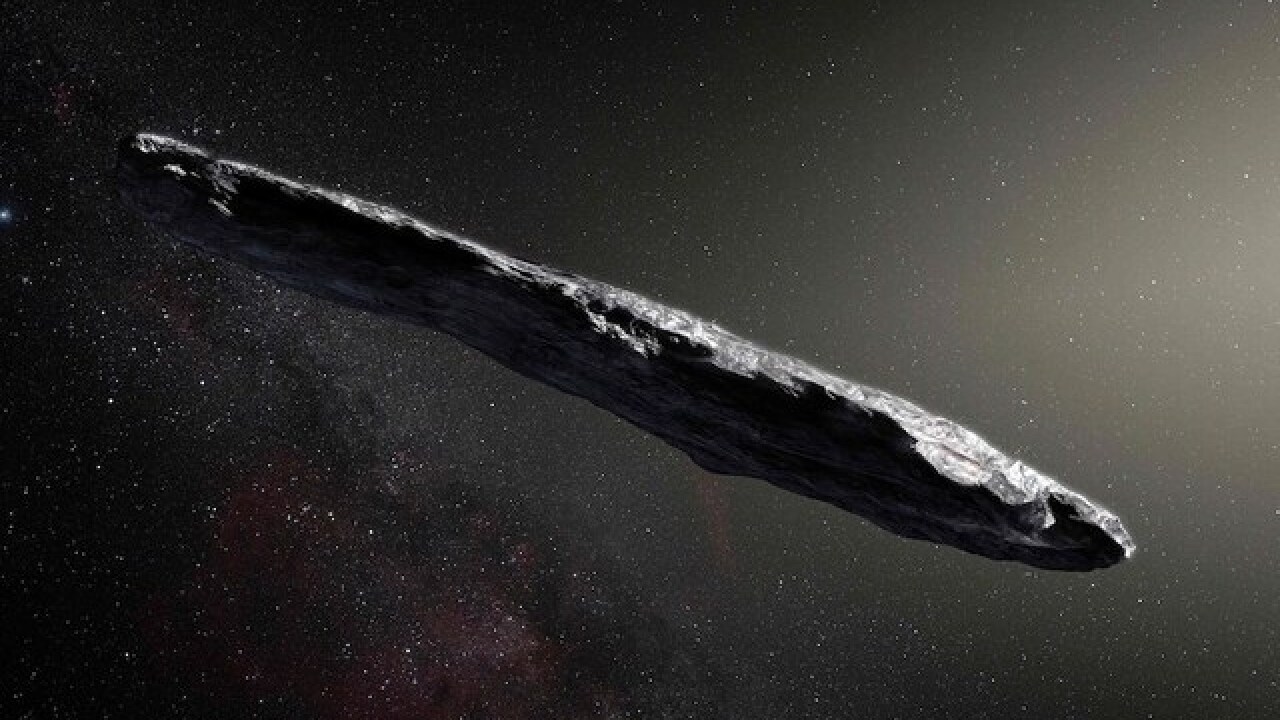 It is possible the "Oumuamua" space object that went past the sun in 2017 is an alien object sent toward Earth to observe our civilization.

Scientists said it has high speeds and an unusual trajectory, as it has come from outside of our solar system.

The interstellar visitor appears to be the size of a stadium, reports say.  Scientists believe its shape and speed set it apart from the usual comets and asteroids they see.

A pair of Harvard researchers are raising the question of whether this object belongs to aliens, and their comments will appear in a Nov. 12 edition of "The Astrophysical Journal Letters".