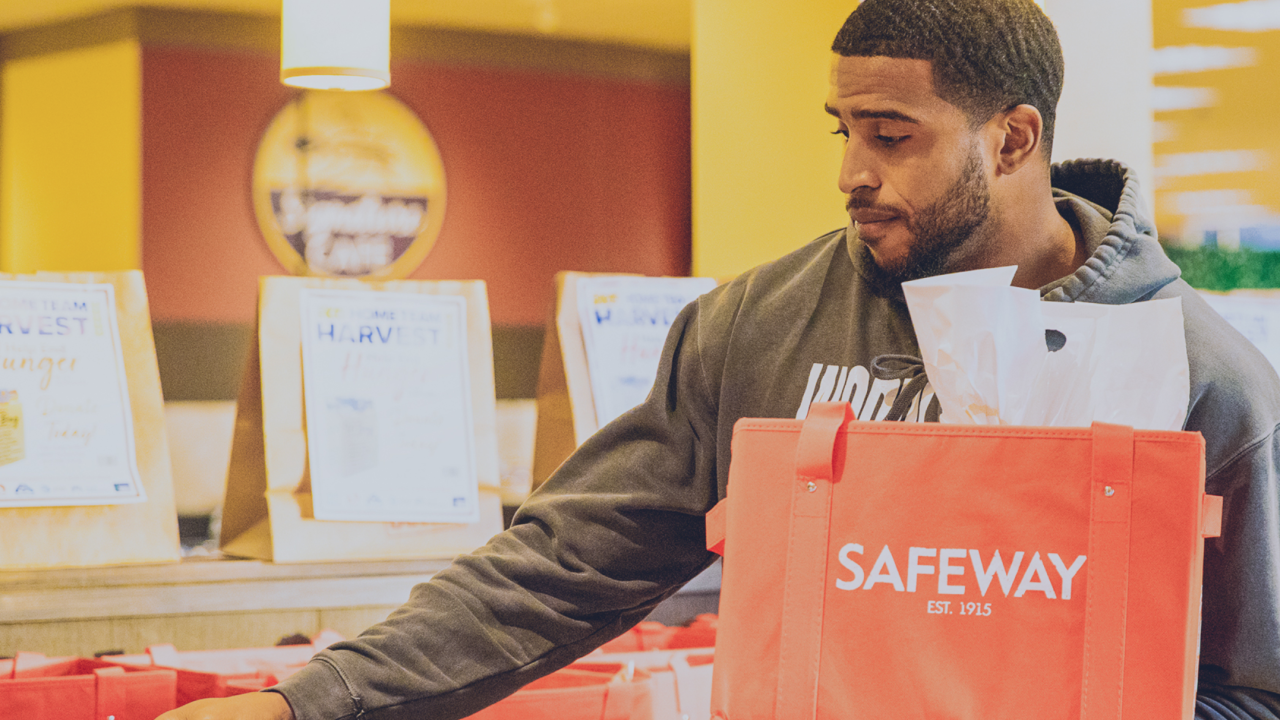 Wagner previously supported the construction of nine "tiny" homes for low income families in Seattle. He was at the Safeway on Tuesday to box up Thanksgiving groceries to continue his support for those families.

But Wagner was really in a giving mood.

While at the Safeway, Wagner told the store he would pay for everyone's groceries. For 30 minutes, cashiers at the Safeway rang up conveyor belts full of groceries just days before Thanksgiving, with Wagner picking up the tab.

To Wagner, the photo op had already ended, and he didn't plan on advertising the good deed. But being a star player for the local NFL team gives one notoriety, and thus quickly the world found out through social media.

But by the time news cameras arrived at the Safeway, Wagner was already gone.

But on Wednesday, he was asked about what prompted him to spontaneously give back to his fans.

“When we were waiting, I saw everyone Thanksgiving shopping and I thought it would be cool if when they went to the cash register they didn’t have to pay,” Wagner told reporters on Wednesday. “So, I secretly tried to say that I was paying for their meals.”

Wagner acknowledged how much this meant to the families he assisted.

“When you grew up and seen maybe some of your classmates that maybe didn’t have food, or depended on that meal that they got, that kind of spiraled everything to it," Wagner said. "I went to a school and found out that kids who didn’t pay off their food debt, it followed them until they paid it off, and I thought, ‘I’m pretty sure that debt can grow pretty crazy.’ It’s just little things.

"When you go and walk the street and you see a mother with her kids sitting on the side of the road because they don’t have a home you just sit and think, ‘What if that was me? What if that was my family, my sister, or whatever?’ I think it’s those experiences, you just walk in living life, and being grateful for the position that you’re in, and try to help people when you can.”

Wagner has certainly earned the opportunity to give back. Wager signed a three-year, $54 million contract extension earlier this year after being named to the Pro Bowl five straight years.

Wagner is on track for another Pro Bowl appearance as he is third in the league in tackles with 105.