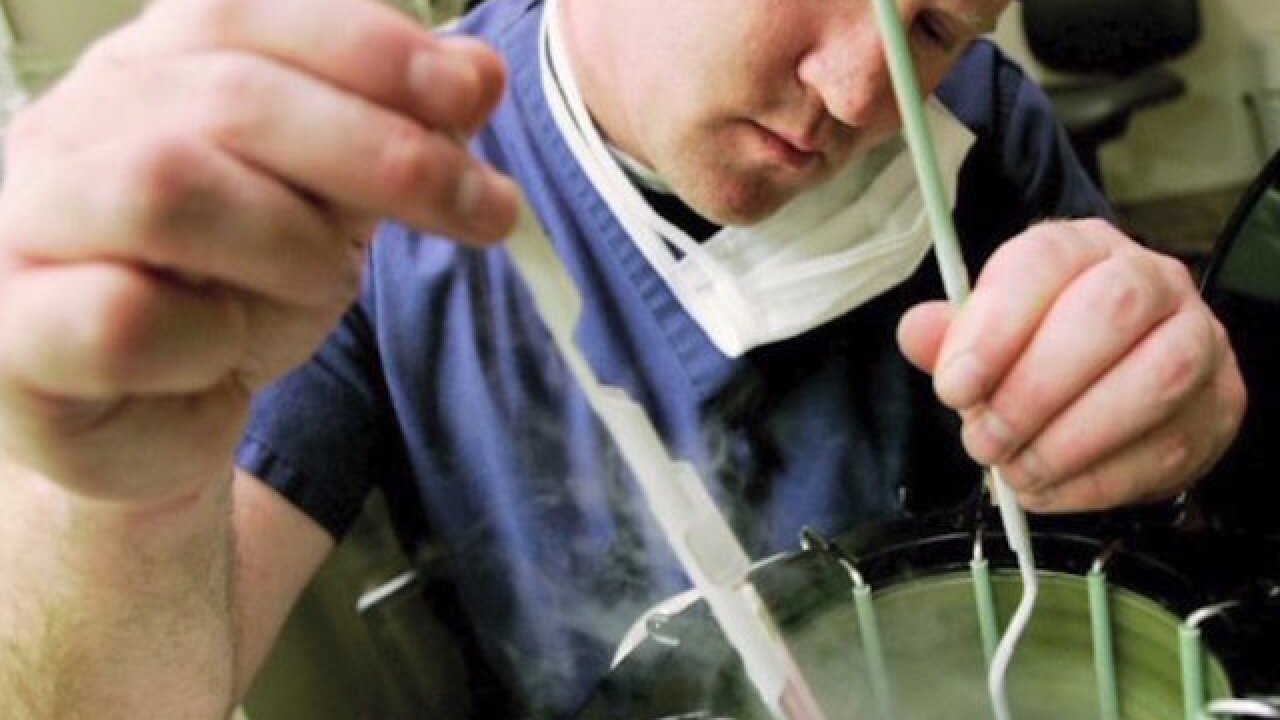 © 2018 Cable News Network, Inc.
CNN
<p>More than 2,000 frozen eggs and embryos have been left compromised at the University Hospitals Fertility Clinic in Cleveland fertility clinic after a malfunction caused temperatures to drop in the freezers storing them last weekend.</p>

Some eggs and embryos at a San Francisco fertility center may no longer be viable after a storage tank malfunction.

The Pacific Fertility Center said a piece of equipment in its cyro-storage laboratory "lost liquid nitrogen for a brief period of time" on March 4.

It is the second clinic to report a fault that weekend.

In an unrelated event, more than 2,000 frozen eggs and embryos were also left compromised at the University Hospitals Fertility Clinic in Cleveland after a malfunction caused temperatures to drop in the freezers where they were stored.

In a statement, the Pacific Fertility Center said "viable tissue" had been recovered from the one tank affected and that "the vast majority of the eggs and embryos in the lab were unaffected."

The equipment was immediately retired and the facility is now operating securely, according to the statement.

"As soon as the issue was discovered, our most senior embryologists took immediate action to transfer those tissues from the affected equipment to a new piece of equipment."

The center said it had brought in independent experts to conduct a full investigation and was reaching out to its patients: "We are truly sorry this happened and for the anxiety that this will surely cause."

The clinic's president, Carl Herbert, told the Washington Post that staff had spent days sorting through records to establish which patients had tissue inside the affected storage tank, before clinic doctors called them.

"Anger is a big part of the phone call," Herbert told the Post. "Our goal is to provide all the patients we see with some kind of a family. ...We need to think: If this tissue doesn't work, what are the next steps, and have you not feel defeated."

The equipment malfunction at the fertility clinic in Cleveland that same weekend affected about 700 families, University Hospitals reported in a statement Thursday.

"We are incredibly sorry this happened. We are committed to getting answers and working with patients individually to address their concerns," the University Hospitals statement said.

The eggs and embryos have been moved to a different cryotank in the meantime, but their viability remains questionable.

The dilemma for those involved is that their eggs and embryos have to be completely thawed to determine whether they are still viable, but if thawed, they cannot be refrozen.

The facility has set up a call center for patients to arrange and appointment or calls to speak with their physicians.

"At this point, we do not know the viability of all of the stored eggs and embryos, although we do know some have been impacted," said Patti DePompei, president of UH Rainbow Babies and Children's Hospital, in a video posted Thursday on Facebook. "Right now, our patients and families are our first priority."

Many people have been sharing personal concerns on the hospital's Facebook post. One, Marc Ellis, wrote, "my wife has eggs at that hospital...shes going crazy crying all morning...I don't know what to do..."

Another, Amber Ash, wrote how sick she feels having two embryos involved in the malfunction, adding, "there is so much grief and a lack of control in the world of infertility and this compounds it."